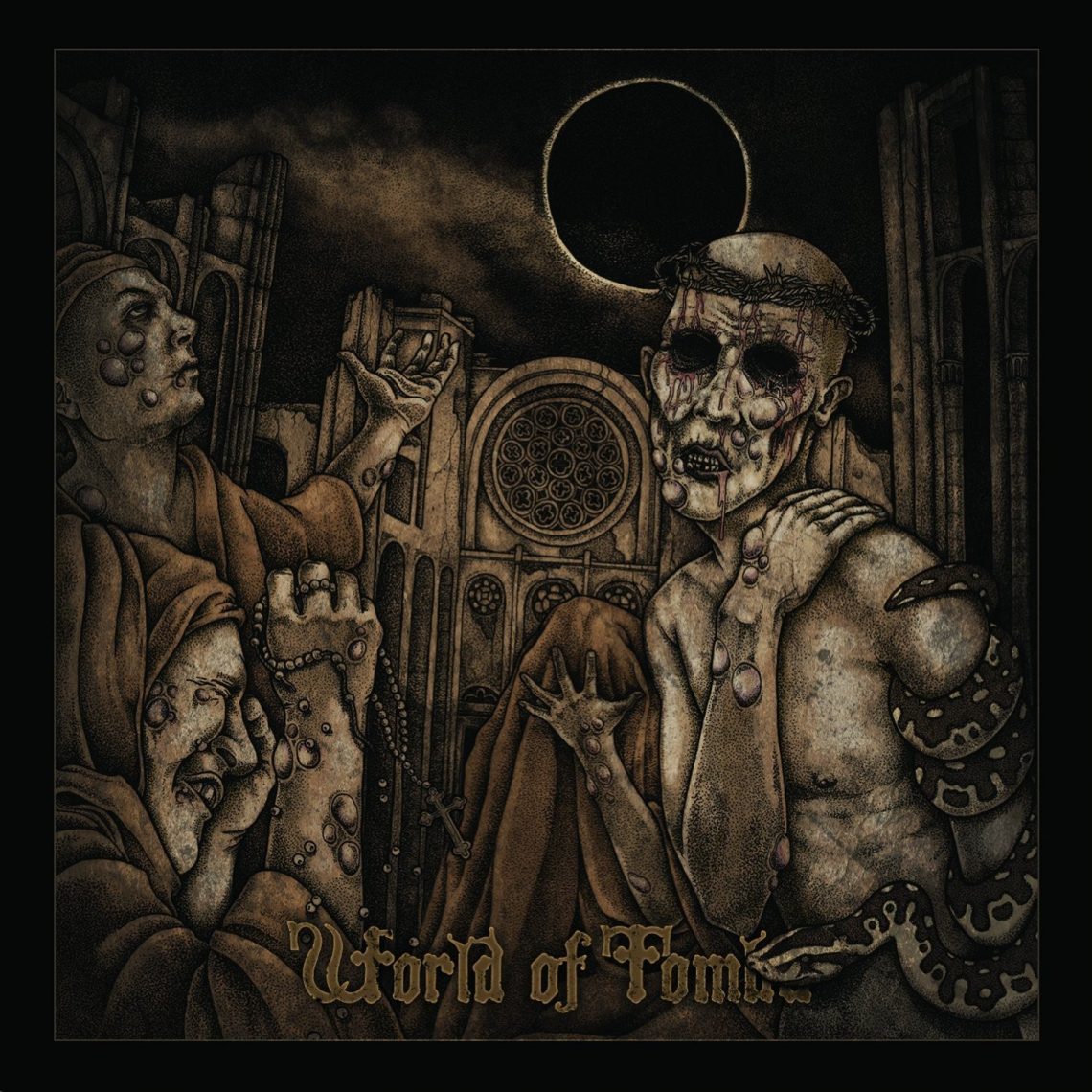 Aarhus, Denmark’s Horned Almighty continue to carve themselves a permanent fixture in black metal’s underground with their latest release on Scarlet entitled “World of Tombs”.

Taking cues from black metal, death metal, punk, and even hints of thrash, “World of Tombs” is a well-produced ten track assault on the divine and pure. Having released records over the last few years on Art of Propaganda (“Contaminating the Divine”) and Candlelight (“Necro Spirituals”), Horned Almighty haven’t lost the dirty punk edge of their early career as much as they’ve made their assault more focused, guided, and organized. This is first noticeable in the album’s production which is bold, thick, clear, and robust. The guitars on the album are very powerful and up front with the bass present just enough to give a nice backbone to the drums that carry each song really effectively. I would have personally liked a little more snare present in the drums to accent the attitude of the riffs, but nonetheless tracks like “of Flesh and Darkness” and “Diabolical Engines of Torment” are thrashing black metal / punk ragers.

If you’re familiar with bands like Impaled Nazarene, Carpathian Forest, and other “black n’ roll” bands you will recognize the approach of Horned Almighty. Simon Petersen’s vocals are also a powerful addition to the band’s sound and his strong mid-range death metal style delivery adds fullness to the songs despite not offering much in terms of stylistic diversity. Also interesting and enjoyable is the catchy guitar hooks, particularly on tracks like “Blessed by Foulness” that taste familiarly like the best of early Hellhammer and Celtic Frost done in a modern, rather than corny retro fashion.

To top things off, the cover of “Twisted Mass of Burnt Decay” absolutely crushes and is a perfect addition to “World of Tombs” as a foul, putrid, yet well put together offering of filthy metal madness. Fans of old school metal that yearn for modern bands taking proper cues should look no further and fully enjoy this record. 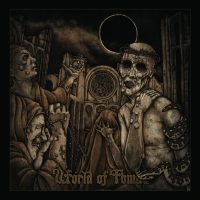