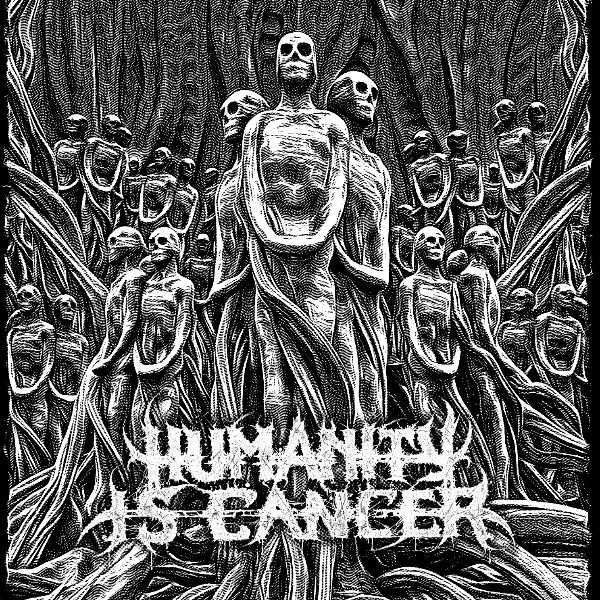 Humanity is Cancer is currently seeking a home for the release of their upcoming self-titled EP. Any interested parties should contact ThomasHaywoodjr@gmail.com

Combining the heaviness and raw energy of classic death metal with the brutality and ferocity of modern extremists, Humanity is Cancer is as much of a reminder of extreme music’s roots as it is a breath of fresh poison. Expect no prepackaged gloss, no flash, and no nods to current trends. What you should expect is the only true certainty, the cold grip of death.

Humanity is Cancer was created as a writing outlet for Thomas Haywood (ex-Abigail Williams, System Divide, Aborted) since his temporary departure from the extreme music world in 2010 . Originally, Humanity is Cancer started with two key members, Thomas and his good friend, the infamous, Dirk Verbeuren (Soilwork, Scarve, Aborted, Devin Townsend, etc). Unfortunately, Dirk became increasingly busy with touring and session work and had to unfortunately opt out.

Despite this set-back, Thomas sought out others to aid in his vision, and eventually found the perfect compliments to his writing style, vocalist Noah Buchanan (Solipsist, From the Hellmouth) and most recently drummer Lyle Cooper (ex- Faceless, Abhorrent). With the influx of deathcore most present in the States, Humanity is Cancer has set out to create true death metal, respectfully nodding to those who have paved the way.. ala Morbid Angel, Immolation, Cannibal Corpse, Deicide, and Vader. Prepare for the coming…

This article has been written by more than one member of the All About The Rock team.