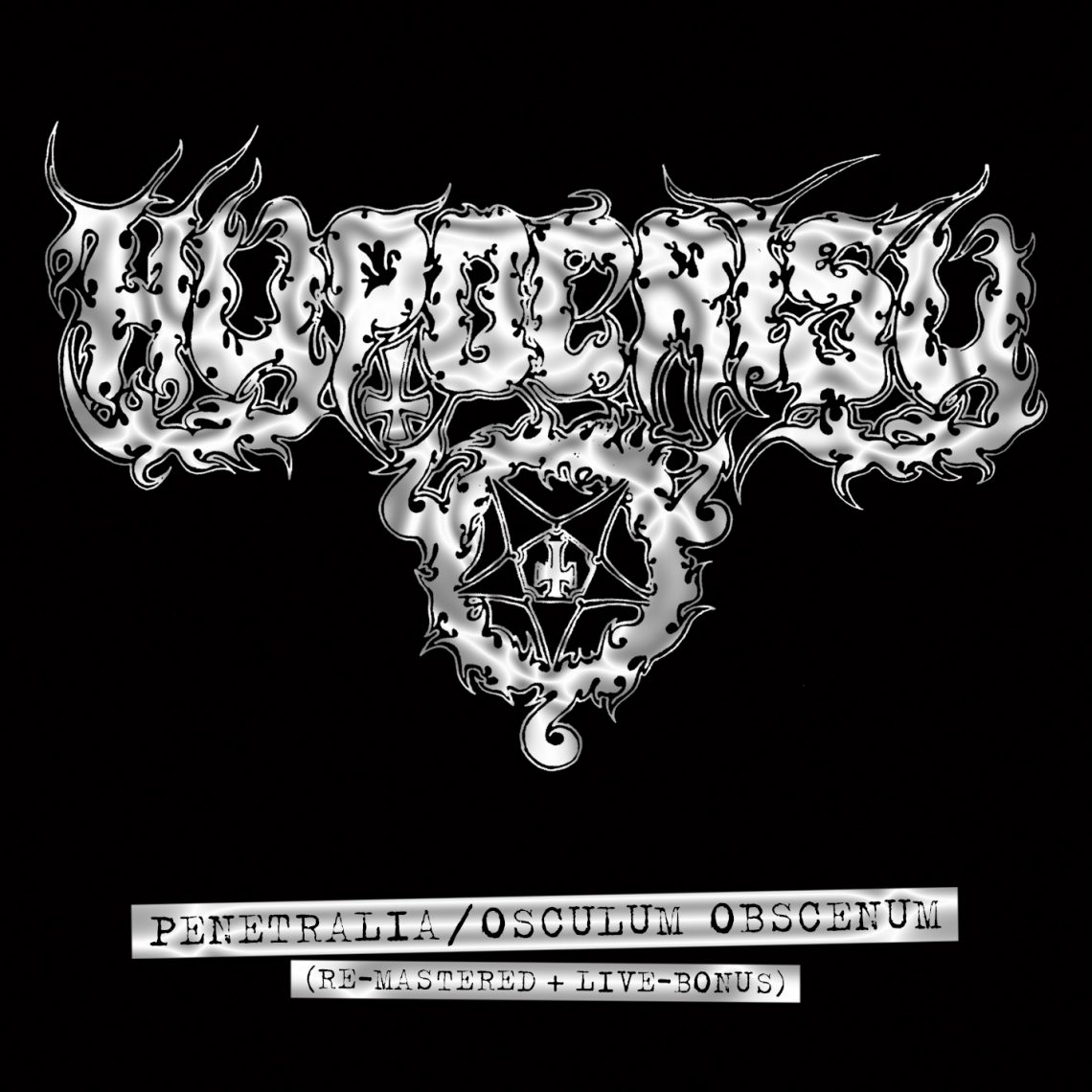 Swedish death metal band Hypocrisy have been going since 1990, and during that that time the band has produced twelve albums of outstandingly brutal death metal.  With the recent release of their latest album, End of Disclosure, the decision was made to re-release their first two classic albums – Penetralia and Osculum Obscenum – both remastered and enriched with extensive bonus material as a limited edition 2CD box.

Penetralia was originally released in 1992 and, although not particularly innovative, was a well excecuted album of crushing death metal with suitably eerie guitar work, hellish screams, and epic riffs.  Listening to it now, 21 years (!) after its initial release it’s still as relentless and pulverising now as it was then.

The follow-up, Osculum Obscenum, was originally released in 1993, and has more of a black metal edge to it, while staying true to their death metal roots.  Again, none of it is overly groundbreaking, but it’s well done and has also stood the test of time.

To be honest, it’s  difficult to choose any particular tracks of note – simply because both of these CDs are fantastic from start to finish.  The remastering is nicely done and has managed to retain the original feel of the albums while improving the sound quality quite significantly, and the inclusion of the live bonus tracks is a nice touch.

If you already have these albums there is probably little point picking up this limited edition, but if you don’t have either and are a fan of atmospheric death metal I would highly recommend getting your hands on this !