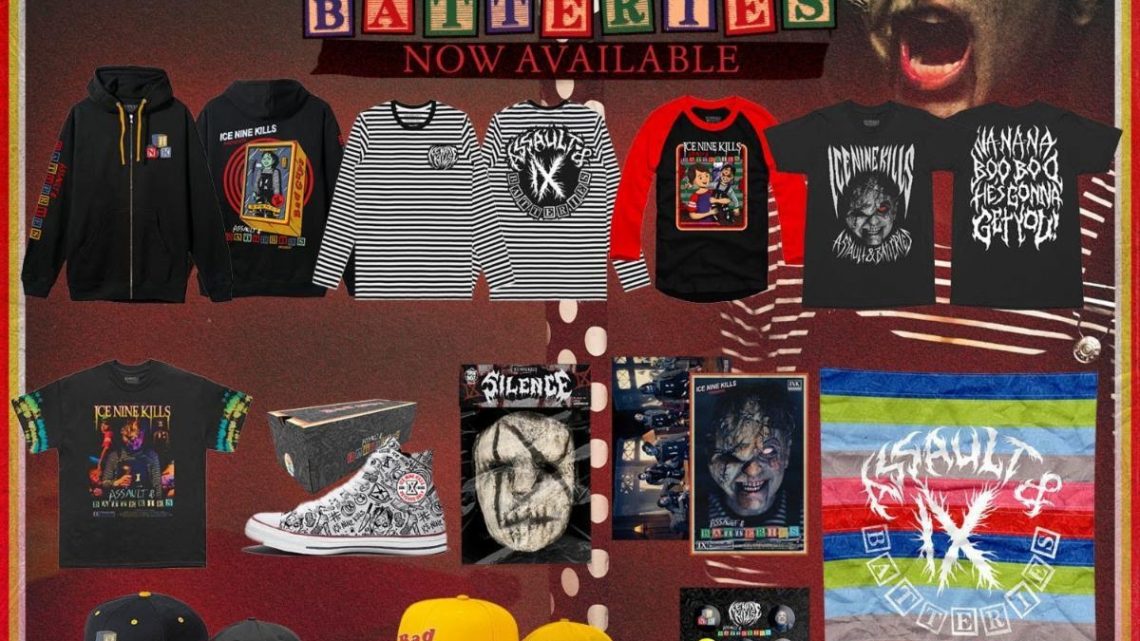 Slashercore outfit, Ice Nine Kills have continued the roll out of their highly anticipated new album ‘The Silver Scream 2: Welcome To Horrorwood‘ (out October 15th via Fearless Records) today with the release of brand new track and official music video for “Assault & Batteries“. The new track is inspired by the Child’s Play movie franchise that spawned the iconic, psychotic killer Good Guy doll, Chucky. Stream the track here

“It was only one month ago that we painted the walls of Wall Street red with the release of ”Hip To Be Scared.” Now, we proudly present, “Assault & Batteries, a brutal ode to an iconic two-foot tall demonic doll.”

To celebrate the release of the new album, Ice Nine Kills have also announced details of a special film event in London entitled ‘Welcome To Horrorwood’.

Taking place on September 8th at the Everyman Cinema at Screen On The Green, guests will be given an exclusive first look of a brand new music video from the upcoming release, plus some surprise appearances at this unique experience with many photo opportunities for guests.

The band also released their latest Nightmare On The Ninth merch capsule in conjunction with the new track/video. All items are available for a limited time here.

‘Assault & Batteries’ follows the release of “Hip To Be Scared“, the first single from ‘The Silver Scream 2: Welcome To Horrorwood’, that paid homage to the Bret Easton Ellis classic, ‘American Psycho’. The track has already clocked up 2.6 million streams with 1 million YouTube views. 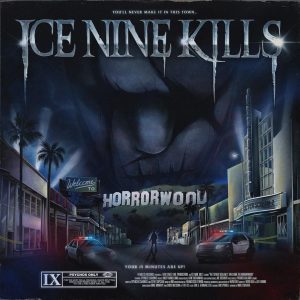 Helpless teens, unhelpful authorities, supernatural forces, masked killers, and “final girls” abound in the shocking, blood-soaked songs of The Silver Scream. Each piece focused on a different horror classic, including “The American Nightmare” (A Nightmare on Elm Street), “Thank God It’s Friday” (Friday the 13th), “Stabbing in the Dark” (Halloween), and “It Is The End” (It). For 2020’s ‘Undead & Unplugged: Live from the Overlook Hotel’ EP, the band recorded in the location used in Stanley Kubrick’s The Shining, the inspiration behind “Enjoy Your Slay,” featuring Kubrick’s grandson, Sam.

The band’s synergy of music and lifestyle draws favorable comparisons to Slipknot and Rob Zombie and saw them become recent recipients of the prestigious Clio Award for Music Marketing for their “Merry Axe-mas” mobile game. Visionary trailblazers and multimedia raconteurs, INK built a thrilling world for a growing legion of devoted true believers, with theatrical shows, high-concept videos, and inventive band-to-fan communion. With 1.3 million monthly listeners on Spotify, 405 million career streams, a combined social media reach of over 950k, over 71 million views on YouTube, the band are firmly cemented as one of modern metal’s most vicious forces.

Return of a Rock Goddess Jaime Kyle Announces Her New Album and the Release Date for its First Single, ‘Wild One’