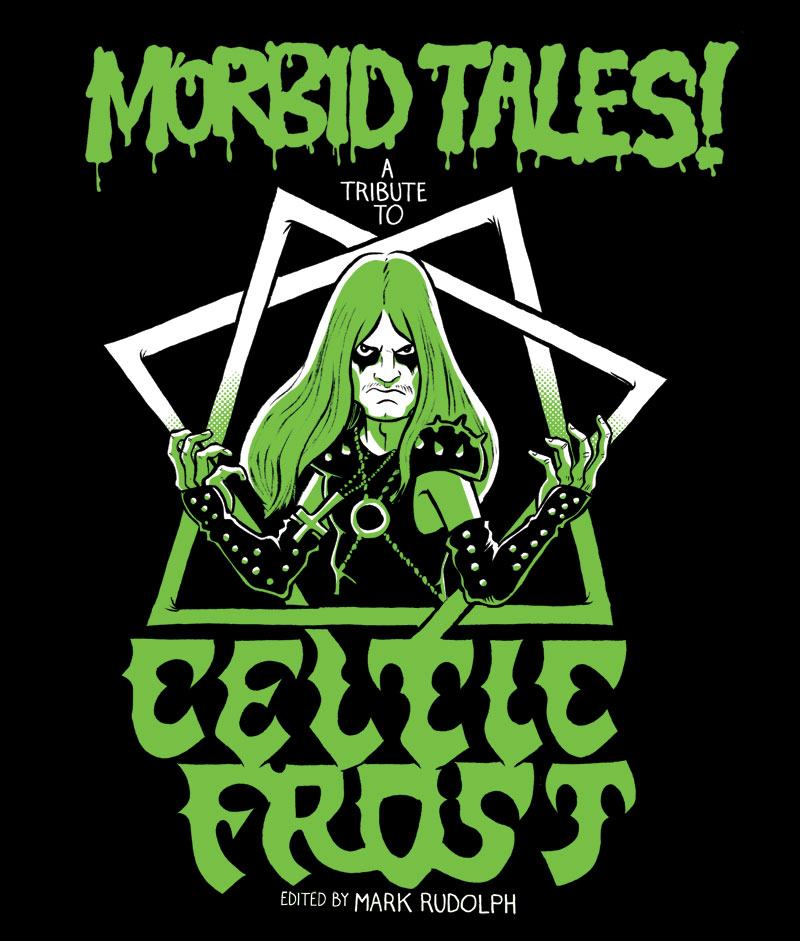 An Illustrated Tribute To Celtic Frost Coming This Year!

The book is the creation of Mark Rudolph, an illustrator and cartoonist who has designed artwork for bands like Carcass, Coalesce and Behold! The Monolith, in addition to appearing monthly in magazines such as Decibel:

Finally I’m able to share this new anthology that many have been feverishly working on for the better part of 9 months. The second in a trilogy of metal-centric books (see 2012’s Satan is Alive: A tribute to Mercyful Fate), Morbid Tales! is a less literal take on the subject matter than the Mercyful Fate book, this time documenting fictional/factual history and delving into the world created from Frost’s music instead of translating lyrics.

And I’m partnering With Kenneth McNabb at Corpse Flower Records (a new vinyl only label) to produce the book and a limited edition LP of covers (to be announced soon) to be released later this year. Stay tuned for more information about preorders (coming up next month) and more peeks inside the book.

The covers record will be a vinyl only (with download code) and more about the artists featured on it will be announced soon. It’s a varied group of bands covering all and I mean ALL eras of Celtic Frost. I grew up with ‘Morbid Tales’ and To Mega Therion’, but I have a deep love for ‘Vanity Nemesis’ and ‘Cold Lake’ too. I wanted all aspects of Tom G. Warriors projects represented.

If that has left you wanting more then check out this video trailer below:

The Vibrators return with new album!