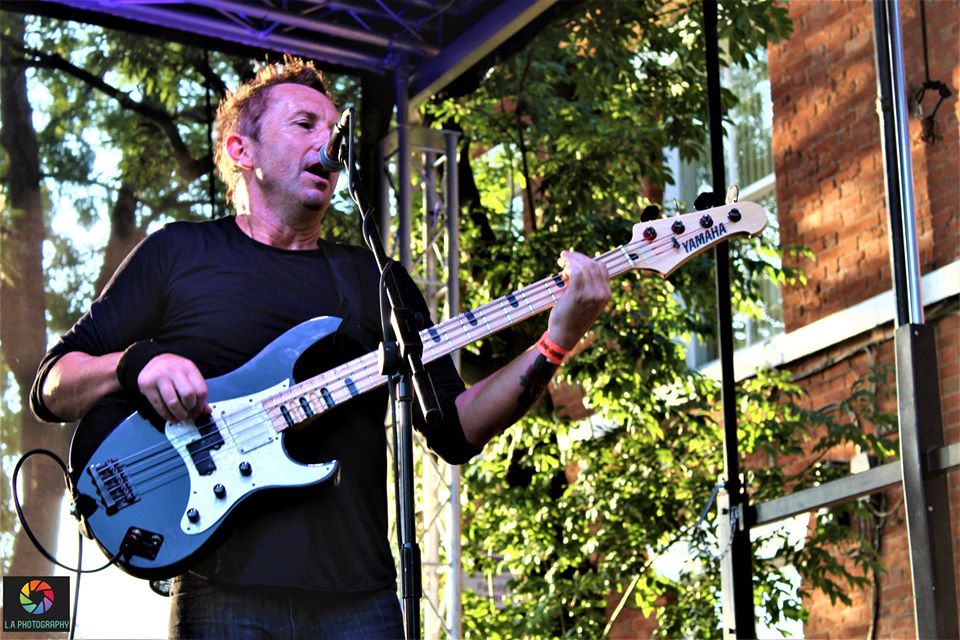 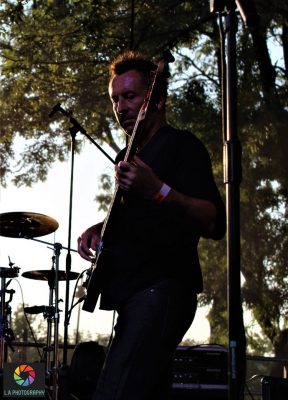 I catch up with an old friend & bass player from a band we caught up with over summer, a band that we have been following for a long time.

Lee Andrews of Rock band ‘Marseille’. We talk all things music, read on to see what Lee had to say.

Hey Lee thanks for taking time out to speak with us today!

How old were you when you started playing an instrument – what did you play?

I played drums at school, I heard Eat ‘Em And Smile and that was a game changer.

School? That was a few decades ago Lee! (chuckles!)

So what made you change to bass, and why bass over guitar?

See above! Everyone seemed to want to be the show off and after hearing that album I kinda liked the difficulty in showing off on a bass

What model do you use and why?

I use the Yamaha Attitude Ltd2. It came as a result of Billy Sheehan cutting out a hole on his old Fender and installing an EBO neck pickup – and not knowing how to merge the signals from the added second pickup decided to have a separate channel – 2 amps, 2 sets of processing/compression, 2 sets of speakers.

What do you prefer fretted or fretless?

Fretted, I don’t play anything that requires a fretless.

Now it all makes sense – you are a fret wanker! (chuckles). Who are some of your favorite bassists?

Billy Sheehan, one of thee most profound bassists of all time! The man’s a legend! Probably the only bass player I know who has won ‘Best Rock Bass Player’ 5 times with Guitar Player magazine for his ‘lead bass’ playing style. His technique is just second to none.

What kind of music do you enjoy playing, have you always played this style?

Aggressive/complicated rock music primarily, then everything else I need to know how to play depending on the situation.

Can you give me 3 reasons why being a bass player is the most important position within a band?

Yes! I have to make the drummer sound better, and pinned down, I see my role as the glue that gels everyone, and lastly – to me it’s the coolest instrument that you get some amazing harmonics out of when you dig real deep into your own playing.

If you could change anything within the music industry what would it be and why?

I’m going to go with it’s solely about gaining someone else money, it’s getting people to make quick money and there seems far less focus on ‘people need to hear these guys’..

The way I see it there’s too many fingers/people trying to squeeze money from bands nowa days, management, labels, tour managers, PR companies. If bands did their research and networked at festivals in the press area, instead of either leaving early and not staying until the end or just hanging out with friends they would meet people who can push their bands in radio/magazines/webzines – willing to interview and air play their band for nothing – this is where the PR companies are making their money when bands can essentially get this for free. They just have to know the right people willing to help. Tour managers take a cut of each gig, labels take a cut from the tour and at festivals and on merch and record sales.

Remember the days bands used to go to festivals and hand their demos out on cassette to people, and sorted their own gigs out?! Its crazy how times have changed and its all done online now and done through other people!

Can you tell me what has been your favorite album of 2019?

If I had to pick one… Slipknot’s We Are Not Your Kind. Listen to Orphan – such a nervy build up before Cory opens with ‘I wept…’. Such a ballsy track.

Well you do surprise me I didn’t have you down as a Slipknot kinda guy, I had you down more as a Barry Manilow type – all pipe and slippers kinda guy – (chuckles)!

Well I hope 2020 brings you new and exciting prospects on the music front, we hope to catch you with one of your many bands. You will have to keep us posted as to when, where and with which band you will be playing.

Here at AATR headquarters we wish you a happy and healthy New Year!

Same to you guys!