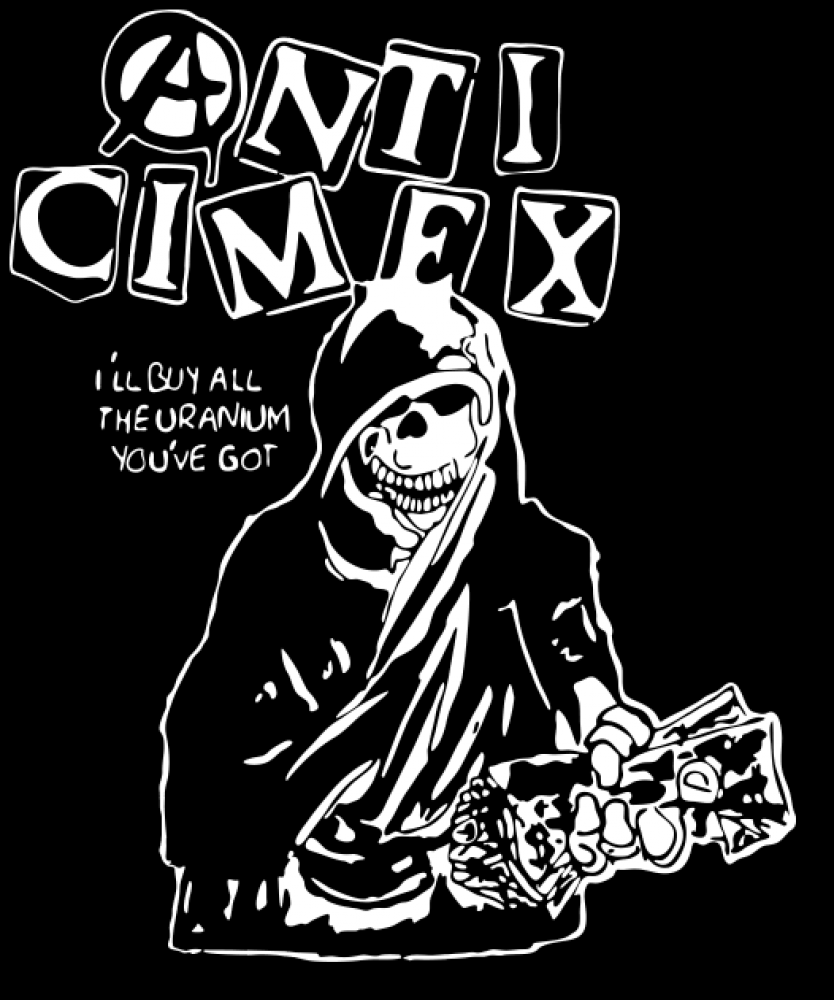 Anti Cimex were a Swedish hard punk band founded in 1981.

They were one of the first bands to define Scandinavian hardcore punk.

Today we took time out to go and speak to the guys.

Hi Charlie, how are you guys doing this evening?

We’re doing just fine, except that we are alcoholics, dead, drug addicts and old as hell!

Thanks for taking time out to speak to us today.

No worries. It is we who should thank you for doing the interview!

We see that you guys have been filming a documentary which will continue filming after summer, how has this been going? Can you tell us a little bit about this?

It´s a one man project where he wanted to do a documentary about us. He started four years ago and we are maybe one quarter ready. You see, our vocalist Jonsson, is either drinking his head off or at a home for alcoholics. And you never know where it starts or where it ends. Our guitarist Cliff says ok to do the movie but then he is never available because he thinks we are faking it. And that poor filming guy are paying everything out of his own pocket, as well as having two toddlers, newly moved to a house and working his arse off on the television company where he is employed. Not so easy to be effective in this case!

This year we see it has been 35 years since ‘Raped Ass’ was released and 25 years since you released ‘Scandinavian Jawbreaker’.
Do you feel as a long-standing band that milestones like these have really pushed you and makes you stronger musically?

We have always done the music that we liked ourselves. We never needed to talk about what music were gonna play, it was obvious, it just flowed out of us!

With such an extensive back catalogue, is there any songs you would like to go back and change, or do you just focus on what’s happening now?

Nah, every record is like an time stamp, it reflects the band at that specific moment. But I would like to go back and had another shot at some records at other studios. But its all a hypothetical question, they are what they are. And not much happening now, except offers to reunion, which we always turn down.

Has your attitude to music changed over the years?

No, not really. Still looking for the anger and that special feeling in music, both in the music I play and the one I am listening too. But, of course, were past 50 now so taste have slightly changed, or rather broaden.

When you go out and play a gig, do you focus your set on mainly new material or do you like to mix it up and throw in new material?

We always did mix new and old stuff, but preferred to play new material. As mentioned before, we didn’t wanna be a crowd-pleaser, we played what we ourselves found fun at the time.

Have you had any particular highs/lows as a band that you and tell us about?
What pushed you through the low times that helped you keep a level head?

High is the band itself, lows are everything around it. Sometimes we would rather stay in the rehearsal, jamming and drinking, rather than travel to a gig. We never had any ambition to be famous or anything like that.

Curveball question – has there been any particular gigs/events that have stood out for you for all the wrong reasons? Like a gig from hell?

Well, loads of them! In the beginning, we drank way too much. I even once fell off the drum chair. Our guitarist fell asleep behind his speaker, playing a solo. Our singer was arrested for being drunk and disorderly just before a gig. And about fifty more of these stories.

What are you guys working on at the moment?

Some interviews here and there, some re-releases, just everyday life, and new bands.

What is next for the band?

Thank you for your time today!