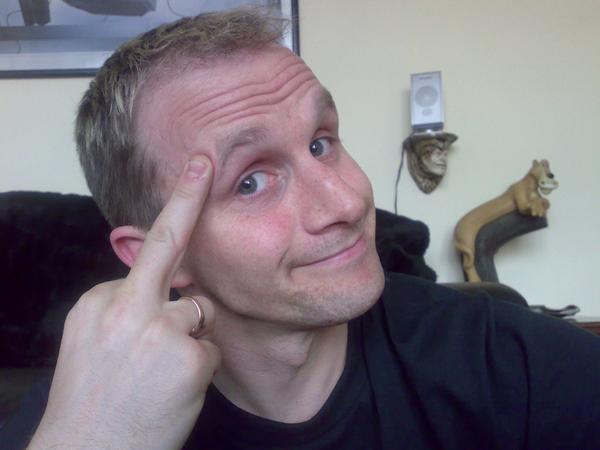 I remember the first time I heard them, it was in 1990 – I was in my first year at secondary school and this band had a split single on the front of Kerrang! entitled ‘Plastic Explosive’.  The single was shared at the time with the other giants of the thrash scene – Testament.

The band in question is one with their own unique genre, the legendary self proclaimed United Kingdom Apple Core, the Square Danciest Band in the World – the one and only ACID REIGN!! And our interviewee is the front man himself Howard ‘H’ Smith.

Acid Reign made it quite big in the late 80’s – early 90’s touring with the likes of Nuclear Assault Flotsam and Jetsam, Death Angel and Exodus, they also released 2 studio albums – The Fear and Obnoxious and also had a few E.P’s – Moshkinstein, Humanoia and a very good cover of Blondies Hangin’ on the telephone. They also released a Worst of Acid Reign album.

Acid Reign disbanded in 1991, each person went their own separate ways and I feel very lucky and honoured to not only have been a fan since I first heard Moshkinstein but also to have been able to make the Official Acid Reign website (www.acidreignofficial.co.uk) and to have have H agree to do this interview for us  – so I would like to take this opportunity to sincerely thank H for not only agreeing to do the interview, but for sharing some of his thoughts and memories with us.

So Acid Reign fans stop salivating, sit back relax and get your fill of this one off interview with the man himself!!

How did Acid Reign get started?

Oh the usual, friends at school wanting to be in a band, AR came together the minute Gaz joined a group I’d been in for one rehearsal. I wanted him in as I loved his playing and we both listened to the same kind of music and had been in another band together (for one rehearsal) before. After that we swapped members around a bit and that was that.

Who were your main influences?

Well Gaz was the main song writer in the early days and he was a massive Sabbath fan, as you can tell on our early stuff. Also we were all consuming as much thrash as possible with the “big four” on constant rotation (Justice came out the day we entered the studio to record The Fear) and lots of other varied stuff too. Dead Kennedys, Voi Vod there was so much good stuff around!

Do you remember the first gig AR did? What was it? (Playing with and where etc)

Oh yes our first and last hometown gig at The Lounge Hall in Harrogate which is now a massive Wetherspoons. It was mental as we’d already signed a recording and management deal, recorded our first album and hadn’t played a gig yet! It was absolutely typical of what our shows were to be like for the rest of our career, loads of messing about, tons of stage diving and a guest appearance by a 20ft tall cardboard cut out of Michael Jackson.

What is your favorite Acid Reign song?

How did you feel when AR split up?

Relieved, it had been on the cards for a while and it was good to finally get the monkey off my back and move on with my life.

Most memorable on stage moment?

Apart from falling off it in Cambridge on the Nuclear Assault tour, probably my balcony dive at the old Marquee at our last ever gig. They aren’t really on stage moments but fuck it ,it’s what I remember!

Who is the best band you have toured with and why?

Acid Reign, because I was in them 😉

What do you for a living now?

I’m a sales manager for an events catering company and I do stand up comedy as my character Keith Platt – Professional Yorkshireman. I’ve been doing stand up for twice the length of time I did music.

Do you still speak to the other AR members?

Not much, mainly over Facebook. We all live in different cities ,pretty spread out.

Fuck me have you got a spare week? Everything and anything. I’ve just got back from seeing Rammstein in Germany; saw the Big Four over there as well. So yes I’m still as committed to metal and thrash as ever. I’ll be thrashing in the old peoples home if I live that fucking long!

What embarrassing song(s) might I find on your MP3 player?

None, I’m cool as fuck.
Who do you see as the next big thing in Rock/Metal that people may not know about?

No one, the days of big things are over.

What words of advice can you give to a new up and coming band who are wanting to make it in the music scene?

The music business has changed beyond all recognition since I was in a band so that’s a tough one. Something that hasn’t changed though is try and find yourself a job with some cool bosses who let you take time off for gigs, and just play the stuff you love. That way if success of any kind comes along it’s a bonus because you’ll be having fun any way.  Remember this, more fights take place in bands over women than anything else; don’t say I didn’t warn you.

A.A.T.R. would like to say a big THANK YOU to H for agreeing to answer our questions and for sharing his experiences and thoughts with us.