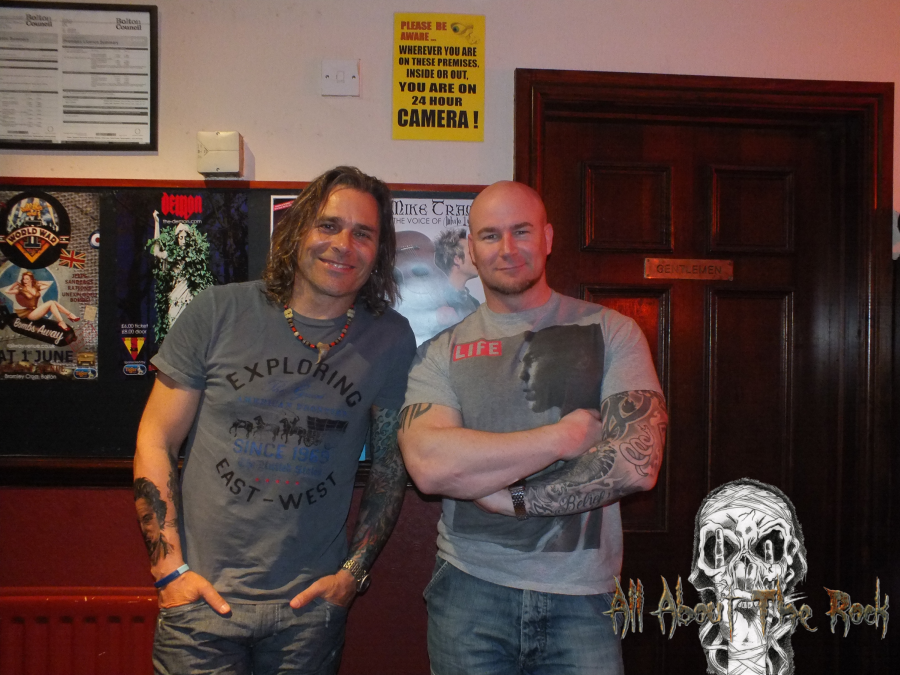 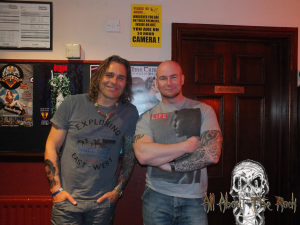 Thanks for taking the time for the interview Mike,

“No problem it’s a complete pleasure”

So this tour you are doing completely on your own, so how does that feel?

When you are playing for a team you can’t always score the goals yourself.

This all started last year when I went into the studio, just to hear some music coming out of the speakers and to write some new songs, I just needed to hear some new music, I didn’t go in there with a plan of recording an album or anything, and at the end of the first day I’d finished the first four songs on this album and at the end of four days the album was done, and here I am just sitting alone with a finished album Id done all by myself and it just felt right even though it was the total opposite of what I did before, and as you’ll here later I’ll be telling some of those stories behind the songs tonight, and that left to think ok I’m not gonna release the album this year.

I started sharing with a couple of record companies and asked what would happen if I started to go out and play now by myself, I’ve never done this before, then I emailed some promoters and some small clubs around Europe and like within three weeks Id booked like 40 shows, I had no idea how this was gonna be and after like the second show I was in the rhythm and really enjoying being by myself and driving by myself and using the time in the car to fight my demons and to talk about what you can hear in the lyrics, all that stuff, I just needed this time.

It became a challenge, of course, I remember the times with the big arenas and half of it was about just complaining, and you think why is that complaining going on cause I’m not a prima donna I’m a kid from the street, but the pressures so enormous that it effects you and so and so. I wasn’t born to be a rock star, when I was given the chance I did it and I did it right but what I’m here to do tonight is the true me, this for me is a complete circle that’s took me back to the beginning except now I’m old enough to make the right decisions.”

So what about the previous bands?

“The whole thing about White Lion breaking up, there were several reasons but I had also grown out of what the eighties were, when you feel a natural growth in yourself and you fight it you can hear it in your voice, I’m not the same Mike Tramp singing on Mane Attraction as I am on the Pride album, hence Freak Of Nature”

For me White Lion’s Mane Attraction was the best album and Freak Of Nature a natural progression but for this album, there’s a lot of introspective songs on there and it’s a very pure and honest album, was that hard to make that choice to expose everything on record?

“Its probably the opposite and the easiest thing to do, the biggest battle I had was in the eighties when White Lion were breaking in America, I was always battling the image of Dave Lee Roth, not him personally but what it represented, the flamboyance, to never answer questions straight, the interview was treated as entertainment and I was trying to keep up with that but failing because I am who I am, I have to tell you the truth. I felt that battle in the White Lion years and you know  a great moment was playing Wembley in between Motley Crue and Skid Row and finding Sebastian Bach screaming about pussy and fighting and here I am say here’s a song about the rainbow warrior ship for Greenpeace and the people were just like open mouthed. I felt it knocking on the door with “Cry for Freedom”, and I just couldn’t play the game like that, so to come back to what most reviewer’s and fans don’t understand is that in the ingredients of the bread that is Freak Of Nature or White Lion Mike Tramp is the flour, and the flour is purely Cobblestone Street. I’d bring Vitto ( Bratta, White Lion guitarist )a song like that and he’d start taking over and in many ways rearranging the songs, they became electrified, they’d start acoustic and then we’d turn them into a band song. Therefore this for me is no departure.”

So its back to the rawest purest form…..

“Exactly, which is why I wouldn’t let anyone into the studio whilst I was recording, no one to say, include this or do that. Primarily Freak Of Nature was written including all band members as that was the opposite of White Lion.

I wanted to be back in a brotherhood, we played together we lived together we hung out together. In white lion Vitto and I only wrote together, that was all. There was nothing else between us.”

There’s always been an honesty in your songs, “92 for example…..

“Yeah have you heard the acoustic version on the album? I just had to do that song, I was at one point going to put Cobblestone Street out as a double album, but I wanted people to digest the songs, what’s the point of having 16 songs on there if they all blend into one another? Its different if it’s a greatest hits album but not for a new album.”

The album is an intense pure honest album……

“That was the dilemma when you are known for one thing, its like when you open your wardrobe and there a pair of corduroy pants in there and you’re like – wow that’s me!?

So on the album with it being so personal is there a favourite?

“It’s hard because the album is all me, so in reality iit’s an album dealing with a difficult first marriage and with my three kids, when I was younger I never thought about anything to fall back on, but my prediction for me I knew how it was going. The song Cobblestone Street is all that it’s how I remember them covering the cobbles with Asphalt and it was the closing of one door and the opening of another”

And as we all know, sometimes change is good……….

Thank you to Mike for agreeing to doing this interview!