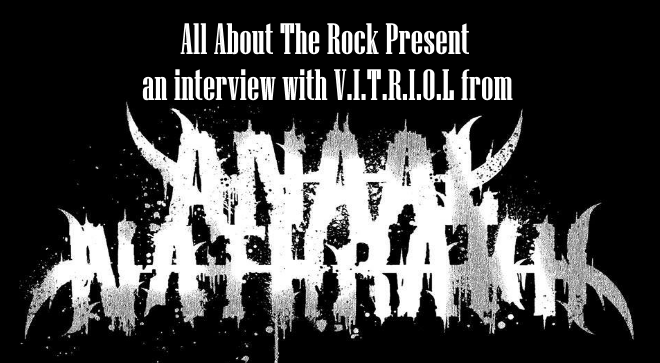 I’d just like to say congratulations on the new album. It certainly left an impression on me and the more I listen to it the better it gets. I keep hearing things that I didn’t pick up previously which draws me back for further listens. I actually think I may have broken a pair of headphones playing it.

Thanks, glad you liked it.  I still hear bits I’d forgotten about myself.

1) The album is like a multi layered horror movie soundtrack. Was this intentional; do you set out to create albums with cinematic parallels?

No, not really. We do both have a fairly visual imagination, so in some ways the music and ideas are attempting to articulate something that we see visually in our heads.  For example, I quite frequently get snapshots of things in my mind’s eye, and in lyrics I’m basically trying to describe it. But we aren’t trying to make music that’s necessarily visually evocative – I think that’s just a property that a lot of music can have.  So if it’s true in our case, it just turns out that way.

2) You recorded and mixed the instruments in California; I notice you did this on Vanitas too. What is it that draws you to recording in America?

That’s where Mick’s house is.  We record everything ourselves – we do everything else ourselves, too, artwork, mixing, production and so on.  So we record either where Mick has his studio gear in California, or where we’ve got gear over here.  We can be pretty flexible, the vocals on Vanitas were recorded over at Mick’s, for Desideratum they were recorded over here.  The guest vocals on one of the songs were recorded in a hotel room at 4 in the morning.  We value the freedom, and appreciate that it puts us in a beneficial position compared to some other people.  That’s why we put the effort into getting the stuff to allow us to do it over the years.

3) The album is incredibly intricate and complex. How do know when an album has reached completion and is ready to go?

We don’t, really. It’s just a feeling.  When you have a very basic idea of a song, you might think ‘verse goes there, move that riff, need a solo on that part’ and so on.  We just keep doing that down to smaller and smaller details until we feel satisfied that it sounds complete.  Very often it’s the little extra parts that you couldn’t have thought of initially that make a song.  I remember hearing an interview on the radio with a keyboard player who just added in a little keyboard riff to a song he was working on as an improvisation as much as anything else – I can’t remember off the top of my head what the song turned out to be, but it was a huge Elvis song or something like that, and the difference it made was along the same lines as the keyboard refrain near the start of Light My Fire – i.e. it was the bit you remember, probably the most important single thing in the song after the overall melody and the vocals.  So you don’t know, until you know, and then you’re done. Can’t be any more specific than that.

4) I love your album artwork. Particularly the minimalist approach to colour. Does the artwork for your albums come after the recording or do you develop the cover concept in tandem?

Usually it comes after the recording – I give Mick an idea based on the subject matter of the album, and he makes it the way he thinks is right.  That’s been the case for most of our artwork, anyway.  So things like colour choices are usually down to Mick, and he likes quite direct images for album covers most of the time. Not having something gaudy helps make an image more direct and powerful, I think.  And of course the imagery in the songs themselves is very often massively bleak and stark, so it wouldn’t be appropriate to throw a hundred different kinds of paint at it.  Bleak, stark songs suit bleak, stark artwork.  Most of the time, anyway.  In the case of Desideratum, I had the idea in mind that an object of desire could be dangerous, that the impulse to acquire it could be very ominous.  And there’s the fact that the origins of the word desideratum, and ultimately of the word desire too, have been thought to have to do with bringing down stars.  So a motif reminiscent of a star seemed the right thing to go with.  But we wanted it stylised, atypical.  It’d have been easy to find a stock picture of a star, but what Mick designed is much more aesthetically interesting, I think.  I hope so, at least.

5) How do you think your sound has evolved since Vanitas?

That’s more something for you to answer, as a journalist.  We just do what feels right.  So as far as we’re concerned our new stuff is just better, and we don’t really think about how that might be.

6) For someone who hasn’t seen the band live before, how would you explain a typical Annal Nathrakh gig?

I can’t stand the idea of acting like a salesman, so I don’t want to answer that.  ‘Yeah, it’s crazy, and really emotional, and the feeling with the crowd is like…’, I don’t enjoy reading people blowing their own imagined trumpets.  It’s usually quite visceral, I’d say, we’ve had some vicious mosh pits, stage invasions, divers and so on.  It wouldn’t seem right for us to play this kind of music and have the live version be some kind of contemplative experience.  Not that it can’t be great to be at a contemplative show, it’s just not us.  Get stuck in.  Live it.

7) I see you are playing at this years Damnation Festival. What is the best festival you have ever played?

They’re all different, and we’ve played a lot.  One of my favourites is Obscene Extreme in the Czech Republic.  It doesn’t have the business-like feel that some festivals can have.  Sometimes festivals can feel like they’re run by corporate middle managers, and I suppose that’s understandable, given how complicated an enterprise the whole thing is logistically.  But that doesn’t mean I have to enjoy that atmosphere.  Obscene Extreme isn’t the only good festival of course, but it specifically manages to avoid that buttoned down feeling, while still being well run, which is mostly down to Curby, the guy in charge. Damnation is good too, dealing with the behind the scenes stuff you get a strong feeling that it’s runs by a load of enthusiasts who are friends and family – real people.  Though I do think it’s outstretched the limitations of the venue it’s been in for the past few years.  That said, I don’t know where else they could go, and it remains a cool gig to play.

8) The musicianship on the album is intense. Do you record knowing that it is going to be difficult to play live; is that part of the challenge?

We don’t think about playing live when we’re making an album.  We think about the album, and only the album.  You have to do it that way, because you’re making something that’s going to be listened to away from a concert context, and you shouldn’t compromise that.  The challenge comes when you’ve made an album and have to figure out how you can do it live. It’s a bit like concentrating exclusively on rowing a boat, and then looking up and realising you’re in the middle of the sea.  But we’ve managed to get successfully back to shore so far.

9)  Are their any bands on the scene now who inspire you? Who would you typically be listening to if you weren’t recording or touring?

Napalm’s enduring ferocity is exemplary.  There are other bands who are good to listen to, but I wouldn’t say they were inspirational.  It’s more a matter of appreciating and/or respecting them.  We listen to god knows what.  I was just listening to Janusz Olejniczak playing Chopin.  I was gutted yesterday because a Chopin concert I had tickets to was cancelled.  I’ve got the Perfect Drug EP on in the background at the moment, largely because the sound of it, more so than the music, is ace on my stereo.  I’ll put G.G.F.H. on next.  Earlier I listened to Soulless by Grave and a Pan Thy Monium EP.  Lately I have a bit of a hardon for Estuary English by Consumer Electronics and Broken Note.  So when I say we listen to all sorts, I mean it.

Thanks for taking the time to answer the questions. I am going to try to get to Damnation or one of your other shows this year so hope to see you on the road.
No problem, thanks for asking them.  Sorry it took so long to get the answers back to you, the interview, along with a couple of others, got snowed under a load of other stuff I had to do and I lost track of what I was supposed to be answering.  Hope you enjoyed Damnation, if you went.