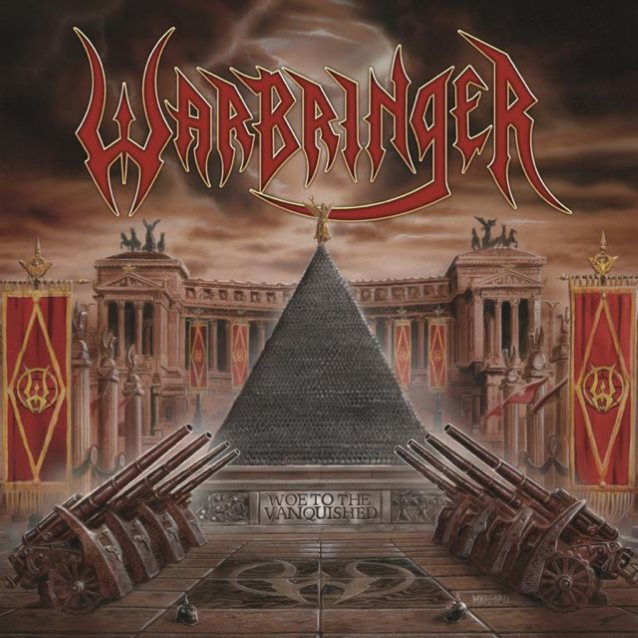 With the awesome Heavy Scotland metal festival fast approaching, we decided to catch up with John Kevill, vocalist for US thrashers Warbringer, to find out what makes them tick and what the audience can expect from their forthcoming appearance at Heavy Scotland.

Hi John – first of all, a huge thank you for agreeing to this interview and giving our UK readers a chance to learn some more about Warbringer !

I know Warbringer has been together since 2004, but would you mind giving our readers a history of the band?

Hey! Well, in short, I finished high school and wanted to start a metal band. I found some guys from neighboring towns, John and Andy Laux and Adam Carroll were among them, and we began practicing, writing, and eventually playing. We started from the absolute ground up, with me having no personal experience whatsoever in music before this. A live performance and our first demo, “Born of the Ruins” got us noticed by Century Media, who signed us after the band released its second demo “One by One the Wicked Fall,” which included “Total War.” We recorded our first album “War Without End” in 2007, and released it in 2008. From then until 2013 Warbringer put out albums and toured nonstop, with much difficulty and changes in personnel upon the way, but always evolving its sound and musicianship. In 2013, the band collapsed, which began a 4 year period of reconstruction which has finally come to an end with the release of “Woe to the Vanquished.”

How are you guys feeling about playing at Heavy Scotland?  What can the crowd expect from you guys?

We are definitely looking forward to this one. The crowd can expect a set of complete annihilation from us, we are just gonna get up there and blow heads off. It’s what we do.

Could you tell us a little about each member of the band?

Adam Carroll, guitar, is the other original member along with myself from way back, and has a great sense of humor and fondness for film and forests. Plays piano and drums as well and in my opinion has a particularly sharp ear for melodies and riffs. Carlos Cruz, drums, is a talented multi-instrumentalist who plays drums, guitar, bass, keys, and also knows a fair amount about recording and production. We recorded our entire record at his house first before we entered the studio to do it again, leaving nothing to chance. Chase Becker, guitar, played for 10 years with LA metal scene veterans Desecrate before their breaking up, where we in Warbringer picked him up. Chase is an ultra solid dude and a shred technician expert. Jessie Sanchez, bass, played with Holy Grail, Bonded by Blood and Fear Factory in the past, and is a real comedian of a guy who’s a great performer and has a super heavy bass sound. 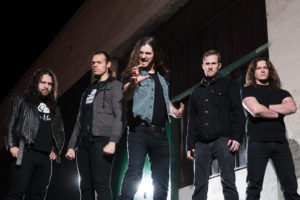 What is the writing and recording process for Warbringer?

Varies by song, depending on who originated it. For me, I start with lyrics, Adam and Carlos start with riffs. One follows the other naturally, as you need both working in concert to have a song. We will record the main parts, sit on it, come back to it, tinker with it until we are happy and it feels cohesive.

Who would you say are your main influences and / or bands you admire?

A huge number from all genres, but the traditional “primary influences” of Warbringer is stuff like Slayer, Kreator, Metallica, Megadeth, Exodus, Bathory, Demolition Hammer, Sepultura, heavy and fast riff-based music.

Do you guys prefer the experience of playing live, or the recording / studio side of things?

Both are amazing in their own way and I can’t pick a preference. I love how this record came out and now it is just the challenge of emulating it live to the highest possible standard. I like how improvement in the studio forces a challenge for the band live.

How would you describe the attitude / vision of the band ?

Basically to do heavy metal at an absolute “11” in intensity, speed, aggression, heaviness, but also doing immaculate lyrics and songwriting along with having some musical diversity to keep the music intriguing and powerful as a whole. It’s definitely a tall order but we strive for it daily. 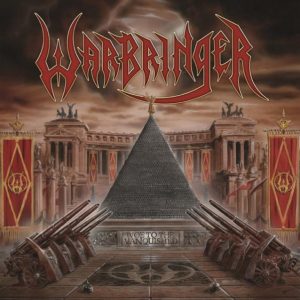 You’ve recently released the incredible new single, ‘Shellfire’, and on 31st March your new album, ‘Woe To The Vanquished’ will be released by Napalm Records – are you guys going to be touring to support the new album?  What else do you have lined up for after Heavy Scotland ?

An entire European tour for all of April with Havok, Exmortus, and Gorod! Then a USA tour with Destruction and Jungle Rot to follow, then another European tour yet to be announced for the summer, including a few festivals. Expect many shows through all of 2017.

Thanks for reading, hope you guys like the new record, and looking forward to playing some gigs for you guys over the Atlantic! Cheers and beers, keep it metal.

Many thanks for your time today !

Warbringer are playing at Heavy Scotland on Saturday 1st April. 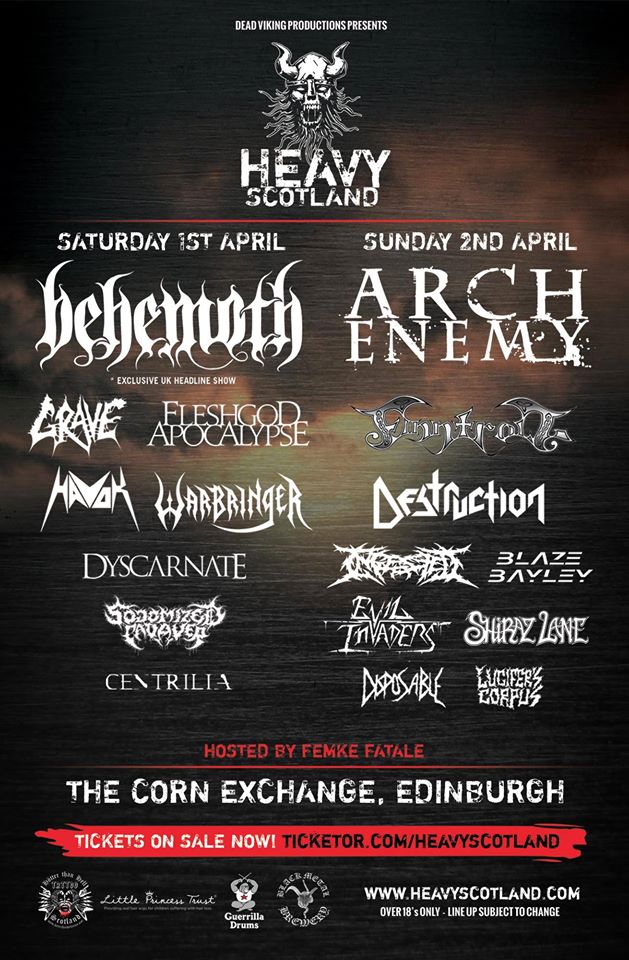