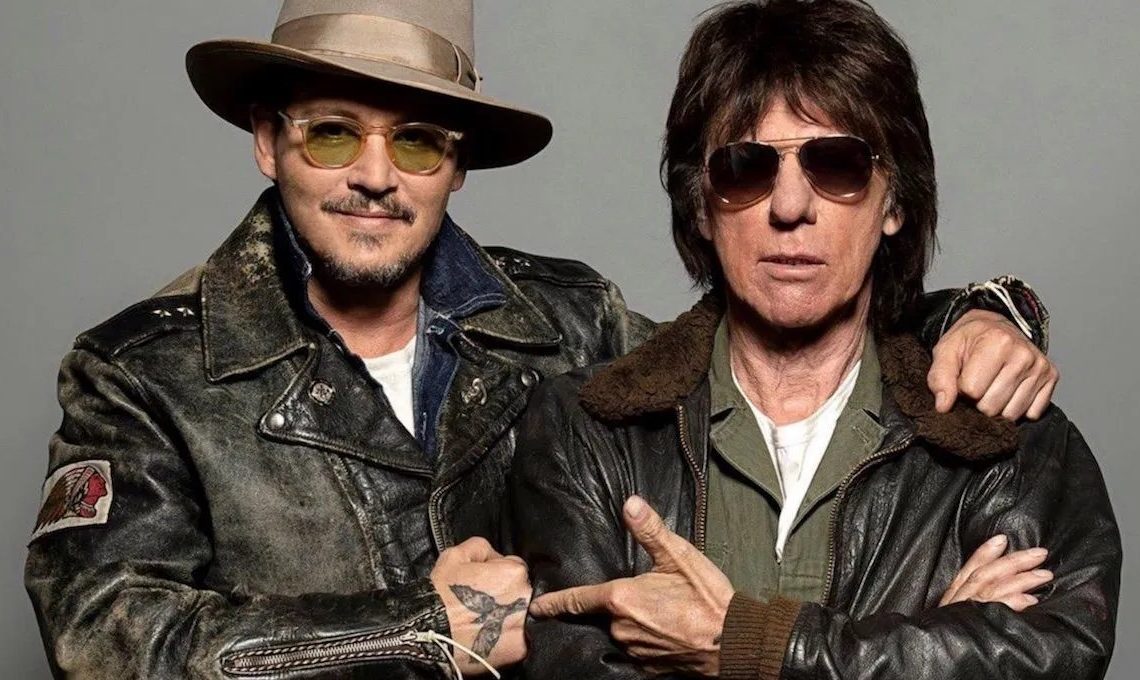 Following its debut last month, “Isolation” has been lauded as “riveting” by Rolling Stone, who noted that “Beck drifts effortlessly, as always, from nimble picking to scorching heroics, while Depp delivers a sturdy vocal performance.” Beck and Depp are joined on the track by long-time Beck collaborators Vinnie Colaiuta on drums and Rhonda Smith on bass.

“Johnny and I have been working on music together for a while now and we recorded this track during our time in the studio last year. We weren’t expecting to release it so soon but given all the hard days and true ‘isolation’ that people are going through in these challenging times, we decided now might be the right time to let you all hear it,” says Beck. “You’ll be hearing more from Johnny and me in a little while but until then we hope you find some comfort and solidarity in our take on this Lennon classic.”

Johnny Depp adds, “Jeff Beck and I recorded this song Isolation last year, as our take on a beautiful John Lennon tune.  Lennon’s poetry – ‘We’re afraid of everyone. Afraid of the Sun!’ – seemed to Jeff and me especially profound right now, this song about isolation, fear, and existential risks to our world.  So we wanted to give it to you, and hope it helps you make sense of the moment or just helps you pass the time as we endure isolation together.”

Beck is universally acknowledged as one of the most talented and significant guitarists in the world and has played alongside some of the greatest artists of rock, blues, and jazz. Over the course of his distinguished 50+ music career, he has earned an incredible eight Grammy Awards, been ranked by Rolling Stone as one of the “100 Greatest Guitarists of All Time,” and been inducted into the Rock & Roll Hall of Fame twice – once as a member of the Yardbirds and again as a solo artist. In the summer of 2016, the guitar virtuoso celebrated his five decades of music with an extraordinary concert at the famous Hollywood Bowl.

Depp has amassed quite the musical resume of his own, playing in the Hollywood Vampires supergroup with Alice Cooper and Joe Perry for the last five years. He’s also collaborated with a wide variety of musical artists over the last several decades from Oasis to Marilyn Manson to Stone Temple Pilots, just to name a few.

The Jeff Beck UK Tour:  We are working with our agents and promoters to reschedule dates and will release the new tour routing as soon as we are able. All tickets will be honoured for the rescheduled concert dates.