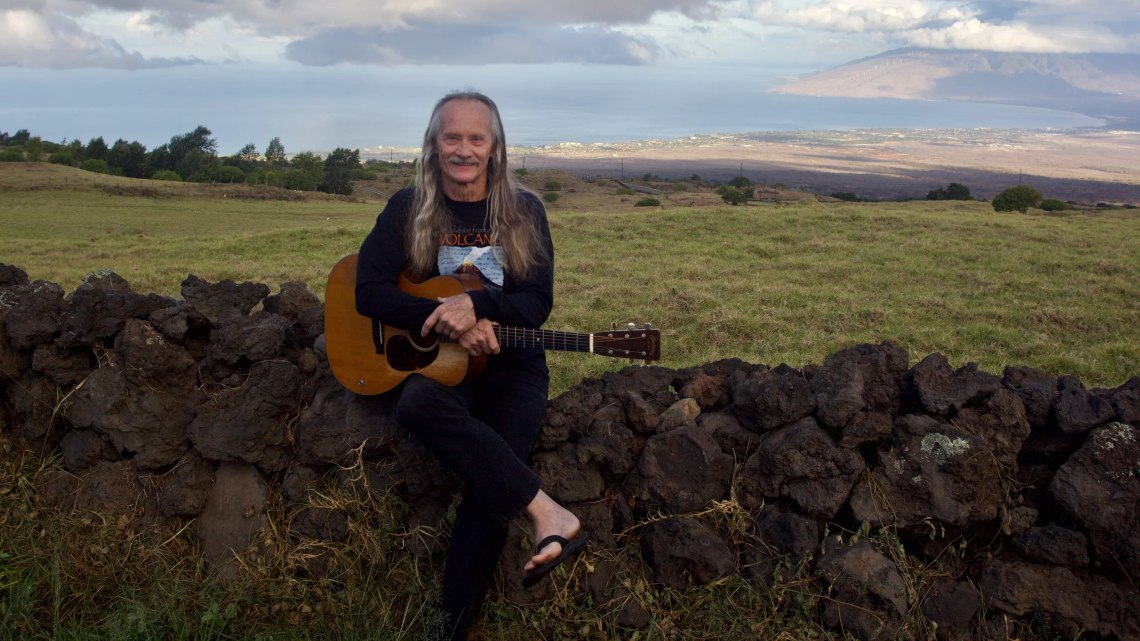 Having announced the release of his debut solo album The Fantasy of Reality, on Madfish on 12th August,  Jeff Cotton of Captain Beefheart and his Magic Band fame now premieres his new single and video for the song “Does It Work For You”

“Greetings and Aloha to all my music loving friends!

The single, “Does it Work for You”, the first tune on my new album, “The Fantasy of Reality,” exemplifies the overall sentiment of this new work.  I sincerely hope that you experience some of the “old Magic” and pick up on the lyrical positivity.  We’re all in this together, and because there’s never been a time quite like this, it is good that we remind one another, that despite it all, Love is our “Reality”.”

After playing guitar, lap steel and vocals with the legendary Captain Beefheart and his Magic Band, appearing on the groundbreaking album Trout Mask Replica (under the pseudonym Antennae Jimmy Semens), as well as playing on Strictly Personal & Mirror Man, Cotton withdrew from the commercial music business for nearly 50 years. Using the island state of Hawaii as a home base, he emerges from his seclusion in 2022 with his first ever solo album; The Fantasy of Reality.

Whimsical, playful and tongue-in-cheek – Cotton delivers a psychedelic journey that will delight Beefheart devotees while bringing plenty of new ideas to the table across the sprawling 22 track, 66 minute runtime. Trout Mask Replica cover designer Cal Schenkel collaborates once again as he returns to contribute to the internal artwork of the album to continue the Captain Beefheart canon into the 2020s.

Across the decades, the Magic Band’s power and influence has only grown in might, and the cult following of 1969’s Trout Mask Replica still excites fans to this day, in part due to the mystery and enigma of members such as Antennae Jimmy Semens (aka Jeff Cotton). In 1967, Cotton was scoped by Don Van Vliet – Captain Beefheart himself, replacing Ry Cooder on guitar. He then went one to help craft some of Captain Beefheart and the Magic Band’s most vibrant recordings and later contributed to the cult band MU.

Now blending together musical strands such as jazz, delta blues, Hawaiian and the avant-garde to create a melting pot of ideas, Cotton will astonish fans with his comeback.

The magic will continue on The Fantasy of Reality, which will be released on CD & Digital via Madfish on 12th August. PRE ORDERS  AVAILABLE HERE (https://jeffcotton.lnk.to/fantasyofreality)