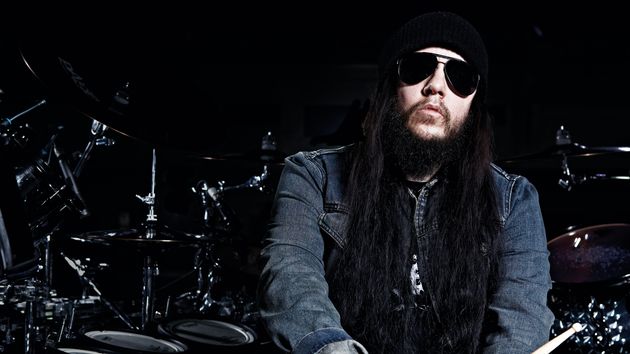 The metal world was shocked to hear Slipknot drummer Joey Jordison had quit Slipknot. This statement by Joey (below) indicates that Jordison was as shocked as us to hear about it.

To my fans, friends, and associates…

I would like to start the New Year by addressing the recent rumors and speculation regarding my departure from Slipknot. I want to make it very clear that I DID NOT QUIT SLIPKNOT. This band has been my life for the last 18 years, and I would never abandon it, or my fans. This news has shocked and blindsided me as much as it has all of you. While there is much I would like to say, I must remain silent to further details at this time. I would like to thank you all for your unwavering love and support, and wish everyone a very happy and healthy New Year.

In our last update Slipknot frontman Corey Taylor addressed the issue in his first interview following the announcement of Jordison’s departure. “It’s still so fresh and there’s a lot of things going on behind the scenes that people don’t know about, so legally and respectfully, I can’t say a lot about it, I can confirm that we have parted ways with Joey and as soon as we can say something, we will, but we’re trying to protect him, trying to protect us, just making sure that we do everything right because that’s what we would expect from ourselves and what we would expect from the fans.”

As soon as we have more information on the whole Slipknot saga we will let you know.