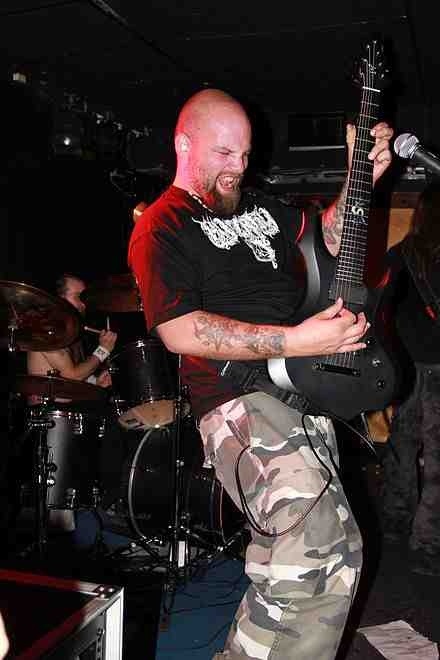 Jonas Kjellgren has officially left Scar Symmetry, this has just come in from the band:
“
It is with heavy hearts that we finally make it official: Jonas has decided to leave Scar Symmetry. Due to scheduling conflicts with his studio work and his other bands – Raubtier and Bourbon Boys – Jonas hasn’t been able to perform live with Scar Symmetry for the past one and a half years, and from what he has told us, he will not be able to in the foreseeable future either.

Back in 2004, Henrik and I got to know Jonas when recording with our previous band in his studio. We quickly became friends, and it was inevitable that soon enough, we would start talking about forming a new band together. It has been an amazing journey since, making the music of our dreams come to life on five albums, being picked up by the legendary Nuclear Blast Records and touring all over Europe and North America.

We won’t bring in an offical replacement, instead we’ll continue as a 5-piece, sometimes bringing in a session guitar player for live shows – just as we effectively have been doing it since Jonas quit touring with us.

This Friday, we’ll perform at UK’s Bloodstock festival which marks the end of the touring cycle for ‘The Unseen Empire’. Next up is finalizing the songwriting for our next recording project, which will be our most ambititous yet!

Thank you Jonas for the good times, the friendship and the amazing music, you will be missed!

/Per and Scar Symmetry”