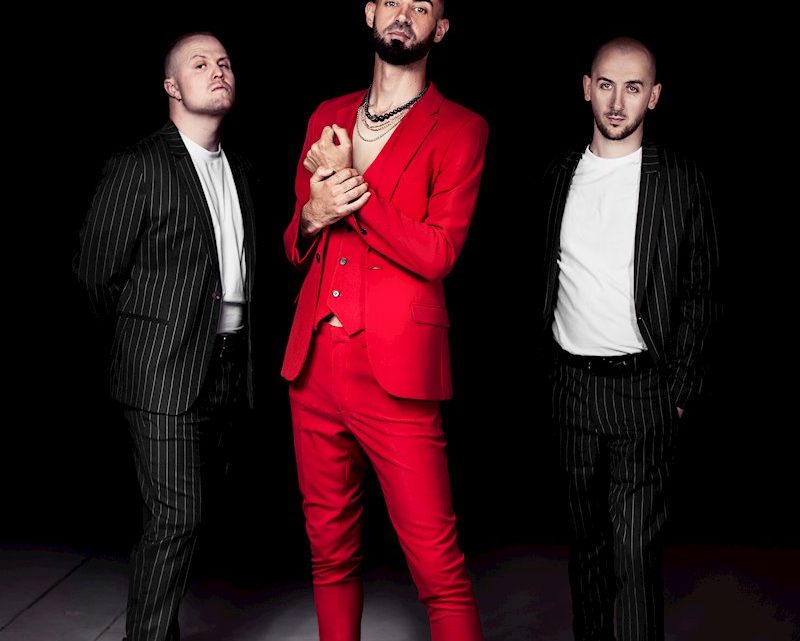 KING OF THE DEAD – DESTORY MY NAME

King of the Dead are a band that are not afraid to be bold. The 3 piece Horror Rock band are a celebration of the macabre and the weird. The music is anthemic and dark (think 30 Seconds To Mars meets Ghost) with driving guitars and soaring vocals. Debut single “Control” was the first of a 5 song story about sacrifice, possession and the occult. The radio success of Control has earnt them several plays on BBC Introducing and is only the beginning of the world domination (frontman) Shah is plotting.

So now we have the second instalment of sacrifice from King of the Dead with ‘DESTORY MY NAME’. A 3 minute high energy punk rock ripper with King of the Dead’s signature soaring vocal from Shah. Destroy My Name has echoes of Alkaline Trio spliced together with the strong melodic sensibility of GHOST.

The musicianship from within the three mysterious fellows of King of the Dead should not be over looked either, it’s clear that not only the subject matter and theme of this horror rock outfit is of the highest standard but the instrumentals are of a remarkable quality.

Shah states “Everything that comes from us is from the masked character. We’re trying to make it so we don’t exist anywhere other than on stage, which is the whole summoning part of it. It’s bold, but I think it will pay off in the end”

“Destroy My Name is the second part of the summoning. It’s about purging yourself of the shackles of everything you have ever been and becoming something else.” – the Familiar

The single is accompanied by a lyric video with illustrations by artist Sam Mayle, it provides another glimpse into the world that the band inhabit.

for fans of: 30 Seconds To Mars, Ghost, Foo Fighters.

Kim Jennett takes her voice to The Voice!