KING PARROT to tour Europe with Exodus and Obituary

Australian thrash metallers with punk & grind aesthetics, KING PARROT, can’t get enough of Europe and will be coming back to the continent for the second time in 2016. After a successful run in January, February and March as direct support to legendary Soulfly, KING PARROT will be the opening act for another pair of metal giants, Exodus and Obituary. The “Battle Of The Bays Euro Tour 2016” will run through October and November, also including NY groove/industrial crossover band Prong. 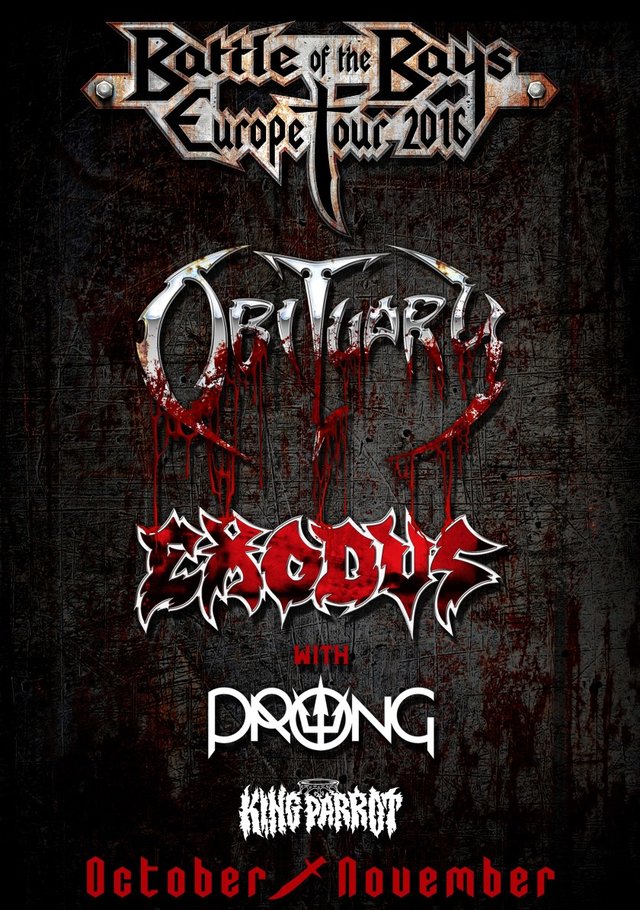 The band opened the year with a bang and will also close it in a very exciting and noticeable way, ensures vocalist Matt Young:

“All of us in King Parrot are excited to announce our return to Europe on what is one of the most prolific and legendary tours we have done to date. To get the opportunity to tour with bands of this ilk is something we don’t take lightly. We’ll ensure all the punters making it out early will get a 100% over the top and energetic performance from King Parrot”.

“Touring with our favorite bands is something we enjoy very much, and we want to ensure that we continue to build on the fans we have made in Australia, Asia and North America. Our last 2 European tours with Weedeater and Soulfly were both really successful, and I think this package is as strong as it gets in the extreme metal world. Be prepared, this tour is stacked from top to bottom and we’ll ensure the stage is on fire by the time we are done”.

Emerging from Australian metal scene in the last few years, KING PARROT have quickly pillaged their way to international recognition since the release of their debut album. Drawing influence from the thrash, grind, hardcore and punk scenes of the 80’s and 90’s, they have created a fresh sound that perfectly encapsulates their aggression, intensity and dark sense of humour seamlessly. Their music and intense live show gained high praise from critics and musicians, including the likes of Max Cavalera (Sepultura), Chuck Billy (Testament) and Phil Anselmo (Pantera), the latter who prodcued the band’s latest album in his own studio.

KING PARROT will step foot on European soil for the third time over the course of two years, giving the chance to live through the experience of their new album “Dead Set” in the flesh. The album has been released in May 2015 on Agonia Records, shortly after the band’s nomination for a Metal Hammer (UK) Golden God Award. 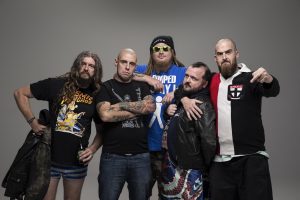