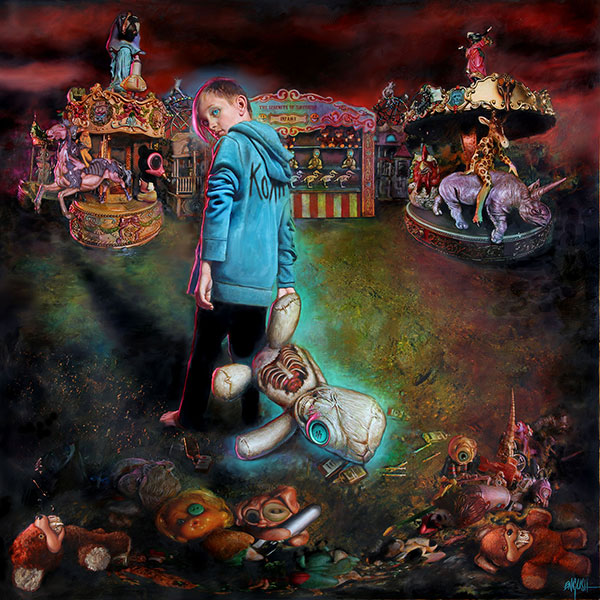 Last week KORN released ‘A Different World’ from their upcoming studio album, ‘The Serenity of Suffering’ (out 21st October via Roadrunner Records).  The track features Slipknot frontman Corey Taylor on guest vocals and was embraced by both media and fans upon its release last week, as well as when Taylor joined them to perform it live for the first time at the Louder Than Life Festival in Louisville, KY on Sunday.   Today (5th October), KORN have revealed ‘A Different World’s video.

The animated piece, which takes you inside a man’s eerie and demented mind, was conceptualized by Mexican short film director, Luis Tellez (The Great Journey, Terrible Boy).


Tickets are available from http://www.livenation.co.uk/artist/korn-and-limp-bizkit-tickets.

Pre-order ‘The Serenity of Suffering’ at http://flyt.it/KORNSOS and get ‘A Different World’, plus ‘Rotting In Vain’ and ‘Insane’ right away!