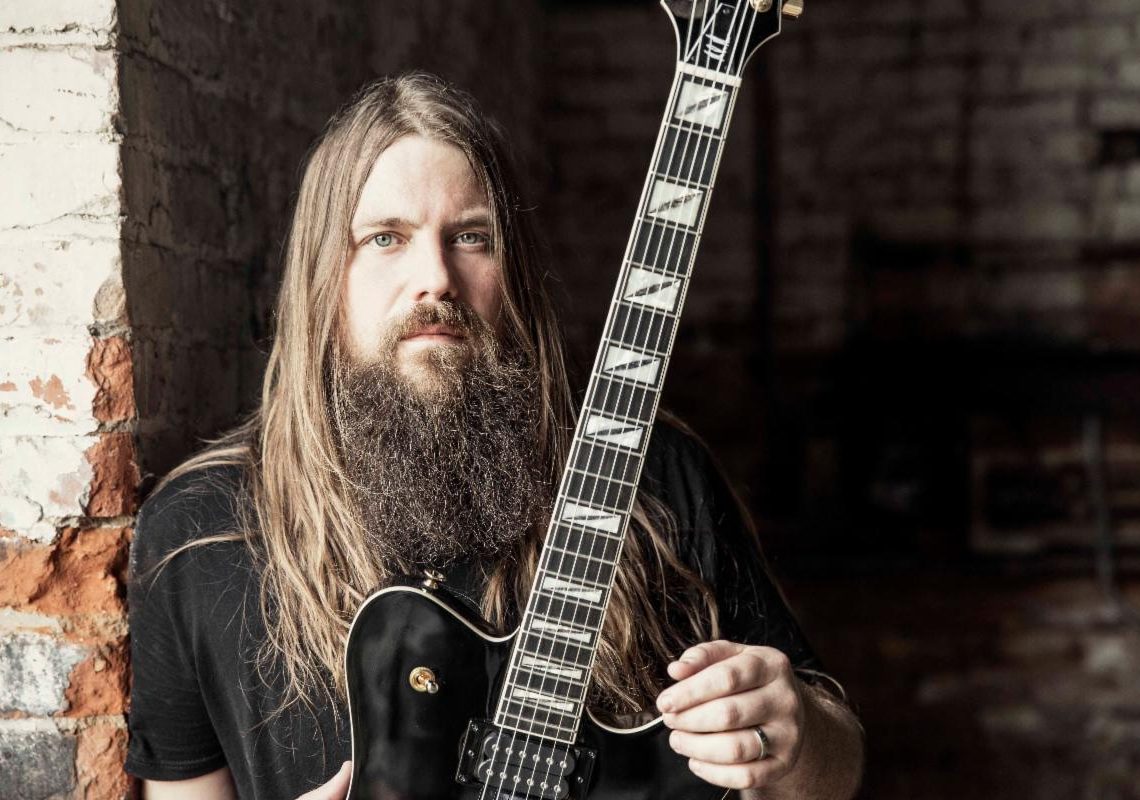 21st December 2019 0 By John Deaux
Rise Records are pleased to announce the signing of LAMB OF GOD guitarist MARK MORTON and the upcoming release of his brand new solo EP, titled ‘Ether’, in January 2020.
‘Ether’ is the follow-up to Mark Morton’s acclaimed debut solo record ‘Anesthetic’. The EP consists of five songs – three original tracks and two covers – and includes special guests Lzzy Hale (Halestorm), Howard Jones (Light The Torch), John Carbone (Moon Tooth), and Mark Morales (Sons Of Texas) who also appeared on ‘Anesthetic’ and will perform with Mark on his January 2020 UK acoustic tour.
First single, ‘All I Had To Lose (feat.Mark Morales)’ will be released on January 10th. The EP was produced and mixed by Josh Wilbur.
Mark Morton comments, “I’m thrilled to announce the upcoming release of my new, five song EP, ‘Ether’, out in January on Rise Records! Once again, I’ve had the great pleasure of working with some amazingly talented artists and friends to assemble this collection of tunes, all of which feature a strong acoustic guitar component.
Inspired by the acoustic sets I had the opportunity to perform last spring and summer in support of ‘Anesthetic’, I began writing some new songs to reflect that more mellow vibe. I’m stoked with the results and I can’t wait for everyone to hear what we’ve been putting together. I’ll be debuting these tunes on my upcoming U.K. acoustic tour, so you can hear them live before they’re released anywhere else!
I continue to be honoured to have the chance to work with so many incredibly talented people and I remain beyond grateful to the fans that have come along with me and supported these projects. Thanks so much everyone!“
Mark Morton – “Ether” Track Listing:
1. All I Had To Lose (feat. Mark Morales)
2. The Fight (feat. John Carbone)
3. She Talks To Angels (feat. Lzzy Hale)  [Black Crowes cover]
4. Love My Enemy (feat. Howard Jones)
5. Black (feat. Mark Morales) [Pearl Jam cover]

Following his first UK acoustic performance at the Download festival earlier this year, Mark Morton returns for a handful of special and intimate acoustic shows in January 2020. Special guest at all dates is Dave McPherson (InMe).
Morton adds, “We had such an amazing time with the acoustic set at Download and I’m really looking forward to expanding on that experience with these upcoming shows. Joining me once again will be Mark Morales on vocals and guitarist extraordinaire, Joe Harvatt. I can’t wait to make each show extra special for you all with an evening of stories, acoustic versions of many of the songs from Anesthetic, and a few covers of some of our favourite tunes. We’ll also be debuting some new original material as well! Look forward to seeing you all!”
Tickets are on sale now at www.markmortonmusic.com/tour for the following dates:
Wed 8th Jan – BRISTOL Thekla
Thu 9th Jan – MANCHESTER Academy 3
Fri 10th Jan – GLASGOW Cathouse
Sat 11th Jan – BIRMINGHAM O2 Academy 2
Sun 12th Jan – LONDON Camden Underworld
Diverse album ‘Anesthetic’ was released in March 2019 and made alongside a dream team of highly respected musicians from a multitude of musical worlds. Singers on the album include Chester Bennington, Randy Blythe, Jacoby Shaddix, Myles Kennedy, Alissa White-Gluz, Mark Lanegan, Chuck Billy, Jake Oni, Josh Todd, Mark Morales, and Naeemah Maddox. Musically, Morton performs all guitars, with Roy Mayorga, David Ellefson, Ray Luzier, Paolo Gregoletto, Alex Bent, Mike Inez, Jean-Paul Gaster, Steve Gorman, Marc Ford, Yanni Papadopoulos, and Chris Brooks completing the band. The single “Cross Off“, featuring late Linkin Park vocalist Chester Bennington and Trivium’s rhythm section of Paolo Gregoletto and Alex Bent, spent 6 weeks in the Top 10 Active Rock US radio chart and has now amassed more than 14 million plays on Spotify and YouTube.

Pyramids – On Mars Edge of The Black