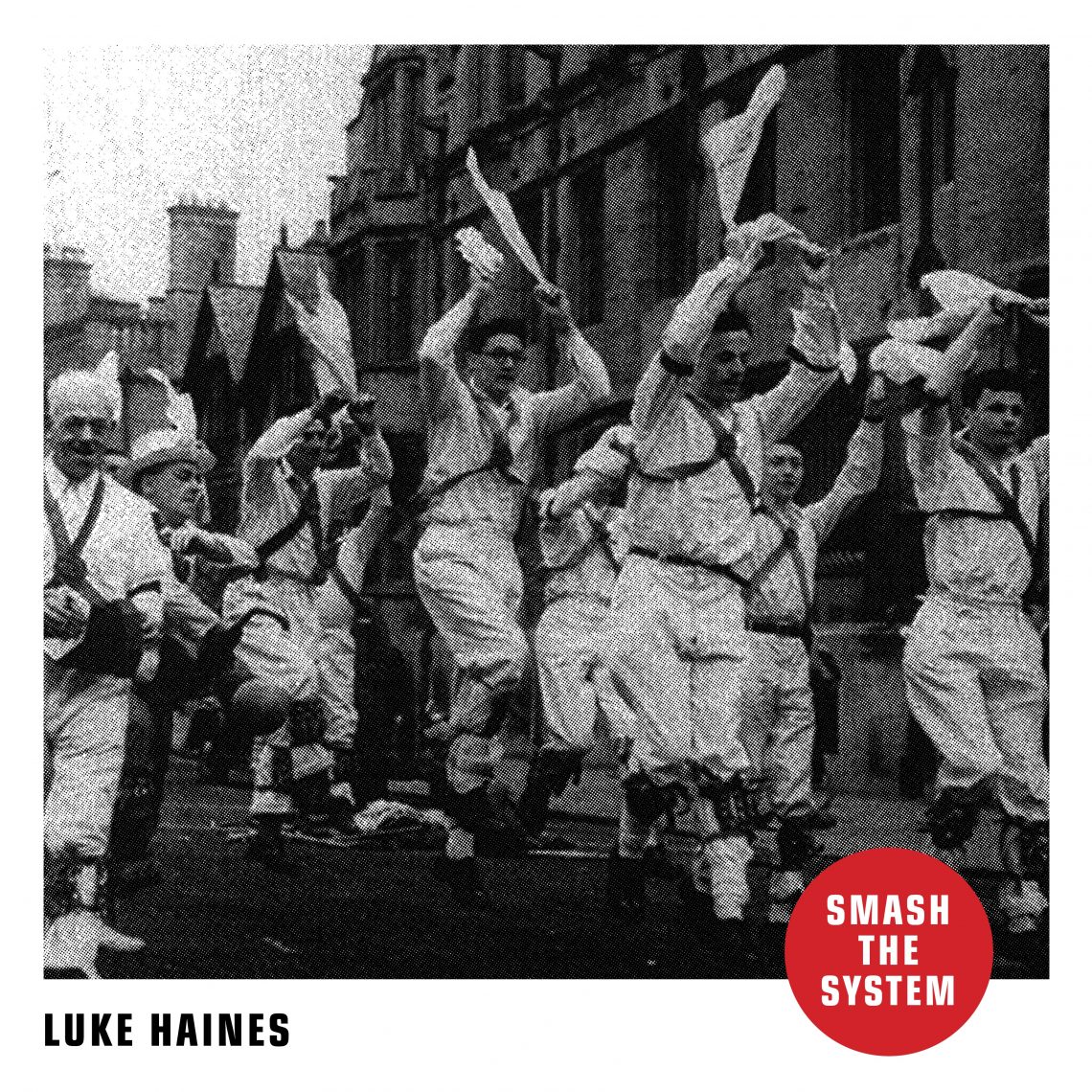 ‘Smash The System’ by Luke Haines – 7 October 2016 – is the first none concept album by Luke Haines in 6 years. Following on from such critically acclaimed works as ‘Nine and a half psychedelic meditations on British wrestling from the late 1970s and early ’80s’ (2010) ‘New York In The ’70s’ (2014) and last years electronic ‘British Nuclear Bunkers’.

For ‘Smash The System’ think ‘Hunky ‘Dory’ or Sabbath’s eponymous debut played on pixiephones and Moog, Graham Bond Organisation, (if they’d been any good) Haines’ own 1996 classic ‘Baader Meinhof’, Or Sunn 0))) at the school disco with tunes. As you have no doubt guessed, ‘Smash The System is a Ritual Magick agit prop call to arms. So, sisters and brothers break out the psychic ammo and call the New Gods: Eric Bristow, Giant Haystacks, and Brian Jacks; we petition you with prayer. We the under-signed smear ourselves with the menstrual blood of Ulrike Meinhof and raise our horns to the mythical Black Bunny. Praise to the Power Of The Witch. Death to the middle brow. Realise self actualisation now! Vince Taylor did not die! Exalt the vagina and always keep a little Marc in your heart. ‘Do you like the Monkees?’ Yeah? Then Smash The System. Dig.

Luke Haines has made many albums written some books and been the subject of a film documentary. Google if your interested. Don’t bother if you’re not.

Power Of The Witch

Bruce Lee, Roman Polanski and Me