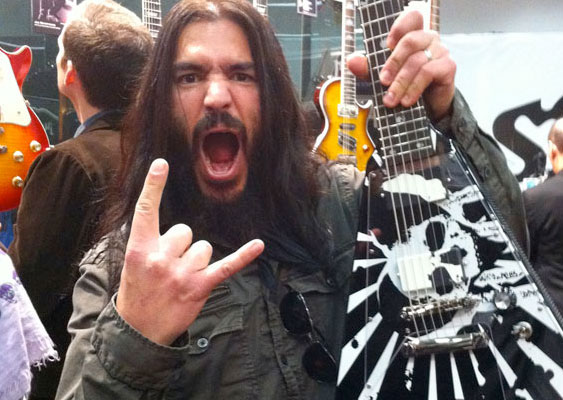 Bay Area Thrashers Machine ‘Fuckin’ Head have announced they’re going to return to the UK for a very special run of five intimate shows this summer. They will be playing at:

“In keeping with the intimate club tour-vibe we are doing in the USA this summer, for our first time ever, we decided to blow off 90% of all Euro summer festivals, and hit the nooks and crannies of the UK and Europe as well. We will be doing no major cities in any territories throughout Europe and the UK for this first leg of 2014. No London, no Berlin, etc, and instead focusing on the die-hard Machine Head fans that who don’t often get the chance to see us because the travel is too far or too costly to get the big cities. I remember when we were out with Metallica doing festivals a few years ago, we played in a small out-of-the-way city in Denmark called Aarhus. We’d never played there let alone, ever even heard of the fucking place. We were all a bit grumbly before the show, and you know what? It ended up being one of the most fun shows we’ve ever done. Doing shows like this, it creates an energy, it creates a bond, something unbreakable, and it is really fucking fun. It’s Machine Head without all the big production, the bells and whistles, stripped down and raw. What will be really cool is that in the UK, we’ve never done a club tour, it happened so fast for us there that other than a handful of epically insane, wildly drunken Ten Ton Hammer club shows, we’ve only played bigger halls, so we are really looking forward to giving our fans something special there. Plus, we’ve been hearing from our Scottish fans for decades that we need to get to Edinburgh!!! So finally, 21 years into our existence, we’re coming and we’re ready to fucking plunder Scotland!!!!”

Tickets go on sale 9am Friday April 11 from all the usual outlets.

The band are currently working on a new album entitled Killers & Kings (artwork below), due for release later this year through their new home of Nuclear Blast.