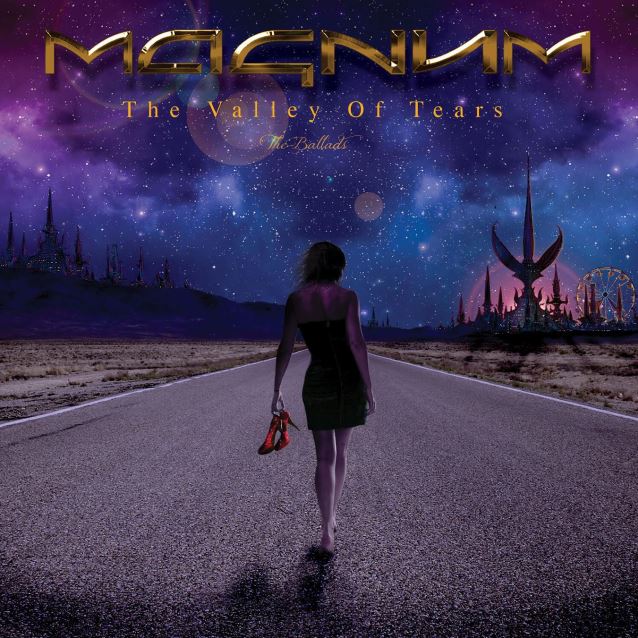 Edinburgh has kept the night-light burning for Magnum to play the Scottish Capital for many years. Luckily they saw that light & didn’t dissapoint.
Tony, Bob, Harry & Alan along with stand in keyboardist Rick Benton (who did a fantastic job learning the set quite literally over night when Mark Stanway quit over “irrevocable circumstances,” a couple of nights previous,) hit the stage a little after 8pm & threw caution to the wind slamming straight in to Soldier Of The Line from their 3rd album Chase The Dragon. 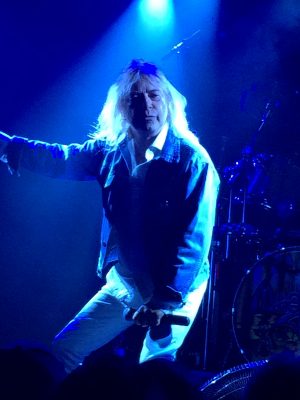 There was very little stage chat due to the venue having a 10pm curfew, however the elephant in the room was addressed by Bob Catley (vocals) who said that they wish Mark Stanway all the best for the future (at the time of writing Magnum are yet to release an official statement in regards to Marks departure after 36 years).

The band were on fine form. I personally hadn’t seen Magnum since The Spirit tour back in 1991, although no tracks were played from that album it was great to see how the new & old tracks fit together perfectly in the set.

No Magnum show would be complete without outings from A Story Tellers Night & Vigilante & what a reception they got too.

Kingdoms of Madness was a highlight for me as that was the track that first introduced me to this magnificent band.

Twelve Men Wise and Just, Sacred Blood “Divine” Lies, Your Dreams Won’t Die, & Crazy Old Mothers (which I’m sure caused a mini earthquake due to the audience bouncing)  from the new album were received with great animation 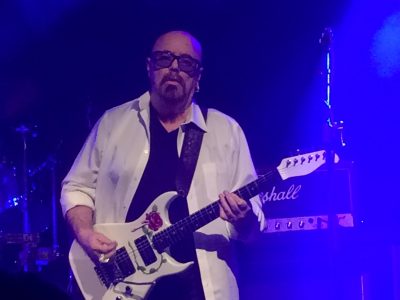 Tony Clarkin is a wonder to watch. So effortless & the subtle use of the tremolo bar is sublime.

Harry ‘H’ James (who is also in Thunder) on drums was superb.

Bob Catelys voice was in fine fettle & has aged well. He’s a man who has the time of his life on stage. A natural-born performer.

Alan Barrow had the biggest shit eating grin on his face. Although he resides in the US, Alan considers Edinburgh is his hometown (even though he’s from Wolverhampton) as he feels so at home there. Mainly due to being able to share chips with total strangers outside the chippie!

As previously mentioned, Rick Benton was outstanding. Considering he learned the entire set very quickly indeed & stepped in at the last-minute, he was great.

The guys looked genuinely surprised at the reception Edinburgh gave them & the appreciation & the loudness of the crowd was something they seemed not to expect, especially at times the crowd were louder than the band themselves.

The live sound in the Liquid Rooms was superb. A special mention has to go to everyone that was involved & helped with the smooth running of the show.

I’m sure there’s going to be a fair few folk who were in work the morning after this show with very little or no voice at all.