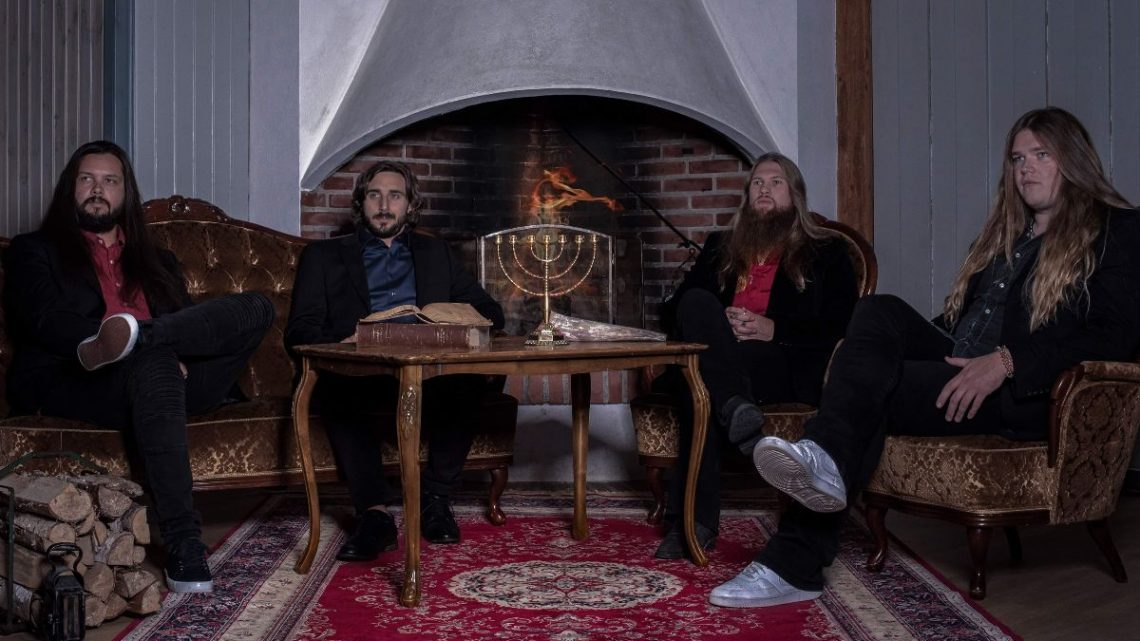 In 2019 the Swedish power metal heroes MAJESTICA released their debut album Above The Sky and it became a huge success within the metal community. Now in 2020 they are back with not only a new album, but a special treat for their fans: a Christmas musical power metal album entitled A Christmas Carol. It’s pure symphonic power metal in the true MAJESTICA spirit along with elements inspired by the likes of  TWILIGHT FORCE,  RHAPSODY, ALAN SILVESTRI, DANNY ELFMAN and JOHN WILLIAMS. The pre-sale of the album will start on October 23rd, along with the release of their first single.

What makes this a unique Christmas album is not just the inclusion of plenty of well‐known Christmas songs, but also because the theme is the well‐known story of Ebenezer Scrooge from the Charles Dickens novel “A Christmas Carol”. With many different voices for the many characters in the story alongside fitting music, people will not only hear a newly well‐written power metal album, but also a power metal musical that gives you a unique Christmas feeling,.

Tommy Johansson states, “A silly dream of mine has finally come true. For many years I’ve wanted to release a Christmas album, because the atmosphere around Christmas is always so peaceful and music with a clear Christmas theme is always beautiful and very well‐written. The reason why we chose to make a musical album with the story of Ebenezer Scrooge is very simple – it’s a great story to tell around Christmas and it works so well as a musical. And with the help of different voice actors and singers we made it possible for this to happen – we’re very happy with the result.” In regards to their musical direction he adds, “Once again people can expect real power metal, but this time its a bit more symphonic and epic compared to our previous album Above The Sky. When it comes to the symphonic parts we’ve taken it a bit further and included a lot more orchestral instruments, including tubular bells, glockenspiel and sleigh bells to really get that Christmas sound to it.”

The vocals are once again in the vein of Michael Kiske, Tobias Sammet and Sebastian Bach, but this time together with guest singers from such bands as VEONITY, HOT BEEF INJECTION and all the members from MAJESTICA doing lead vocals.

The artwork is made by underground artist Madeleine Andersson. She’s previously created some fan art for TWILIGHT FORCE and her style of painting is perfect for what the band needed for this project. Tommy adds: “We wanted to have a painted artwork that could really capture the dark, cold ghost‐like feeling that we sing about in the album. I’ve known Madeleine for a while and have seen what she could do, so when I asked her she was onboard right away. We’re very impressed and very happy with what she created for this album.”

On the previous album Above The Sky people can hear the legendary drummer Uli Kusch (ex‐HELLOWEEN, ex‐GAMMA RAY, Ex‐MASTERPLAN). On this album MAJESTICA have the great drummer Joel Kollberg (VEONITY) who doesn’t only plays the drums like he was born to do it, he also loves power metal and knows exactly what is needed. “We are all very happy with Joel as a drummer, not only for the way he plays the songs and how fast he has learned all the previous songs together with the new material, but also because he’s a great guy and we just love him. Great drummer, great singer and a great friend.” closes Tommy.

The music was written, recorded and produced by MAJESTICA at Nygård, Ekshärad during the summer of 2020. Mixing and mastering of this album was made by Jonas Kjellgren (SCAR SYMMETRY, RAUBTIER) at Black Lounge Studios.