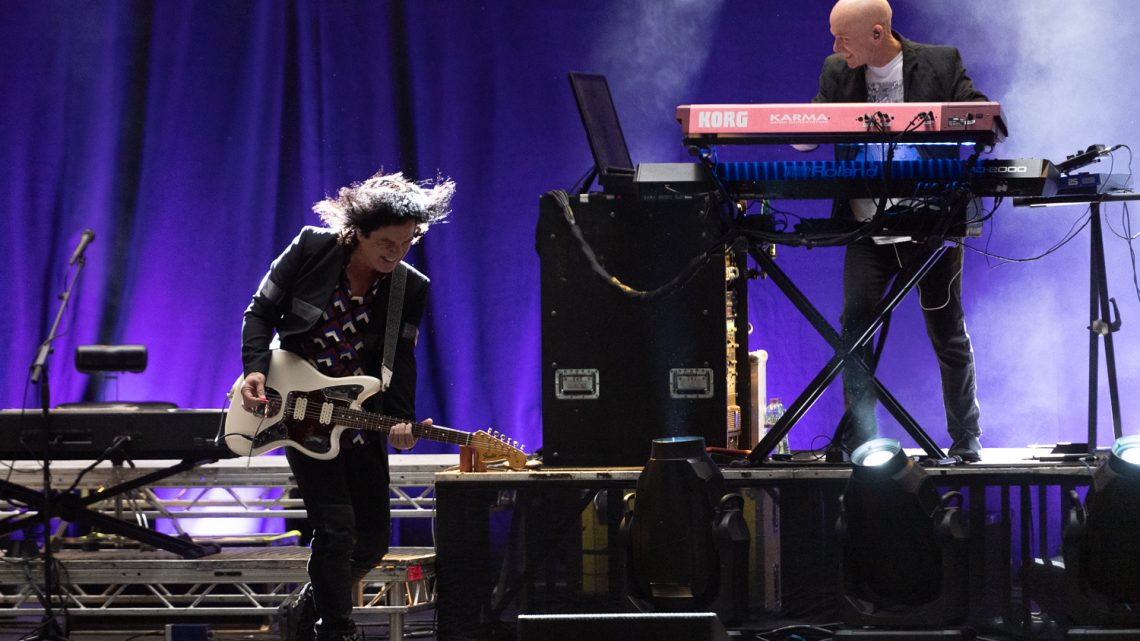 Marillion – The Light At The End Of The Tunnel – Usher Hall, Edinburgh, 15th November 2021

After several days of typically shit Scottish weather, the sun came out as if to welcome Marillion back to the capital after 9 long years.

The support band Antimatter were a great way to be eased into an evening of insane musicality. Their take on dark ambient prog is a masterclass on how to do it correctly. Absolutely sublime execution and a flawless vocal performance.  Completely mind-blowing to watch this duo captivate an audience with shoegaze at it finest..

Marillion took to the stage at 8:30 and treated the audience to a collection of great songs. 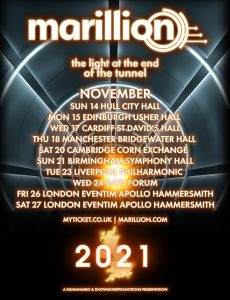 For the next 130 minutes Hogarth and crew ran through 18 fan favorite numbers and a brand new track Be Hard On Yourself, that got its debut the night before in Hull. If the new track is an indicator of what direction the new album will sound like, it’s going to blow peoples minds.

The sound in the Usher Hall was epic and so was the set. Bassist Pete Trewavas locked in with Ian Mosleys drums which left Mark Kellys keys and Steve Rotherys, Dave Gilmoresque guitar work plays around with Mr Hogarths vocals.

You could tell that the band were happy to be back in front of an audience after such a tumultuous 18 month of worldwide uncertainty. Trewavas was bouncing around like a happy flea whilst Hogarth was being quite the playactor with his gesticulations during his vocal performance. Not an easy task, but one that Steve has perfected over the years. 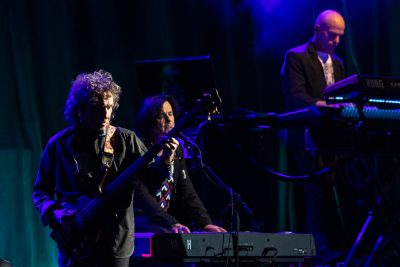 The Leavers from the F.E.A.R. album was exceptional and a pleasant surprise as Hogarth joked earlier that it was a going to be a set of easy numbers for this show. To round off the show Heart Of Lothian got an outing, much to the surprise of the Edinburgh audience, which or course, was sung back to the band with great aplomb.

This is a band that is still top of their prog rock game and know how to put on a performance of immense magnitude.

If you’ve got the chance to see Marillion on this current run of shows, don’t miss the opportunity. I’m glad I didn’t

Set List
Sounds That Can’t Be Made
King
Beautiful
The Party
You’re Gone
Bridge
Living With the Big Lie
Runaway
Be Hard On Yourself
Berlin
The Release
Neverland
Encore:
The Leavers: I. Wake Up in Music
The Leavers: II. The Remainers
The Leavers: III. Vapour Trails in the Sky
The Leavers: IV. The Jumble of Days
The Leavers: V. One Tonight
Encore 2:
Easter
Heart of Lothian
Live pictures courtesy of Roberto Ricciuti.