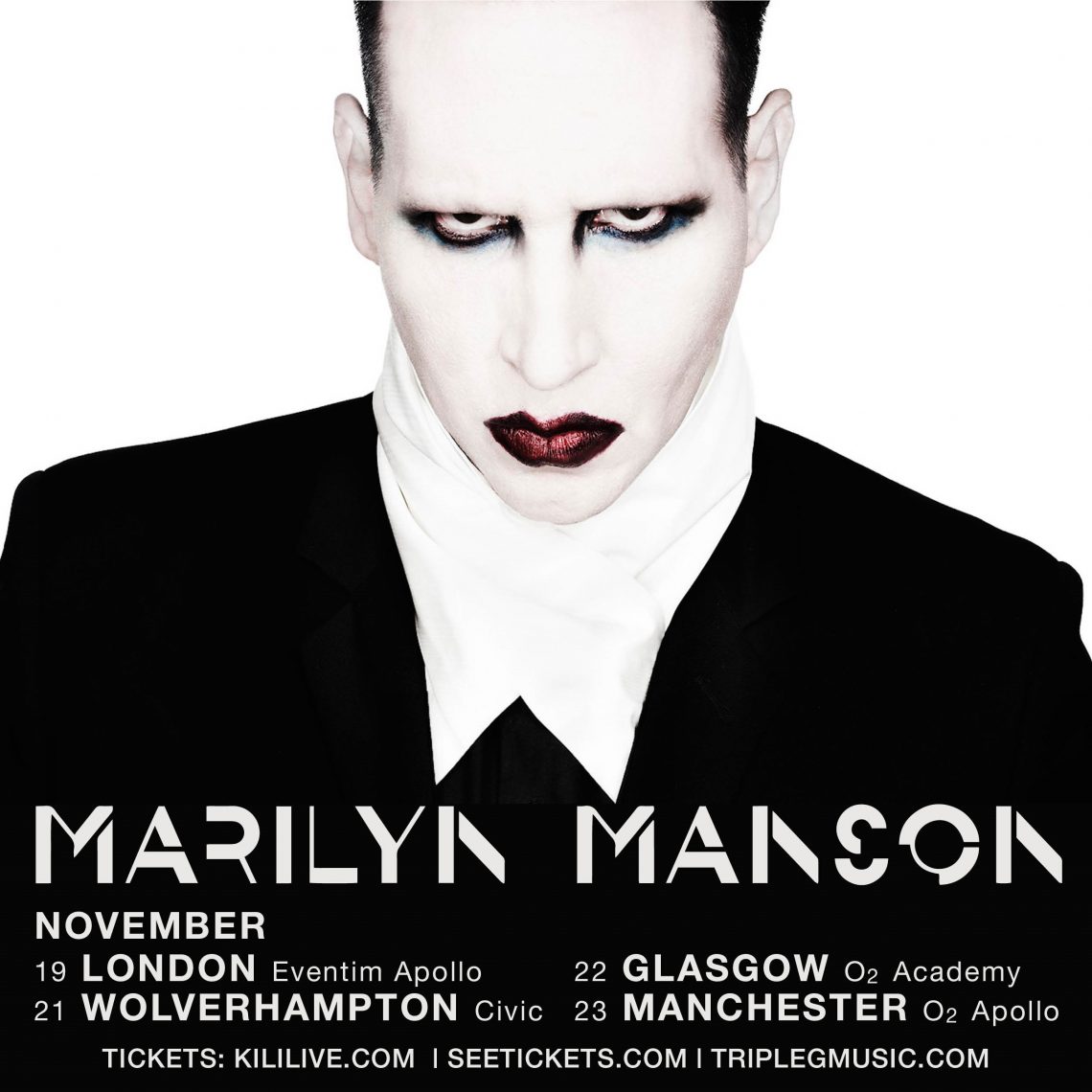 Album ‘The Pale Emperor’ Out Now
On Cooking Vinyl

Praise for The Pale Emperor:
“The Marilyn Manson that stands before us in 2015 proves he’s still a god” – KERRANG
“Vicious dance-floor metal banger” – ROLLING STONE
“The Bowie-influenced new album is Manson’s tightest and most commercial since 1998’s mega-selling Mechanical Animals.” – LOADED MAGAZINE
“No-one else does wanton decadence with such persuasive panache” – UNCUT
“The Pale Emperor is one hell of a return and right up there with his best!” – THE SUN NEWSPAPER

Tickets go onsale at 9am GMT on Friday 19th June 2015.
Tickets are available from www.kililive.com, www.seetickets.com and www.triplegmusic.com

Marilyn Manson is touring his critically and commercially acclaimed album “The Pale Emperor”. Manson has long had his hand on the pulse; now the pulse again moves to the ministrations of his hand. Since he created a ‘band’ in the early ’90s bearing his namesake in the mangroves of southern Florida, Marilyn Manson has utilized a rotating cast of cohorts to deliver his music and message.
The seer, scribe, painter, actor, criminal, panderer of chaos, live performer…oh, and rock and roll demagogue, thee Marilyn Manson roars back above the froth of mass-media and ass mediocrity to deliver a set of soul-stripping, kiss-smearing, church floor-burning songs that stand, unequivocally, his most fully-wrought album being brought to the stage on this upcoming tour