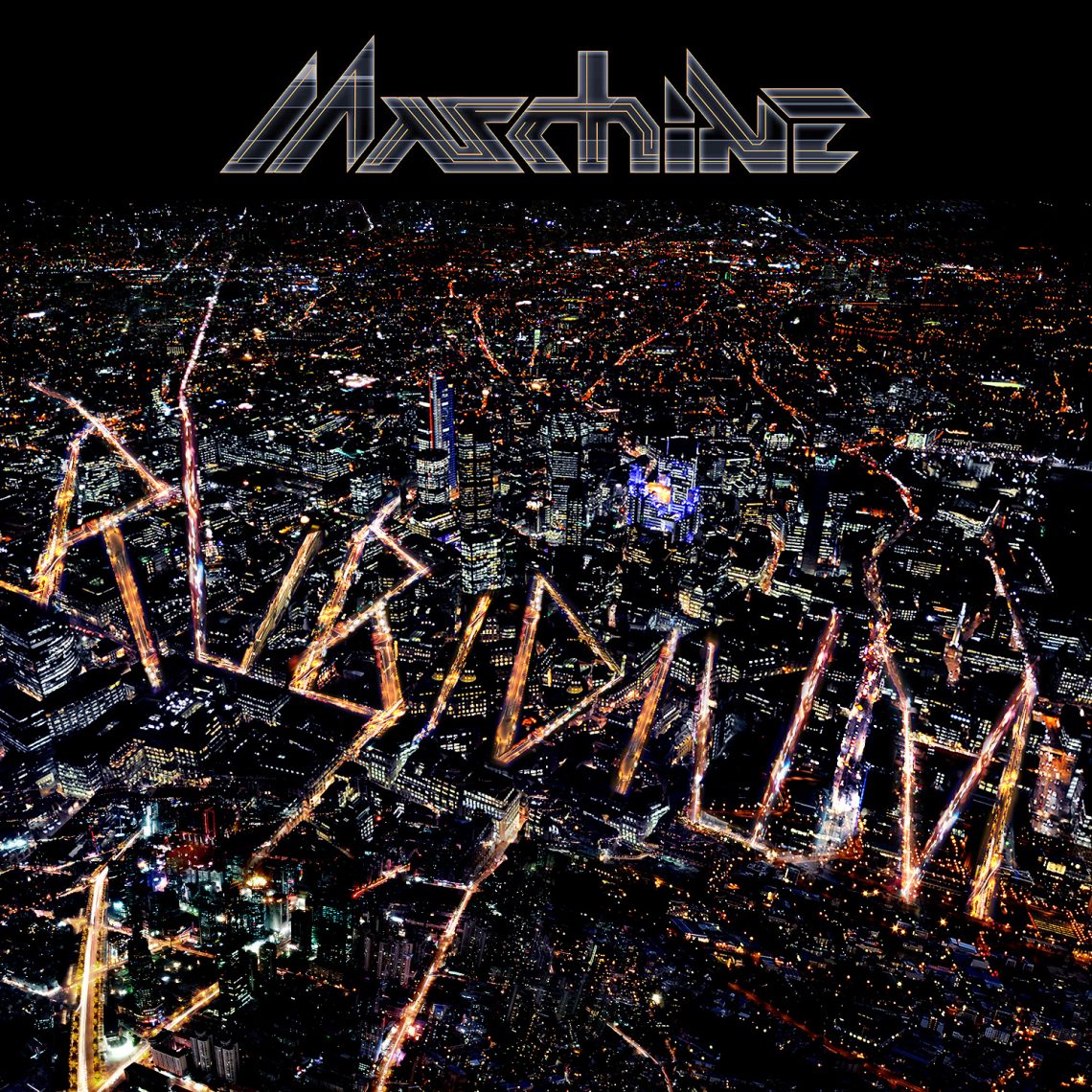 Maschine describe themselves as prog-rock and  it’s clear from the very start of first track ‘The Fallen’ that that’s an accurate description.  This is an album of experimental multi-layered music that is rocky in places, mellow in others, with some interesting song structures and a number of well placed jazz-improv inspired solos.

There are dark and brooding passages (parts of and ‘Rubidium’  and ‘Eyes Part 1’) and ones that are contrastingly more uplifting (parts of ‘Cubixstro’ and ‘Invincible’), but it all hangs together nicely without jarring and there is a cohesive feel to the album.  As with a lot of prog rock, it’s a little bit over self-indulgent in places and there were a few moments where things didn’t quite work for me.  But in fairness to Maschine, that’s because they are clearly not afraid to try something different.

Founding member Luke Machin (guitars/vocals) has gathered some talent as equally impressive as his own to form Maschine – Daniel Mash (bass/vocals) and Elliott Fuller (guitars) both play with real skill and conviction, Georgia Lewis (keyboards/vocals) adds extra depth and texture to both the music and the vocals, and James Stewart (drums) plays solidly and does a great job of holding it all together.  The use of three vocalists feels a bit strange at first, but once you’ve got used to it, it works brilliantly.

This is an album that gets better with each and every play, as the listener picks out or discovers new subtleties.  If you enjoy prog rock Rubidium is definitely worth checking out!