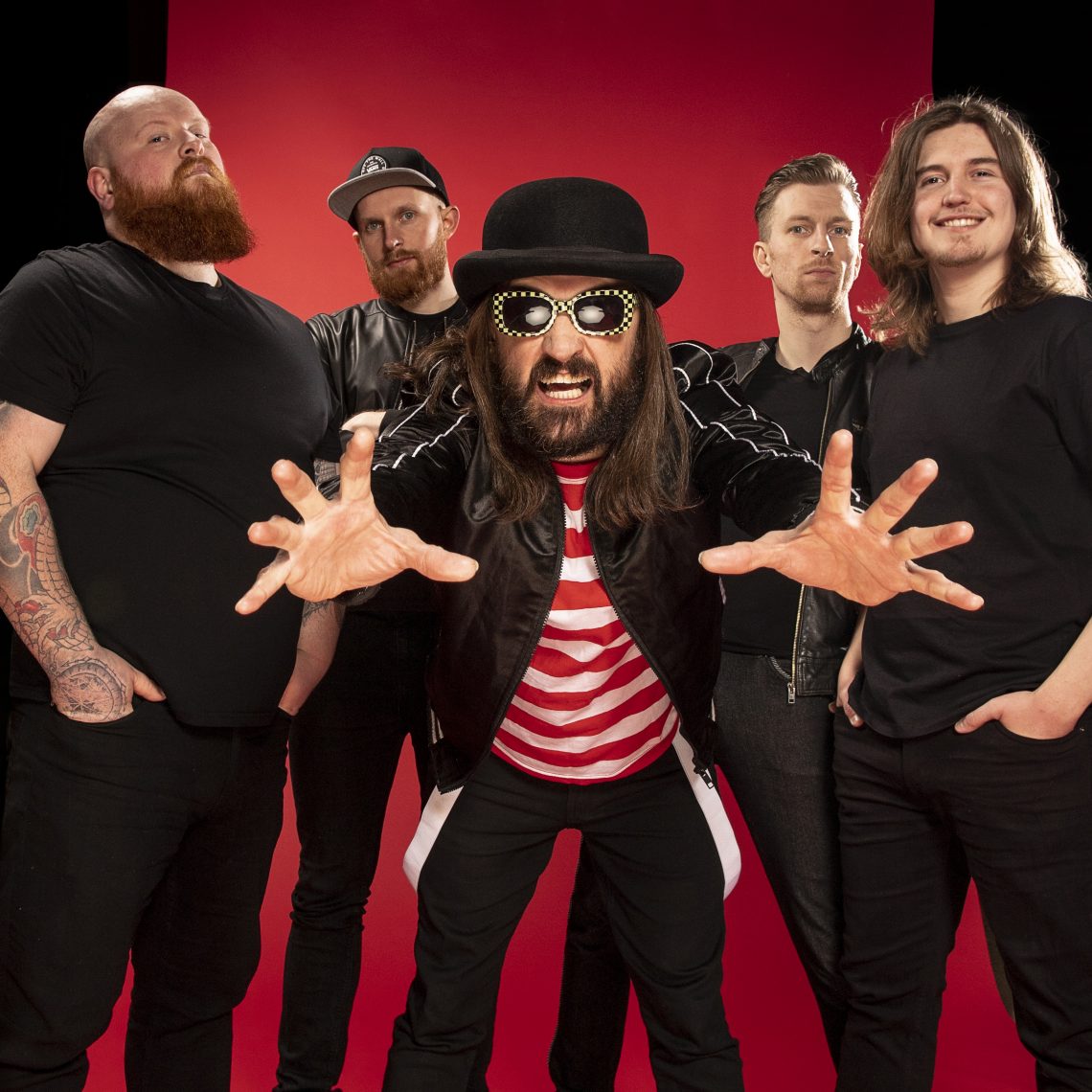 Fresh from the release of their third single House Of Noise, Lancaster rockers Massive Wagons launch today the related video, after a premiere on Planet Rock. The song is the title-track of their highly anticipated new album, set for release on 17thJuly 2020 via Earache.

If the track was quintessentially Massive Wagons, the video for House Of Noiseis the thrilling visual counterpart. The band’s signature “larger than life” attitude is on full show and the powerful energy literally blasts through the screen. The blend of classic rock, ’90 dance music reminiscences and the positive vibes are shown in a video that is both epic and hilarious, with a hint of Big Lebowski echoes!

About the track guitarist Adam Thistlethwaite says: “The song itself came together very quickly, as all the best ones do!  I wrote the riff deliberately upbeat in contrast to the pretty heavy subject matter in Bazz’s words relating to mental health and stability, the House Of Noise being the chaos in your head, it just worked right away in the studio with minimal effort. It’s one of those songs that we just know will become a live favourite, and as we recorded the album with a setup tailored to capture the live vibe, the energy on the track is through the roof!  It’s three and half minutes of hook laden rock with not a second wasted, which as a songwriter with radio play in mind that’s what you strive for.  And now we have a completely trippy video to match the madness in the tune! ”

Front-man Barry Mills continues: “Absolutely the very last track written for the album, we wrote half of it over the Christmas holiday and the other half in the studio. Myself and Adam talked for years about writing a track with a kind of dance vibe, the dance music beat, and especially the early 90s dance tunes were all big stand out tracks, huge singles some of them, and we wanted to kind of try and capture a piece of that. The track itself is about the sometimes chaotic scenes unfolding in ones mind, the noise, the thoughts, paranoia, anything really, we’ve all been there at some point, as you go through life things change, you have to get your head around a lot of issues”.

Following the chart-busting Full Nelson, a UK Top 20 hit in 2018, House Of Noise is the band’s fifth studio album and easily their most accomplished work to date. The record brings together all of the infectious elements that have endeared Massive Wagons to fans of maximum force rock n’ roll – a raucous rabble-rousing sense of community, straight from-the-heart lyrics, and an irresistible combination of pop melody and street-smart hooks. The album contains 12 tracks that vary from the high octane opener In It Together, to the anthemic title track and the frankly ludicrous, but hilarious, The Curry Song,via the brooding menace of Heroand bittersweet lament of Sad, Sad Song.  The entire experience overflows with personality and passion, and sounds like nothing else. Massive Wagons have just kicked things up another notch… and then some!.

Massive Wagons also launched Wagons World: the band’s inner circle, an assemblage of first class rock n’ rollers dedicated to good times and to create a community built around the love of music. Wagons World is based on the Patreon platform and will allow you to become a patron and support the band and their creative output. In addition, the band is smashing the online game entertaining fans with a wealth of exciting fresh content uploaded weekly. Head to their YouTube channel and get to know the real Massive Wagons with the “A to Z” series, or understand the ins and outs of the “band machine” with their honest tips videos … and a lot more! 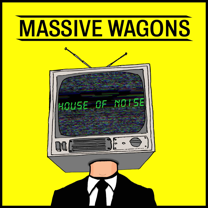 New album House Of Noise will be released on 17thJuly 2020, via Earache Records.
Pre-orders are available here: earache.com/wagons
Become a patron and join the Wagons World here: https://www.patreon.com/wagonsworld