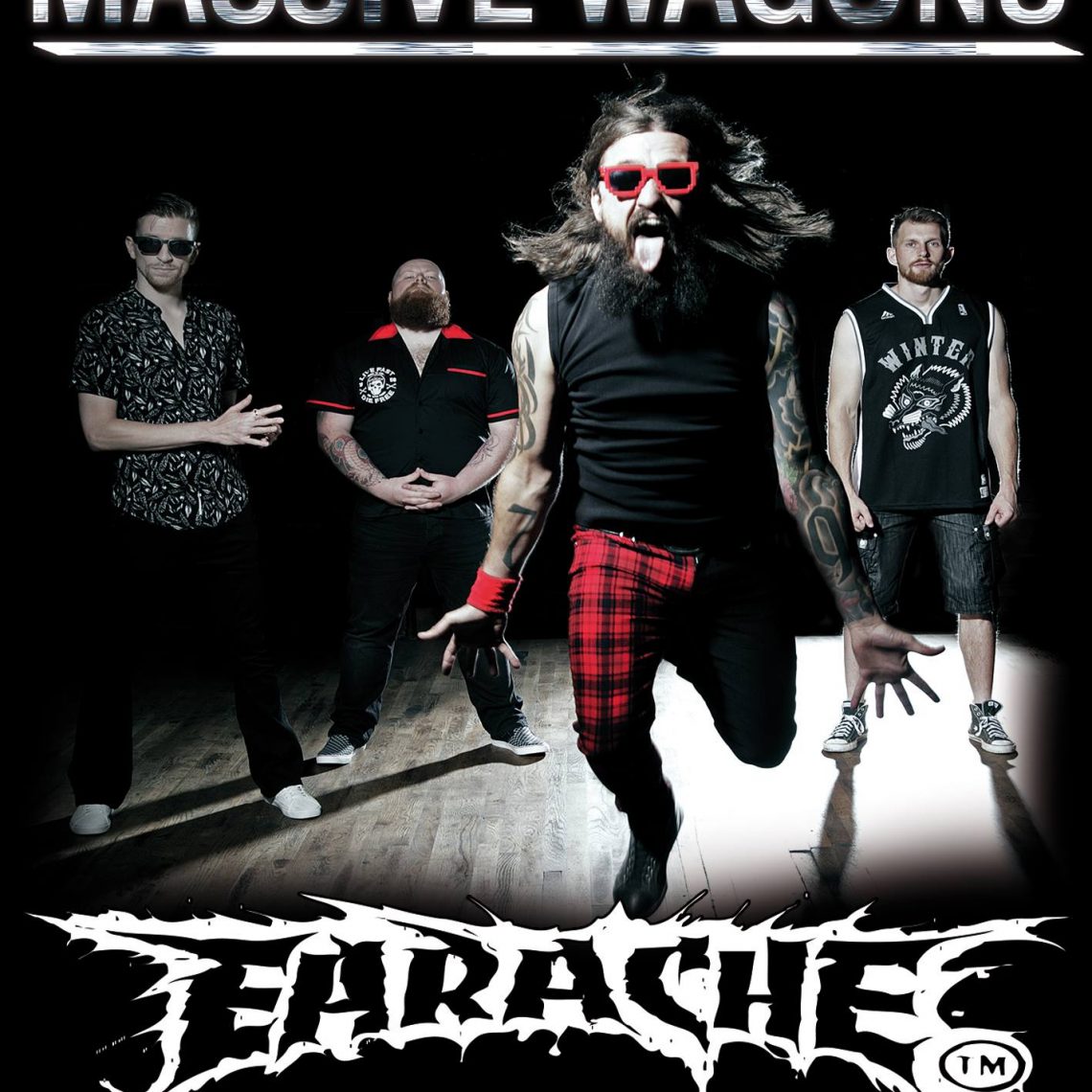 Formed in Lancashire by brothers Adam (guitar) and Alex (drums) Thistlethwaite, both in their 20s, MASSIVE WAGONS are the newest rock ‘n’ roll hopefuls to sign to Earache. Rounded out by Barry “Baz” Mills (vocals) and Adam Bouskill (bass), MASSIVE WAGONS play straight-up, feel-good rock ‘n’ roll in the English tradition – no gimmicks, no agenda.

MASSIVE WAGONS instantly set about writing infectious rock anthems and taking them on the road, toiling in the underground scene where they have amassed a hardcore following and honed their craft through non-stop touring, developing a live performance to be remembered and hitting the stage like it was the last time, every time. The band are now poised to take on the world with their Earache debut, slated for release in early 2018.

“You always hear people talk about ‘making it’; rock fans chatting about who they think will ‘make it’ or who they’d like to see ‘make it’,” considers frontman Baz. “I’ve never really known what that truly means to be honest – I suppose everyone has a different take on what it means to them – but if you ask me, I’d say ‘making it’ means being lucky enough to reach a platform where our music is taken seriously, recognised and respected; where our music will be cemented in history, referenced in the future maybe by our peers as a band that did something; remembered by rock fans. I wanna leave a legacy – however big or small that is, I want to leave our mark, and although I want to take this thing much further, I firmly believe through signing with Earache that we have achieved this. I’m so proud to sign this deal; to be able to work with such a huge label like Earache is a dream come true. The new Wagons album is just about written, next is the studio, then the biggest, baddest release yet. Bring it on! I just wanna thank the people at Earache for having faith in what we do and giving a group of guys from the street an opportunity to stand out. Much love and rock on.”

“We’re mega excited to have signed to the world’s toughest and truest hard rock and metal label, Earache Records,” adds lead guitarist Adam. “We have always been impressed by their artists and are extremely confident that the best material we’re writing has found its rightful home in Earache for many years to come. We are straining at the leash to get stuck into 2018 and beyond.”

With just a handful of gigs lined up before the end of the year, MASSIVE WAGONS recently decided to arrange a special homecoming show in Lancaster. With a rich history in rock gigs – the university hosted the likes of QUEEN, SLADE and THE CLASH back in the day – MASSIVE WAGONS wanted to bring some big riff music back to the city. With a lack of medium-sized venues however, the band had to think outside the box, and have unbelievably managed to secure the city library for the already sold out show – a location in which multi-platinum singer Adele once performed. 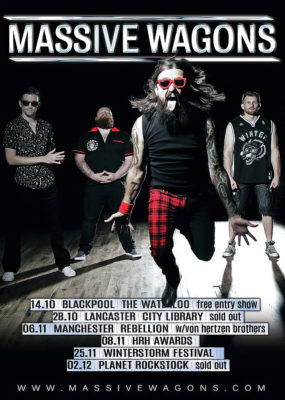