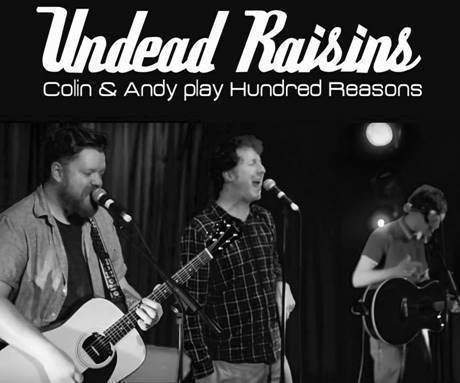 Undead Raisins have announced that they will be touring the UK in October and November. Undead Raisins is the acoustic project fronted by Colin Doran and Andy Gilmour of UK post-hardcore/emo, alternative rock legends Hundred Reasons.

“I’m both thrilled and honoured to be playing these songs live, on this tour, and with such amazing musicians,” says Tom, “The fact that the songs translate so well to an acoustic setting is testament to the unbelievable songwriting and strength of the original material. The festivals we’ve played as Undead Raisins over the past year (including Camden Rocks and 2000 Trees) have been absolutely incredible, and these shows promise to be no different!”

Tom Stevens has joined the innovative private music college WaterBear in Brighton as the BA Course leader. WaterBear is Brighton’s new alternative, state-of-the-art private music college, founded in 2018 by Adam Bushell, Bruce John Dickinson, and Mark Clayden. As a skilled guitar practitioner and tutor, Tom will be sharing his expertise, advice and tuition with WaterBear’s students. The college launches with its inauguration ceremony on 30th August 2018, with a special performance from patron Frank Turner to mark the occasion.

Tom’s track record not only includes Undead Raisins but Freeze the Atlantic, who’ve been touring Europe as headliners and support artists and releasing records for the past ten years. FTA have played some of the biggest UK indie and rock festivals and have received airplay from Radio One and XFM. Tom himself is currently signed to award-winning indie label Alcopop Records.

What’s more, Tom is an experienced guitar tutor with an impressive portfolio as a music performance course leader. He set up and ran the successful Summer School ‘Rocked Out’, which ran from 2005 to 2011, and featured tutors from bands such as A, The Bloodhound Gang, Hell Is For Heroes, Hundred Reasons and Reuben. 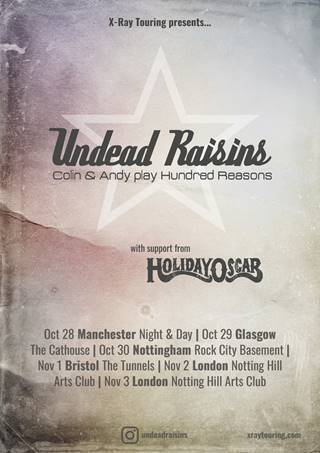