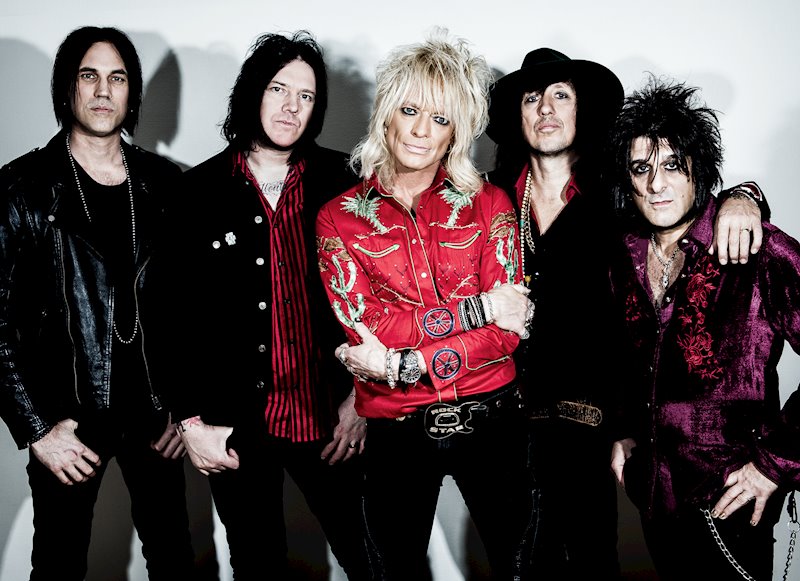 Former Hanoi Rocks Frontman Michael Monroe is excited to announce that he will be doing a full European tour at the end of this year in support of his band’s forthcoming and much-anticipated new album ‘One Man Gang’, with the album being released to coincide with the tour. Label details to be announced shortly.

Michael Monroe says “I am very excited to announce that me and my band will be heading out for a full European tour this winter in support of our brilliant new album ”One Man Gang” which is going to be released this fall.  It’s an ”all killers, no fillers” album and I can’t wait for you to hear it.  I also can’t wait to see you down the road!”

The band’s all-star line-up features former Hanoi Rocks & New York Dolls bass player Sami Yaffa, who has played with Michael since the 80’s. Meanwhile, on guitar duties, the band now have Rich Jones (formerly of The Ginger Wildheart band) plus guitar legend Steve Conte (best known as the guitarist who filled the void left by Johnny Thunders in the New York Dolls, as well as playing guitar with many other name acts such as Suzi Quatro, Eric Burden & many more) and drummer Karl Rockfist (who has played with notable acts such as Danzig)

The band plays London’s  O2 Academy Islington on 30th October. as well as headlining the Saturday night at this year’s Hard Rock Hell, alongside the likes of Dee Snider & Buckcherry.

More shows are likely to be added soon including some domestic dates. 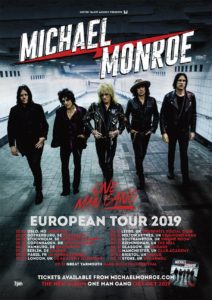 Tickets go on sale this Friday 10th May

For more details or to buy tickets go to