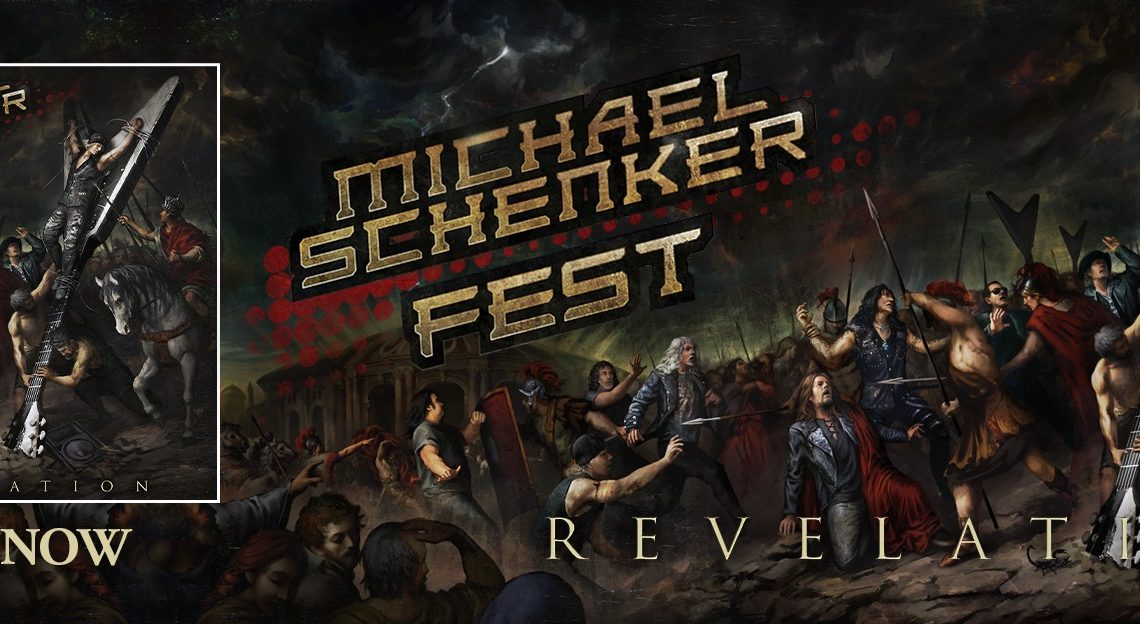 I hope you’re comfy as I want to tell you a story about something that happened to me back way back when.

In the summer of 2007 some mates and I heard that Michael Schenker, then in the guise of the Michael Schenker Group or MSG, was going to be playing a show at The Point in Cardiff Bay. For those that don’t know, The Point was a converted church which gave it the best acoustics. Sadly, it’s been closed for many years as they built flats next to it and the owners complained about the noise. I call these people lots of bad words.

Anyway, on with the tale. So the day of the gig came, we all met up in a local hostelry called The Eli Jenkins for a pre-gig session of nourishment and imbibing of local ales and spirits. We quaffed and gorged ourselves on the offerings of The Eli and talked many a fair tale of music and gigs. After quenching our thirst for alcohol and our hunger with burgers and chips we headed the short distance to The Point in plenty of time for the start of the show.

You can imagine our surprise when we got to the venue to find no queue, no bouncers, nothing. Except a single piece of A4 stuck to the door. I quote “The Point apologies that the MSG gig has been cancelled due to unforeseen circumstances”.

We all took it in turns to read that piece of paper several times in case it changed. It didn’t.

After gate crashing a wedding reception, we made our way back to The Eli to drown our sorrows and generally bitch about Mr Schenker and the elaborate circumstances that we’d made up leading to the cancellation of the gig.

To this very day, I have still never seen him perform live.

Now, 12 years later, I’ve got my hands on the new album from the Michael Schenker Fest to review. So what are we waiting for. Let’s turn it up to 11 and give it a listen.

Wait a second….. Before I start, I want to talk a bit about what or rather who the Michael Schenker Fest is (I’m going to use MSF from now on).

There are eight (8) members of MSF, four of them are vocalists. Aside from Mr Schenker, there is Gary Barden, Graham Bonnet, Dougie White and Robin McAuley all on vocals. Then comes Steve Mann on guitar and keys, the excellent Chris Glen (I love SAHB) on bass and Bodo Schopf on drums. Between them they have literally hundreds of years worth of experience writing, performing and being musicians so you know that whatever they do, it’ll sound good.

This is very true. The album itself is well recorded and it sounds great. Whether you will like what they give you is another matter.

Thus, we enter the review proper with the first track, “Rock Steady”.

This track sounds like the start of a West End rock musical. It’s classic rock alright, but with added jazz hands. It isn’t very good and its probably the one track on the album I’d rather like to ignore from now on.

Funnily enough, the track I like the most is the final one on the album.

Its called “Ascension” and is an instrumental. This song shows off Schenker’s guitar to the very best and I think the lack of vocals has allowed them to concentrate on making what is a really good sounding classic rock song.

As for the rest of the album, it’s very easy listening.

I imagined myself round one of my rock buddies houses having a barbecue out the back with a large glass of something frothy in one hand, a burger burnt on the outside and raw in the middle in the other. In the background we have MSFs latest album playing. We’re not paying it any attention, it’s just there as a nice comfortable backing track to our festivities.

I don’t consider this a slight or a negative.

Oh, and I’m not even going to start talking about the front cover with Michael prostrated on his flying V like some Christ figure.

I don’t think that at this point in his career Michael Schenker is going to set the world alight with the most ground breaking album ever. These guys aren’t Tool, they’re not Slipknot, they are all classic rockers and that’s how they’re going to stay.

‘Revelation’ feels like a very safe bet for MSFs fan-base. They aren’t likely to win many new fans with it, but the ones they have got will love it. 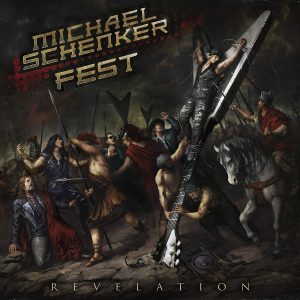