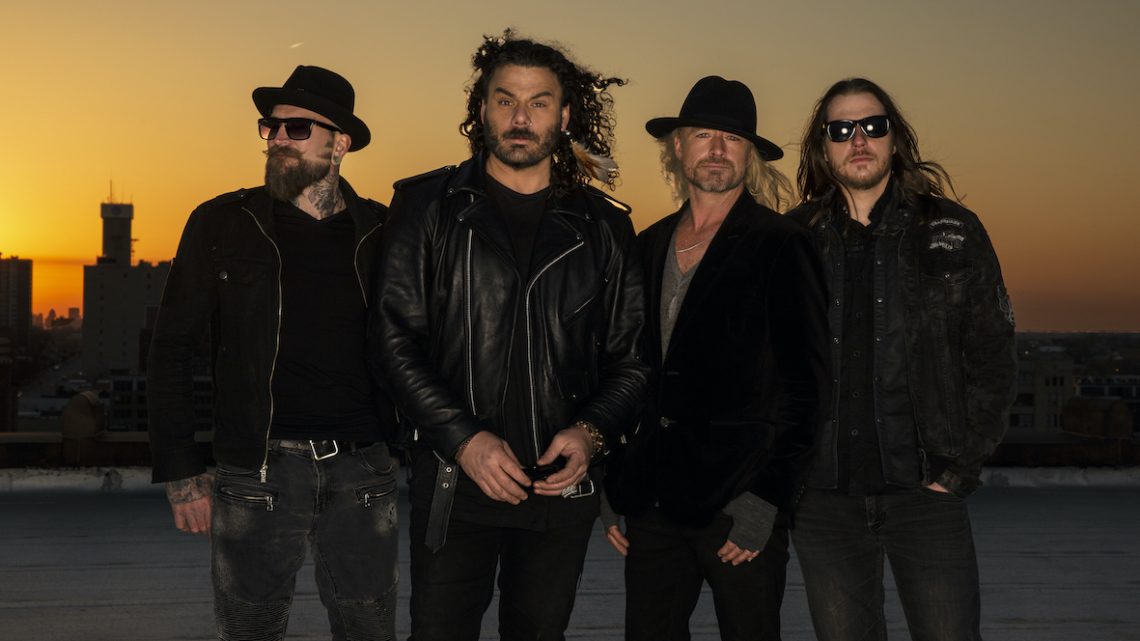 Singer Nathan Hunt shares, “’Voices,’ mostly was one of the songs written in the small hours of the morning. After exhausting and frustratingly scrapping an idea for a different tune, Voices just came organically. The melody effortlessly wormed its way into the song. Then we had a choice.  Whether to make it a verse chorus bridge a/b/c type song or to make it more of an epic linear style complete with guitar solo. We chose the latter, and brought in some group vocals backed by a stomp clap groove that gives the song an anthem feel the album needed.” Guitarist Josh Hamler adds, “’Voices’ is a song that blends dark and light. From the sombre verses to the lifted anthemic choruses, it captures the full spectrum of emotion brought on by your own worst enemy… yourself.”

In May, the first reveal from the new recordings was “Bird Dog”

Shaman’s Harvest has released six albums prior, with a combined 250 million plus streams of the band’s repertoire.  To date, Shaman’s Harvest has sold over 100,000 albums and 415,000 singles.  At radio, the band’s last album yielded two Top 30 Active Rock singles in “The Come Up” and “Devil In Our Wake.” The prior album, and first with Mascot Label Group, Smokin’ Hearts and Broken Guns enjoyed massive success at the format with four Top 40 Active Rock singles, the highest chart position being #11 with “In Chains.”

They have toured with a who’s who in Rock, amongst whom are Godsmack, Nickelback, AC/DC, Cheap Trick, Alice In Chains, Shinedown and Seether alongside others. They’ve been a consistent draw at festivals that include Rock On The Range, Rocklahoma, Carolina Rebellion, Rock USA, Rockin’ The Rivers, Rock Carnival, and on the Shiprocked cruise.  This new track sets the tone for what’s to come. A new album that unequivocally captures a band looking forward, not repeating their creative past.