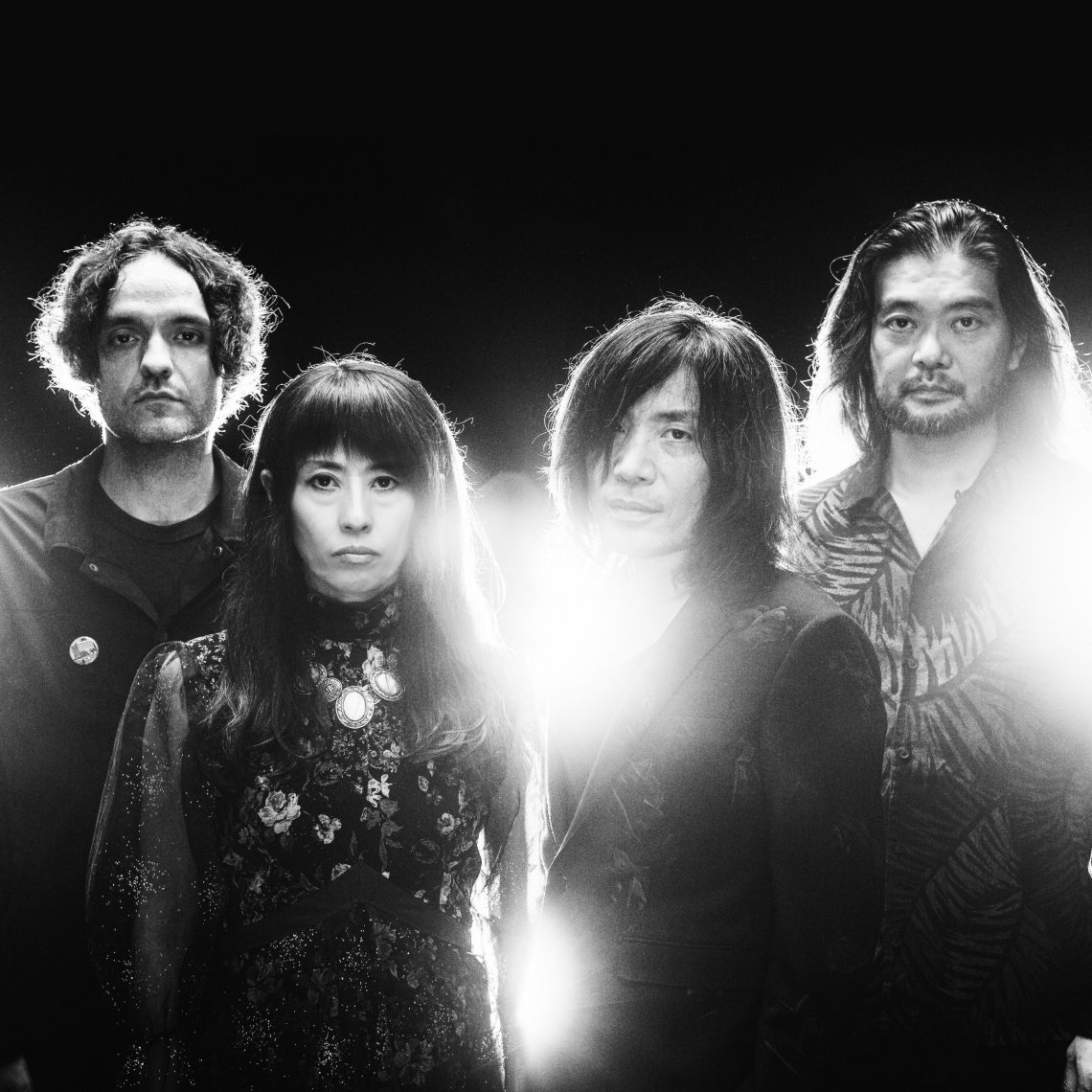 2019 sees MONO head into their 20th anniversary – and they show no signs of stopping. 2018 saw the band personally invited by Robert Smith to perform at his Meltdown Festival curation in London, where they sold out Queen Elizabeth Hall almost as fast as the likes of Nine Inch Nails and Deftones sold out their intimate shows at Royal Festival Hall. It was recognition of an artist revered amongst their peers, and MONO duly created one of the stand-out performances of the festival.

Following on from their successful pre-release tour around Europe in late 2018, the band will present new album Nowhere Now Here in January 2019 and embark on their 20th anniversary year by performing their classic Hymn to the Immortal Wind album in full on the main stage at Roadburn Festival in Tilburg this April, accompanied by the Jo Quail Quartet.

This show will be one of the highlights of this special year for MONO – yet in many ways it is a precursor to so much more to come. April and May 2019 will see the band take a new set around Europe as Nowhere Now Here becomes the focus.

Ahead of this tour and the release of their new album next week the band have shared a 3rd single ‘Meet Us Where The Night Ends’.

Joining them on the road are artists who complement the heights and depths that their music reaches to. Arabrot create True Norwegian Art Rock and deliver a musical expression quite like no one else. Jo Quail is a one-woman cello ensemble, whose looped compositions redefine what classical instrumentation can mean within a heavy context. 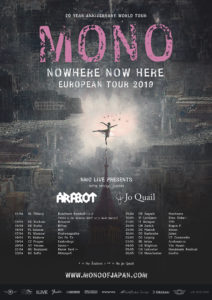 The conflict and correlation between dark and light is a universal theme with a rich history. Musically, perhaps no band in the 21st Century has mined that relationship more consistently or effectively than Japan’s MONO.

Across 10 albums in 20 years, MONO have convincingly reflected the quietest and most chaotic parts of life through their music. Their ever-expanding instrumental palette – which began in earnest in 1999 with the traditional guitar-bass-drums rock band setup – has evolved to include as many as 30 orchestral instruments. Now, on Nowhere Now Here, the band add electronics to their repertoire – perhaps inspired by guitarist/composer Takaakira ‘Taka’ Goto’s recent collaboration with John McEntire, the beguiling Behind the Shadow Drops. Nowhere Now Here also sees MONO’s first-ever lineup change, adding new drummer Dahm Majuri Cipolla (The Phantom Family Halo) to the core trio of Goto, Tamaki, and Yoda. Tamaki also makes her vocal debut here, singing into the shadows of vintage Nico on the poetically hazy Breathe.

The unlikely career of MONO has taken them to virtually every corner of the planet, several times over. Those corners have all left indelible marks on their music, as it drills deeper towards the sound of feeling not quite human and all too human – often at the same time.

MONO have also shared a collaborative short film, directed by French director Julien Levy. The short film was inspired by new track After You Comes The Flood and features a pursuit through the streets of Tokyo during which fear and attraction collide.