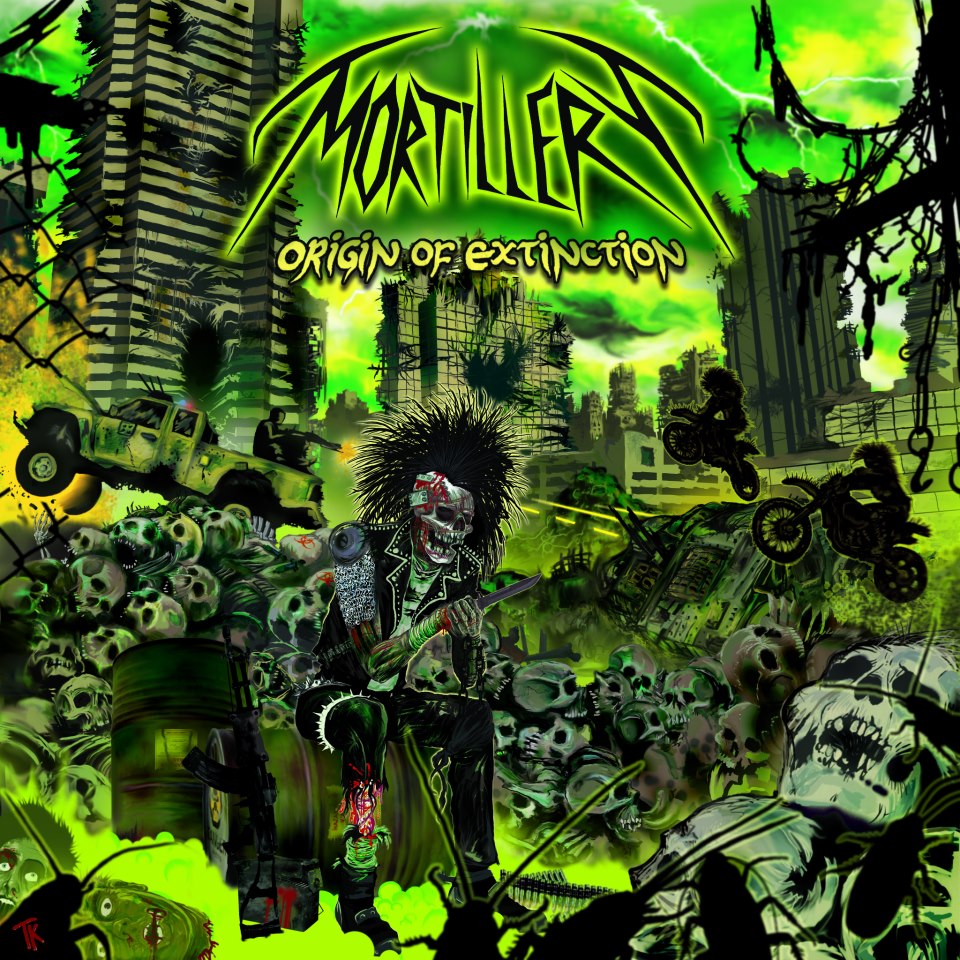 Mortillery’s second album “Origins of Extinction” released on Napalm Records is the next album am reviewing. Now I must say I have been quite lucky so far as all I do is pick an album from the ones that need reviewing and hope it is something I like (apart from the odd one or two I hand picked like Jungle Rot). Anyway back to “Origins of Extinction”, this is the Canadians 2nd album and follows up “Murder Death Kill”. If by the cover art and album titles you cant tell what music Mortillery play then your going to be in for a treat (but also need to hang your head in shame!) as this is good old school thrash.

Mortillery don’t offer anything that can be qualified as original, the riffs are fast and furious, drumming that pounds you in the face and a bass that chugs along! Mortillery are probably more towards Nuclear Assualt, Death Angel etc with a bit of Suicidal Tendencies thrown in to add a slight hardcore/punk feel. As stated earlier this isn’t original and the riffs can be quite standard and formulaic, although they are played really well and executed amazingly. The thing that separate Mortillery from the Thrash pack is lead vocalist Cara McCutchen, yep the vocalist is female. However you probably couldn’t tell as she can sing up there with the likes of Bobby “Blitz” Ellsworth, Eric A.K., Chuck Billy, Paul Baloff etc. This then raises a question though does she sound manly or did early thrash acts sound feminine? However it doesn’t matter…

So to sum up this offering from Mortillery I will say that if you’re a newbie to thrash then you will probably absolutely love Mortillery and think they are amazing. However if you love thrash all ready then Mortillery are very good at what they do and you will bang your head and pump your fist to this album (that I god damn guarantee), but it is an album that has been done many times before but could be a welcome change to your overly played thrash albums?!?!