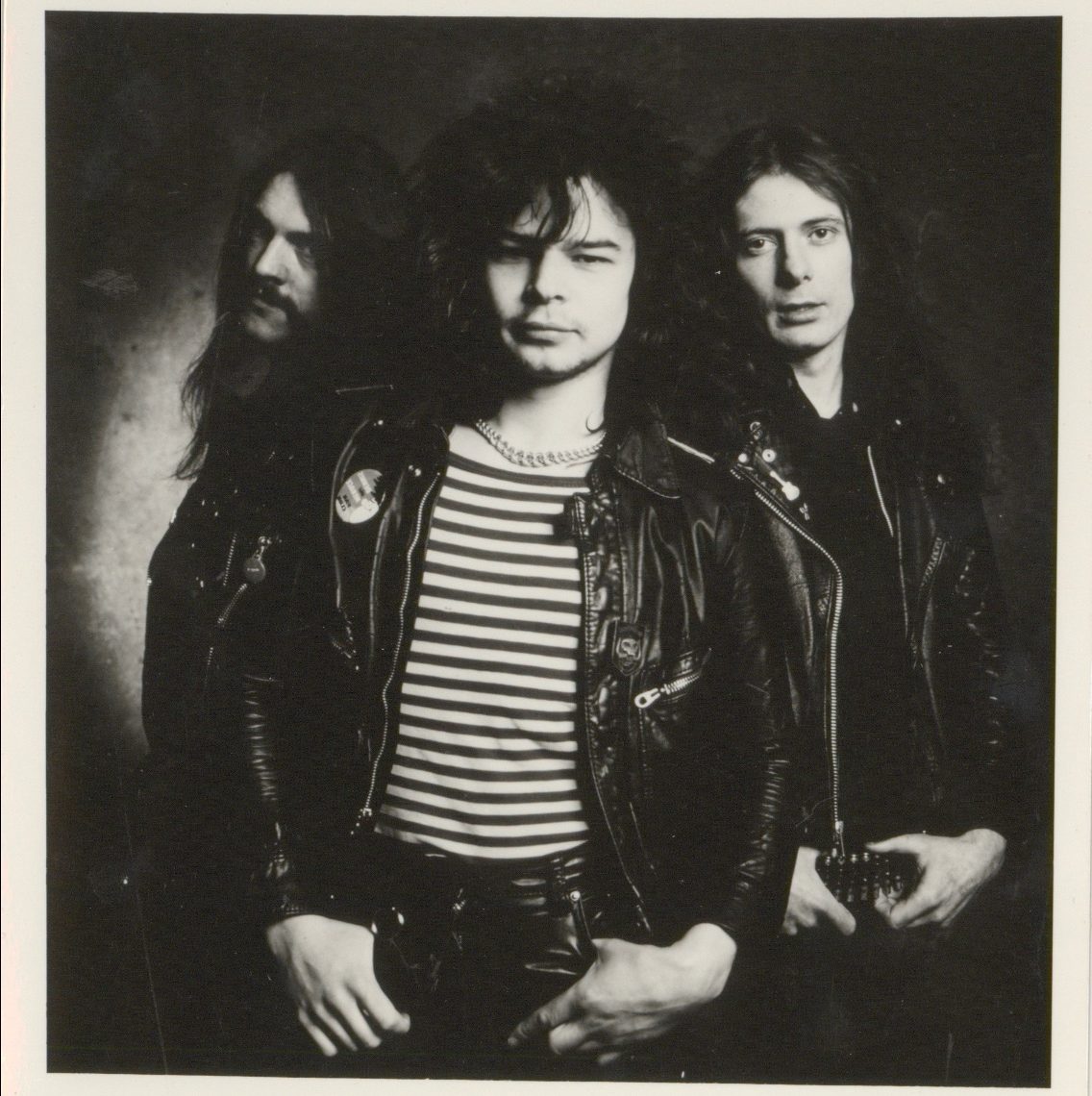 Newly remastered from the original analogue tapes, Motörhead’s ‘On Parole’ is to be re-released on 9 October as part of National Album Day. Available as a single CD and double-LP, it features six bonus tracks that include a previously unreleased original version of ‘Iron Horse / Born to Lose” which is available now from https://lnk.to/Motorhead-IH-BTL and a previously unreleased demo version of ‘Fools’. Other bonus tracks include ‘On Parole’, ‘City Kids’, ‘Motörhead’ and ‘Leaving Here’.

There are new liner notes written by founder member Lucas Fox, the band’s original drummer, and features rarely seen photographs and archive content. It will be released with a rare Canadian version of the cover artwork and is the only Motörhead album that features the original line-up of the band (Lemmy on vocals and bass, Larry Wallis on guitar and vocals, and Lucas Fox on drums). Lucas Fox features on all the tracks, including those that Phil Taylor added his drums to.

Originally completed in 1976, ‘On Parole’ was the first-ever recorded material by Motörhead, but was released in 1979 after it was originally held-back by then record label United Artists. The album proved to be the starting point of one of the most important bands in rock history, these early recording sessions set Motörhead’s uncompromising sound and became a turning point for Lemmy who would now become front and centre of his own band and, unintentionally, one of the most iconic, influential and celebrated figures in rock music. ‘On Parole’ was eventually released in 1979 becoming the band’s fourth ‘released’ album.

The album proved to have a massive impact on British musical culture like very few albums have ever had and became the bridging point from rock to heavy metal and then to punk. With Lemmy having been sacked from space/progressive rock legends Hawkwind, he once again started to hang out with old friend Lucas Fox who shared a multitude of passions and beliefs, and from this Motörhead was born. Purposefully loud, aggressive and provocative, their songs were short, sharp, shocks instead of songs with 20-minute guitar solos. They were unrelenting to their audience… and they loved it.

The band’s music and attitude was a fuck you to the establishment. It spoke to a generation of young people who couldn’t find their identities. After the oil crisis of ‘73, unemployment shot up and a whole host of the kids of the time had little or nothing in common with the millionaire ‘rock royalty’ that were representing music at that time… the kids didn’t have their, ‘own band’.

Motörhead were radically different for their time, no one was doing music like this, and with the snaggletooth logo, the regalia, the leather jackets, cowboy boots and skulls nobody looked or dressed like them. The creation of Motörhead is a moment in time that is unique and impactful and Lemmy’s no-compromise-no-prisoners anti-establishment attitude influenced so many musicians in a wide range of musical styles (Dave Grohl, Metallica, Pantera, The Damned, Billy Idol…) to start their own bands.

Many of the songs originally recorded for ‘On Parole’ would become mainstays on record and live by the ‘classic’ Motörhead trio of Lemmy, “Fast” Eddie Clarke and Phil “Philthy Animal” Taylor and beyond, with the song ‘Motörhead’ making the UK Top Ten in 1981. Although the band originally distanced themselves from ’On Parole’ upon its 1979 release, Lemmy said in later interviews that it was the real first Motörhead album, and part of the band’s story, noting that although it was a completely different band, it was no less an album just because it was late into the stores.

CAINE CONSIDERED FOR GRAMMY NOMINATION BY THE RECORDING ACADEMY