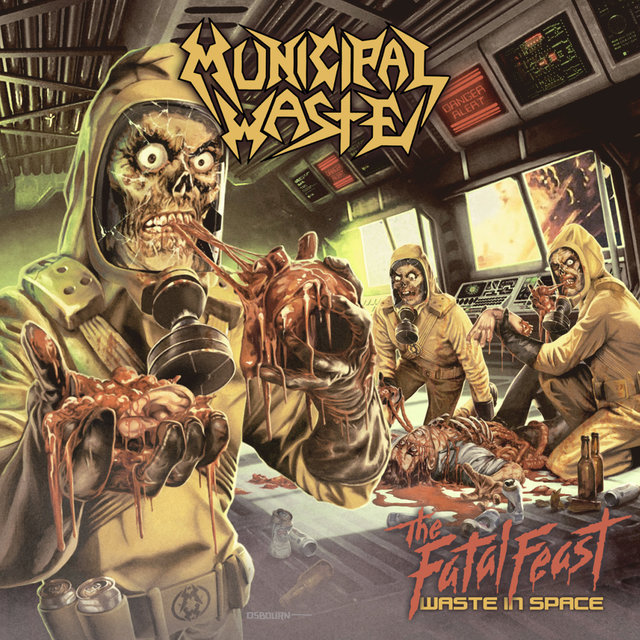 Guitarist Ryan Waste comments:
“Nick joining the Waste is a big deal for us, we couldn’t just add anyone to the fold. It had to be a close friend, and he’s one of our best buds in fact. It doesn’t hurt that he can play his ass off too! He gets our style and totally adds to it, making us an even heavier force to be reckoned with. We’re all having a blast working together, cooking up new tunes and pulling out some classic Waste cuts for this upcoming UK tour and Download Festival!”

Nick Poulos adds:
“I couldn’t be more thrilled about teaming up with the Waste! We’re no strangers when it comes to making music together and when they asked me to join on second guitar, there was zero hesitation. The history of this band and watching the growth has not only made me proud but excited for the future.”

Additionally, Municipal Waste are set to commence their UK headline tour this week, kicking off with an epic performance at the legendary Download Festival.

Dedicated to keeping the spirit of the 1980’s cross-over scene alive, it was with their uncontrollable mirth and succinct songs that lead Municipal Waste to reap the rewards of their hard work. By the time they signed with Nuclear Blast in 2011, they had proven themselves as die-hard road warriors who could tour and perform with bands outside their genre such as Suicidal Tendencies, The Casualties, 7 Seconds, Circle Jerks, Sick Of It All, GWAR, Lamb Of God, Children Of Bodom, and At The Gates and win over their crowds.