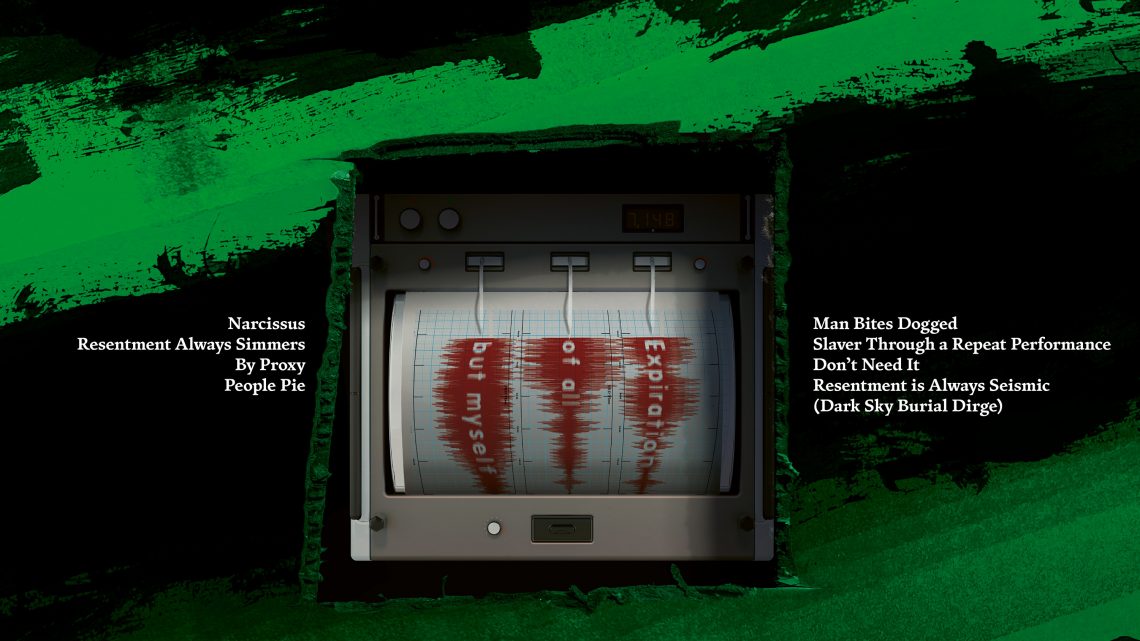 Resentment is Always Seismic – a final throw of Throes is a partner recording to NAPALM DEATH’s latest, much acclaimed Throes Of Joy In The Jaws Of Defeatism album from 2020, concluding matters through vital, tumultuous Grindcore and shockwave ambience.

While currently on the road across North America, NAPALM DEATH frontman Mark “Barney” Greenway says: “You can certainly consider ‘Resentment Is Always…’ as an extension of – or partner recording to – the ‘Throes…’ album. We had long since wanted to put a mini-album out – in the spirit of the old days – and found we had enough quality tracks even after all the ‘Throes…’ bonus tracks to do that. Hopefully, this mini holds some nice twists in its own right for people, and certainly covering ‘People Pie’ by Slab! made us really stretch ourselves, which feels great artistically. In the end, resentment is certainly seismic – it can trigger the complete erosion of humanity in many situations. That was the point that I really wanted to hammer home overall.”

‘Narcissus’, the furious opening track of the release, is being launched today as small foretaste of the Mini-Album. Make sure to check it out at full volume here.

“’Narcissus’ just seemed to fit the bill as one of those rampaging tracks that we always seem to gravitate towards as an album opener. The low-slung concrete mixer bassline at the start really ushers it in nicely. It was written at a time when the ‘alt-right’ was parading itself around, so lyrically I like to think it exposes the vanity and personality cult of that whole thing,” adds Greenway.

The 8-track mini-album Resentment is Always Seismic – a final throw of Throes comes with a total playing time of 29 minutes and will be available as Ltd. CD Digipak, Vinyl as well as in the Digital Album format with the following track-listing: 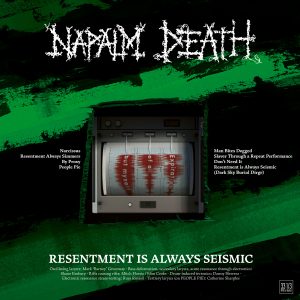 The vinyl edition will come as 12” (at 33 ⅓ RPM) on 180g vinyl, available in the following variants/limitations:

The pre-order for the various formats of “Resentment is Always Seismic – a final throw of Throes” is starting today here.

NAPALM DEATH will tour the UK with Doom, Siberian Meat Grinder and Show Me the Body next year om the “Campaign For Musical Destruction” European Tour 2022:

Check out the singles/videos that NAPALM DEATH released for the Throes of Joy… album here:

‘Backlash Just Because’
‘Amoral’
‘A Bellyful of Salt and Spleen’
‘Contagion’

You can still order Throes of Joy in the Jaws of Defeatism in various formats here.