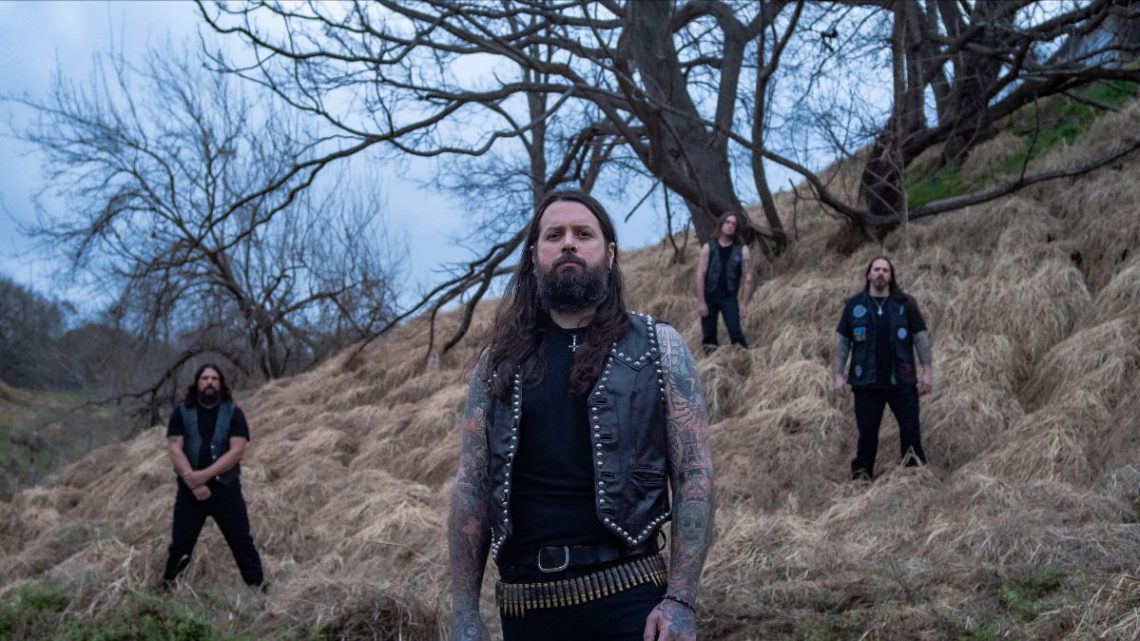 Season of Mist are proud to announce the signing of Texas black metal battalion NECROFIER! The band, formed in 2018, will be releasing their debut full-length later this year. Be prepared for the total southern darkness that’s about to come…

The band comments on the unholy union: “It is time to reveal that we have entered a pact with Season of Mist. We are truly proud of our first album and could not imagine a better label to unveil it to the world. It is an honor to be a part of such a legendary label.”

To get a glimpse of NECROFIER’s work, check out their EP ’Visions in Fire’ HERE.

The rise of American black metal is a cult movement whose vast influence and growth cannot be ignored. Houston’s NECROFIER carries this torch, embodying the hallmarks of melodic black metal while embracing their Texas roots, delivering what can only be described as total Southern darkness as they bridge the divide between true Norwegian black metal and American gothic.

In the fall of 2018, fate coalesced when vocalist/guitarist Bakka Larson (VENOMOUS MAXIMUS, NIGHT COBRA) saw an open call on social media from drummer Dobber Beverly (OCEANS OF SLUMBER, INSECT WARFARE) who was looking to work on a traditional heavy metal project. Larson had already been working on black metal songs as an outlet to explore the themes of the supernatural and unknown and exploring this darkness, so he jumped on the opportunity and quickly reached out. The two immediately connected over their shared passion to create dark, old school music in which they could inject their Southern flair.

The duo eventually recruited Beverly’s OCEANS OF SLUMBER counterpart and bassist Mat Valentine and soon wrote and released a debut EP, ‘Visions in Fire,’ which channeled the spirit of late-era DISSECTION, WATAIN, CLOAK, and TRIBULATION while staying true to their own homegrown sensibilities.

Not long after the EP release, the band scored an opening slot with UADA. Needing a second guitarist to fill out the sound, Josh Bokemeyer (CHURCH OF DISGUST) was eventually tapped to fill that role, completing the band’s inception.

The four-piece later released a music video for the EP title track and went on to perform with a vast array of their black metal brethren such as 1349, GOATWHORE, and CLOAK, including an appearance at a coveted SXSW showcase. Now, the band is emerging from the darkness of 2021, ready to fan the unholy flames and finally release their devastating debut full-length in 2021!

Jeff of The Blood Of Christ- Flaunts His Pets

The Ocean to perform ‘Phanerozoic I: Palaeozoic’ in its entirety for upcoming livestream show