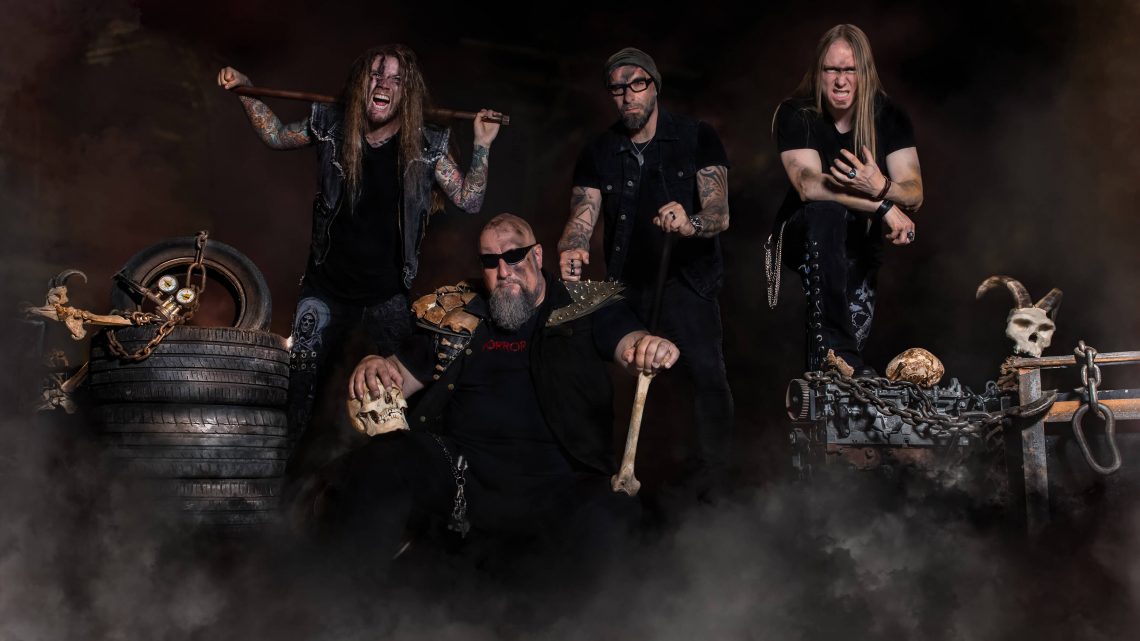 New RAGE album will be released in September!

The band’s fans were overjoyed when in summer 2020 Rage frontman Peavy Wagner presented the group’s new line-up featuring two guitarists, announcing a return to the constellation that had recorded classics such as Black In Mind and End Of All Days. After last year’s departure of Marcos Rodriguez, Stefan Weber (ex-Axxis) was enlisted, followed just a few weeks later by Jean Bormann (Angel Inc, Rage & Ruins). The fourth band member is drummer Vassilios “Lucky” Maniatopoulos, who has been with Rage since 2015. The current line-up could be seen and heard for the first time on the ´The Price Of War 2.0` video clip, a new edition of the same-named song from Black In Mind, which has been available on all major online channels since June 2020. Immediately afterwards, the quartet commenced work on its brand-new album Resurrection Day. “I`m surprised how quickly the new line-up has gelled into a homogeneous team and how positively the talents of each band member have come into effect,” says Wagner, looking back on a highly creative production phase and commenting on Rage’s latest offering: “I feel that our music is still typical Rage on the one hand while sounding so much fresher on the other.”

Rage have recorded twelve new songs covering a stylistic range that could hardly be more characteristic of the band, from raw thrash metal tracks like ´Virginity` (also the first single and video), ´The Age Of Reason` and ´Extinction Overkill` through mid tempo pieces such as ´Arrogance And Ignorance` and ´Monetary Gods` to the straightforward ballad ´Black Room` which balances things out. “Rage fans get exactly what they want on Resurrection Day, plus a surprise or two,” promises Peavy, mentioning in particular ´Travelling Through Time`, a number that explores the extremes between bludgeoning “shoot-em up grooves” (quote Peavy) and epic moments. “The song is inspired by Renaissance composer Giorgio Mainerio,” he explains. “There`s a piece by Mainerio called ´Schiarazula Marazula`, with a wonderful theme that I often play at home on acoustic guitar. Jean and I have adapted it to suit the Rage format and given the song a different rhythmic perspective, which has added intensity. We’ve never done a number like ´Travelling Through Time` before.”

So we can look forward to a very special Rage album, and of course eventually also to live shows. Provided that the situation allows it, Peavy and his men are set to embark on a major European tour in November 2021. With Resurrection Day on their setlist, the shows are guaranteed to turn into highly explosive events! 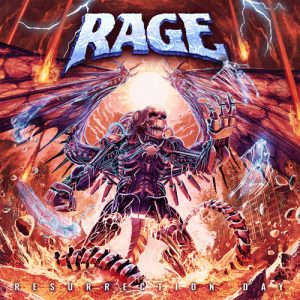 “Resurrection Day” will be released on September 17th, 2021 through SPV/Steamhammer in the following configurations: