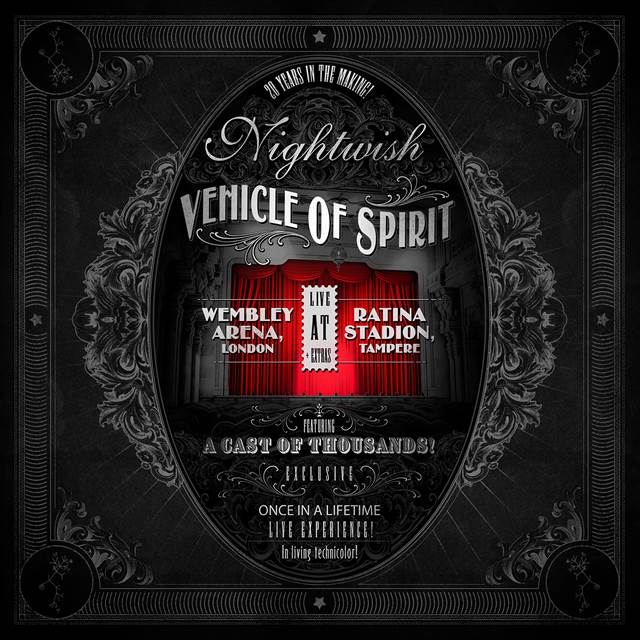 After touring for a year and a half throughout almost every corner of the world and leaving fans of all nationalities breathless, the time has come for NIGHTWISH to immortalise their ‘Endless Forms Most Beautiful’ tour on DVD. Therefore, the symphonic metal visionaries are set to release their new live milestone ‘Vehicle Of Spirit’ on November 4th, featuring not only two full concerts, but also plenty of bonus material.

“The title ‘Vehicle Of Spirit’ came from a friend of Troy‘s, who after seeing our show a few years ago defined NIGHTWISH as ‘A vehicle of spirit that defies category’. That beautiful description has followed us ever since, and felt like a perfect match as the DVD title,” states keyboardist and songwriter Tuomas Holopainen.

Sold out arenas and spectacular shows with never before seen pyro effects, wind machines, video screens and of course NIGHTWISH‘s incomparable melodies are the elements that made their latest tour so unique. Special highlights for the band have been two particular shows though:
The one in London, where they not only played their hymns such as ‘Élan’ and the majestic ‘The Greatest Show On Earth’ to more than 12,000 fans, but also welcomed the world famous scientist Richard Dawkins live on stage with them. Richard Dawkins´ works had a massive impact on the thematical orientation of their latest studio album ‘Endless Forms Most Beautiful’. Finland’s Tampere show however was a home run for the band and NIGHTWISH had never before had such an immense stage production with them.

“I would say the main part of the DVD are those two shows, both Wembley and Tampere. Wembley is mentioned first due to its recognisability and legendary status. I remember the show being very special, both a goal achieved, and a starting point. The crowd was heartwarming. The presence of Richard Dawkins on stage was just mind-blowing. The overall experience was a once-in-a-lifetime thrill ride! The show in Ratina Stadion, Tampere, was a home crowd specialty (for 4/6th of the band) with the biggest stage production we’ve ever had. A lovely atmosphere throughout the concert, with many same faces in the front row as there were 15 years ago. Heartfelt.” 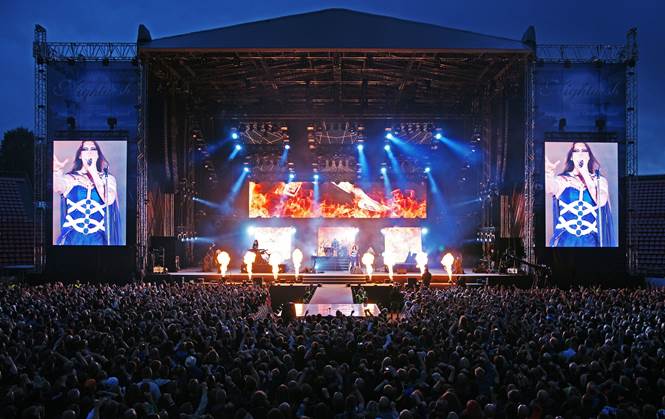 When it comes to the fine artwork of the DVD, NIGHTWISH decided to walk a different path this time and come up with a little alternative idea, as Tuomas explains:
“We didn`t want to include a traditional band shot for the cover, as on the previous DVD release ‘Showtime, Storytime’.

So we started brainstorming on different options and the idea of a classic silent movie era Hollywood visuals quickly came up. With those classic slogans the cover has a little tongue-in-cheek-touch to it, but it’s still classy and eye catching in its simplicity and originality.” 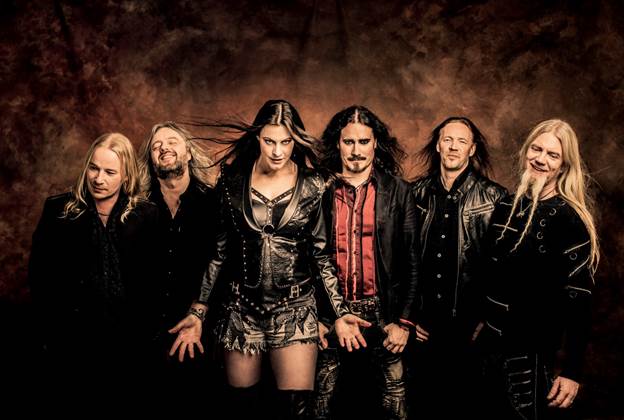