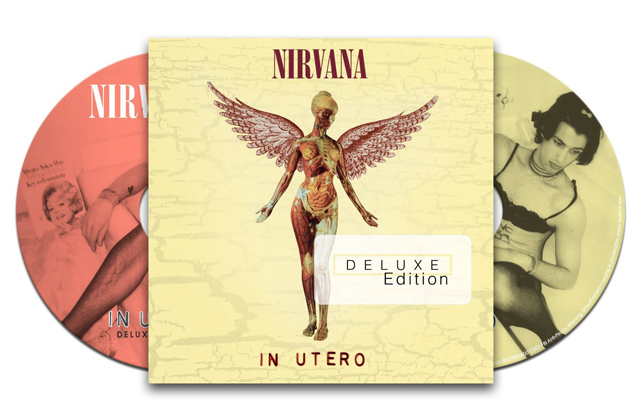 Nirvana were undoubtedly THE biggest band to come out of the Seattle grunge movement in the 1990’s and when I first started this website I never thought I would be reviewing a Nirvana album (for more than 1 reason) but I guess I thought wrong because here you are reading this Nirvana review of the 20th Anniversary of In Utero.

So, what do you get with this release? Well, you get a total of 60 songs and a DVD containing their complete set at “Live & Loud” show at Seattle’s Pier 48, on the 13th December 1993 which is another 29 songs – a staggering total of 89 songs!

The liner notes are really good, containing photos of the band, recording costings, letters from PR people to Nirvana and more – these are the “War and Peace” of liner notes.

I cant tell much difference between CD1 and CD2 (Remastered and 2013 mix), I’m sure there are differences to the original recording and this would have been better placed than having both a remastered and 2013 mixes. None the less, the quality of the recordings is good and the concert is also good. I never got to see them live, although I was due to see them in Manchester on the tour that Kurt took his own life so this now is the closest you or I will get to see/hear them live.

Apart from not telling a difference in sound between CD1 & 2, this is a well put together CD, the liner notes are good and as of writing this review Amazon have it for pre-order at £14.99 which is an absolute bargain! 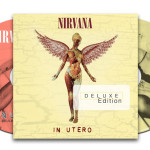