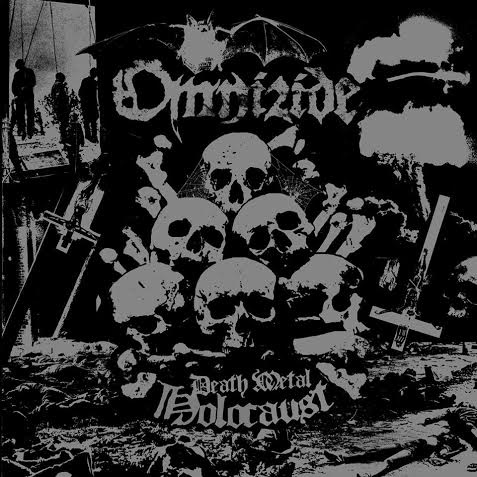 Next up for everyone to read and indulge in is Swedish blackened death metal band OMNIZIDE…this is a straight jab into the blackened veins of primal death metal with a dose of misanthropic black metal added to the cacophonous barrage of noise.

With the sound having a black metal feel this makes the album more memorable to the listener than the majority of bands who play this style of music. What also adds to the nihilistic music is that the vocals forsake the utterly guttural vocal depths for a more raspy, raw, malicious pitch. OMNIZIDE create a bleak nuclear barren wasteland where bodies are strewn across the plains and bones crunch under feet and the ashes of burnt bodies blows furiously in the wind. This is cold, bleak, grim and ghastly death but mix it up with slower doom dirges that add a funeral style approach to the music and then the immersion of pure darkness to the music to snuff out the last rembrandts of the dying sunlight.

This isn’t a perfect album or excellently written as some of the riffs seem to be a little safe and when they play in the HELLHAMMER/mid-paced BATHORY mould it can get a little dreary, however OMNIZIDE soon come along and change the atmosphere. A thing that might put some listeners off is that vocalist Michael Nox pitch can become a little monotonous and blur into the grey, grim wasteland, I was just hoping for sometimes a change to the vocals…maybe a blood curdling scream or a guttural growl, however some listeners will the vocals and argue it adds to the simplistic, sinister and abyssal environment OMNIZIDE have created. There is nothing new on this record but if you a fan of grim, ghastly, cold, wretched raw death and black metal then OMNIZIDE are well worth checking out and would recommend for fans of NIFELHEIM, WAR (TOTAL WAR), DARKTHRONE (early), CRAFT, DISMEMBER. 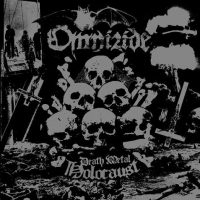 STAND OUT TRACKS – “No Remorse”, “Crystals of Death” & “Nuclear Strike”

Skinny Puppy bill Pentagon for use of music at Guantánamo