27th April 2016 0 By John Deaux
Music For Nations have announced the release of Swedish progressive titans Opeth’s critically acclaimed live album, ‘Lamentations’. Originally released as a DVD the album will be available for the first time ever on triple heavy weight 180 gram vinyl. 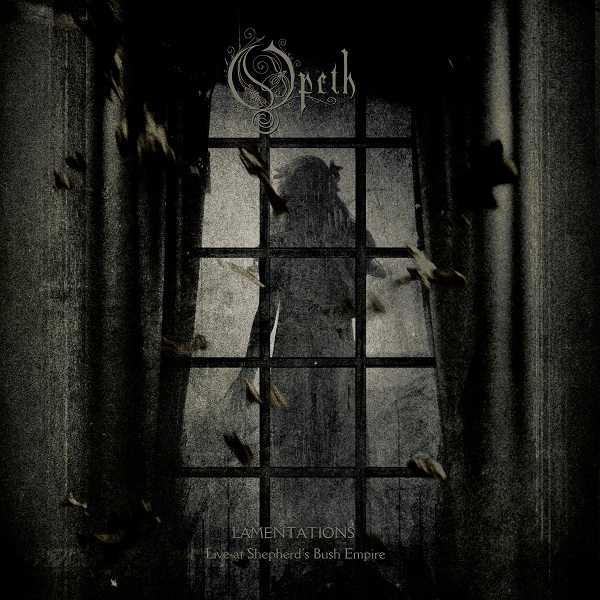 Set for release on 22nd July 2016 and with new album art by longtime visual collaborator Travis Smith, ‘Lamentations’ will make a great addition to any Opeth fan’s collection.
Label manager Joel De’ath comments ‘Those who were at this Opeth show saw the band emerging from their chrysalis to become the force we know today. It’s a pivotal moment in their career and it’s been a pleasure to immortalize the recordings onto vinyl.’
‘Lamentations’ features a live performance of Opeth’s Damnation album in full, interspersed with songs from the band’s masterpieces Blackwater Park and Deliverance. Conceived and recorded alongside Deliverence, Damnation marked a radical shift in style and tone. The band took the opportunity to move away from their earlier death metal sound and towards a style reminiscent of 1970s progressive rock, taking inspiration from their Blackwater Park collaborator and producer Steven Wilson (Porcupine Tree).
‘Lamentations’ was recorded live at the prestigious Shepherd’s Bush Empire venue, shortly after both albums were released.   Having celebrated their 25th anniversary as a band last year, alongside re-issuing Deliverance & Damnation, Opeth are returning to the live circuit in 2016. The band will be making appearances at an extensive series of European festivals, as well as returning for a headline performance at Wembley Arena on 19th November 2016.
Pre-Order now – http://www.omerch.eu/shop/musicfornations/proddetail.php?prod=MFN_Opeth_LamentationsLP&cat=4183
facebook.com/Opeth / facebook.com/MusicForNations