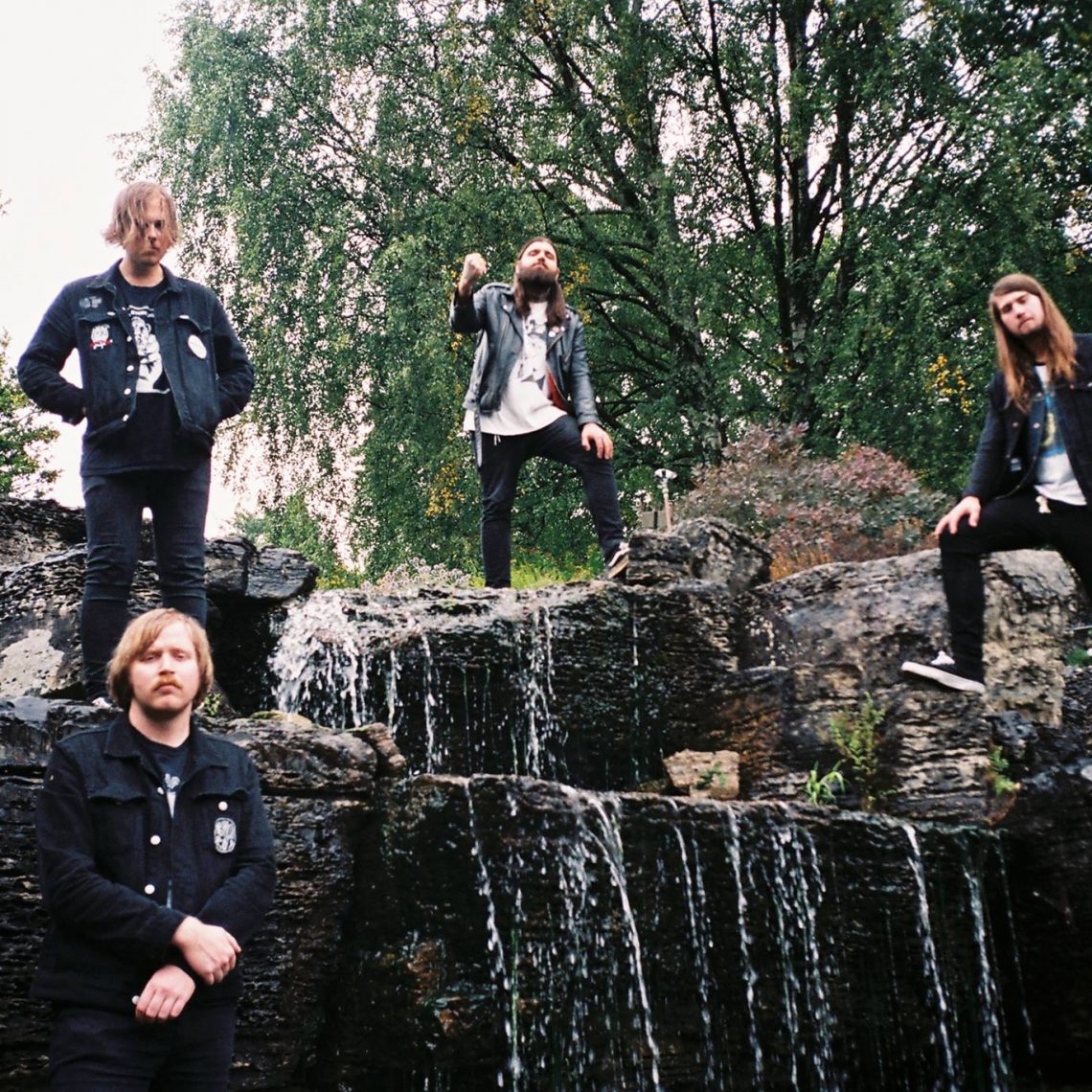 Norway’s newest power-punks Wet Dreams have revealed a brand new single today called ‘Boogie’, the latest taster of their debut self-titled album which is due for release on March 29th via Black Pop Records. Sebastian Ulstad Olsen of Wet Dreams (and Death By Unga Bunga), explained the inspiration behind the track: “This song basically wrote itself. I’ve been a fan of raunchy and heavily distorted Boogie Rock since I first heard Guitar Wolf.”

The band announced the album with the storming single ‘Bad Boy’ along with a video that songwriter Sebastian Ulstad Olsen of Wet Dreams said was, “…filmed in the deep forests of our beloved Østfold, Norway, this is the site for a secret festival happening every year.
If you know, you know…”

Wet Dreams were consummated in an Oslo basement, when Death By Unga Bunga frontman Sebastian Ulstad Olsen had conceived a few bastard songs he did not know what to do with. The songs grew into a fast and scruffy EP, released in the summer of 2017 – and now the self-titled debut album is finally here.

Wet Dreams is a punk rock/garage group from Oslo consisting of members from FOAMMM, Warp Riders, De Marvells as well as the aforementioned Death By Unga Bunga. They played one of their first ever concerts at Norway’s biggest festival, Øya in 2017, which lead to them being highlighted by NME as one of the best discoveries from the event where they described them as being for fans of “The Ramones to The Vaccines” and said their set was like “Motorhead covering The Hives”. In 2018 they have played festivals in Finland, Sweden, Denmark and Norway. Following the album release in March 2019 the band will tour Norway, Europe and the US.

Songwriter Sebastian Ulstad Olsen had this to say on the sound of the band:
“Even if the song structures aren’t miles away from the stuff I write in Death By Unga Bunga, I’ve been longing to challenge the recording and production process. I love music that bends the rules, so Wet Dreams is a great laboratory for this purpose.”

The record is about the idea of being – or trying to be – “larger than life” to conceal one’s own insecurities. The collection on the surface may appear a classic testosterone-fueled out-pour, but the lyrics combat this with belief that ultimately we’re all just humans with the same fundamental needs and desires.

The Wet Dream-song ‘I Can Fly’ will be featured in an upcoming episode of the US TV show ‘War Games’ – an interactive up-to-date take on the 1983 classic Matthew Broderick-starring film.