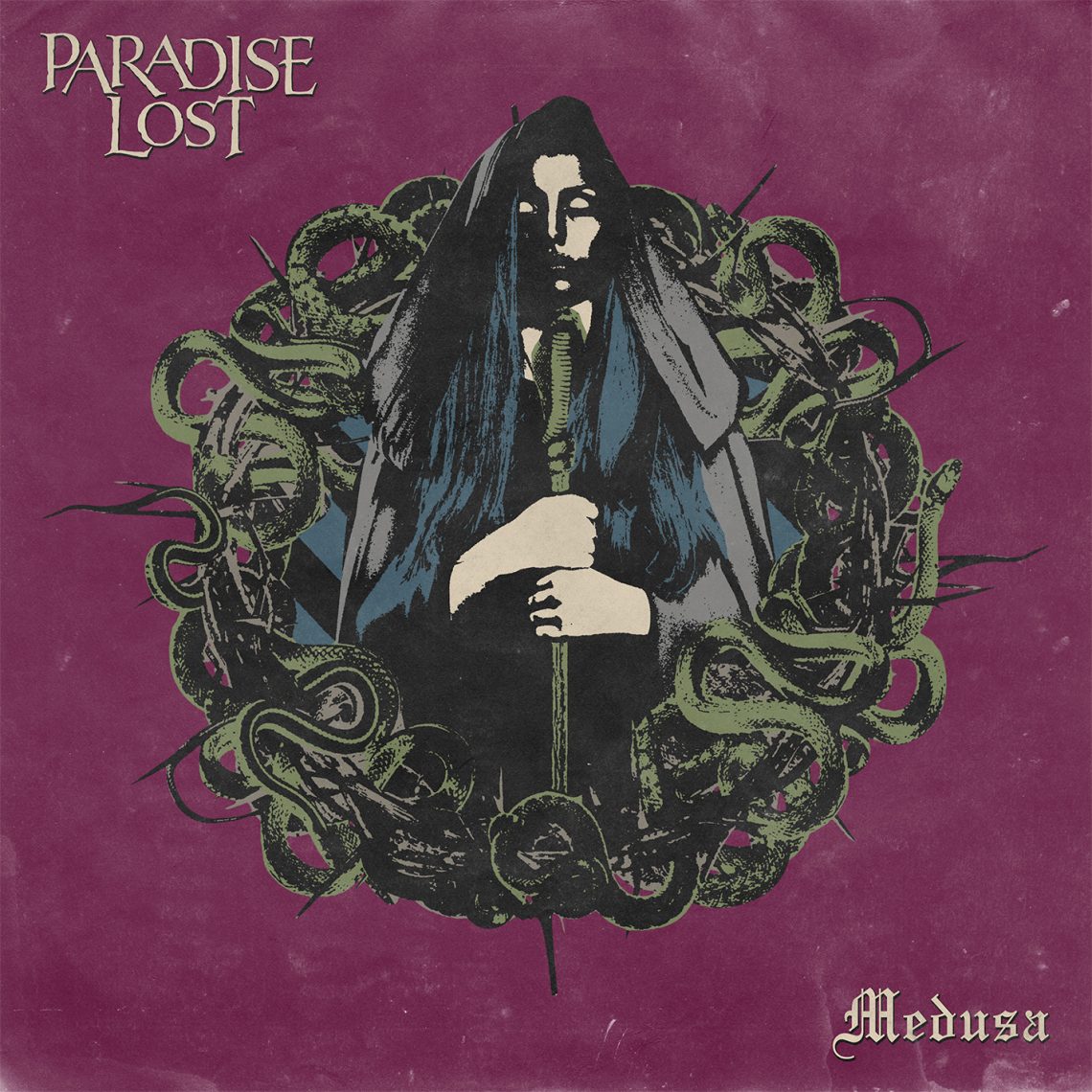 6th June 2017 0 By John Deaux
PARADISE LOST‘s studio album »Medusa« will be released on September 1st via Nuclear Blast. With this 15th full-length release, the legends are returning to their early beginnings, delivering their heaviest record of the past 15 years, melding crushing doom metal with Nick Holmes’ harsh death growls and raw organic sounds, heralding a new era of pure Northern misery.
The artwork was created by Branca Studio and shows the infamous Gorgone Medusa from Greek mythology, carrying venomous snakes as hair and turning anyone into stone who would dare to look into her eyes. Guitarist Greg Mackintosh contemplates about the artwork:

“Whilst we were writing »Medusa« and realising what the new songs were becoming, we had to find an artist to reflect this direction. After searching around for a while, I found Branca Studios. They have a keen eye for design and their modern take on retro artwork really fit the bill. What they have come up with is a blending of colourful yet retro styling, whilst maintaining the classic PARADISE LOST feel.”

About the choice to make her the figurehead of this new album singer Nick Holmes adds:

“I was intrigued about a greater meaning and thinking more along the lines of what Medusa represents metaphorically. Medusa as a title works in many ways. From a Nihilist perspective, when I read the description of ‘Medusa’ on the wikipedia page: ‘Attempts to avoid looking into Medusa’s eyes represents avoiding the ostensibly depressing reality that the universe is meaningless’  The title was pretty much in the bag!”

Furthermore, the band has announced a very special release show that will take place in Stuttgart at the iconic LKA Longhorn. Only on this night of September 1st, PARADISE LOST will perform their entire new album in its entire length – and be prepared for some more surprises during this exclusive event that will be revealed soon! Make sure to save one of the stricly limited tickets here in our shop:
http://www.nuclearblast.de/de/262568
Shortly later, PARADISE LOST will embark for an extensive European journey and bring their label mates and US doomsters PALLBEARER, as well as SINISTRO from Portugal. To drown in beautiful sorrow, visit the tour on one of the following dates:
01.09.  D         Stuttgart, LKA Longhorn *exclusive release show* 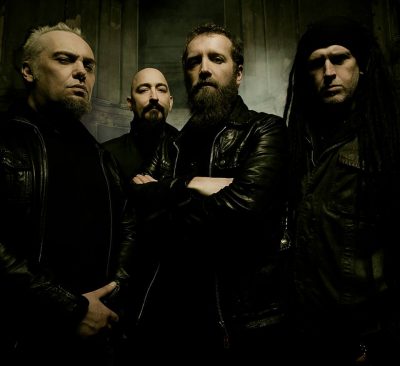