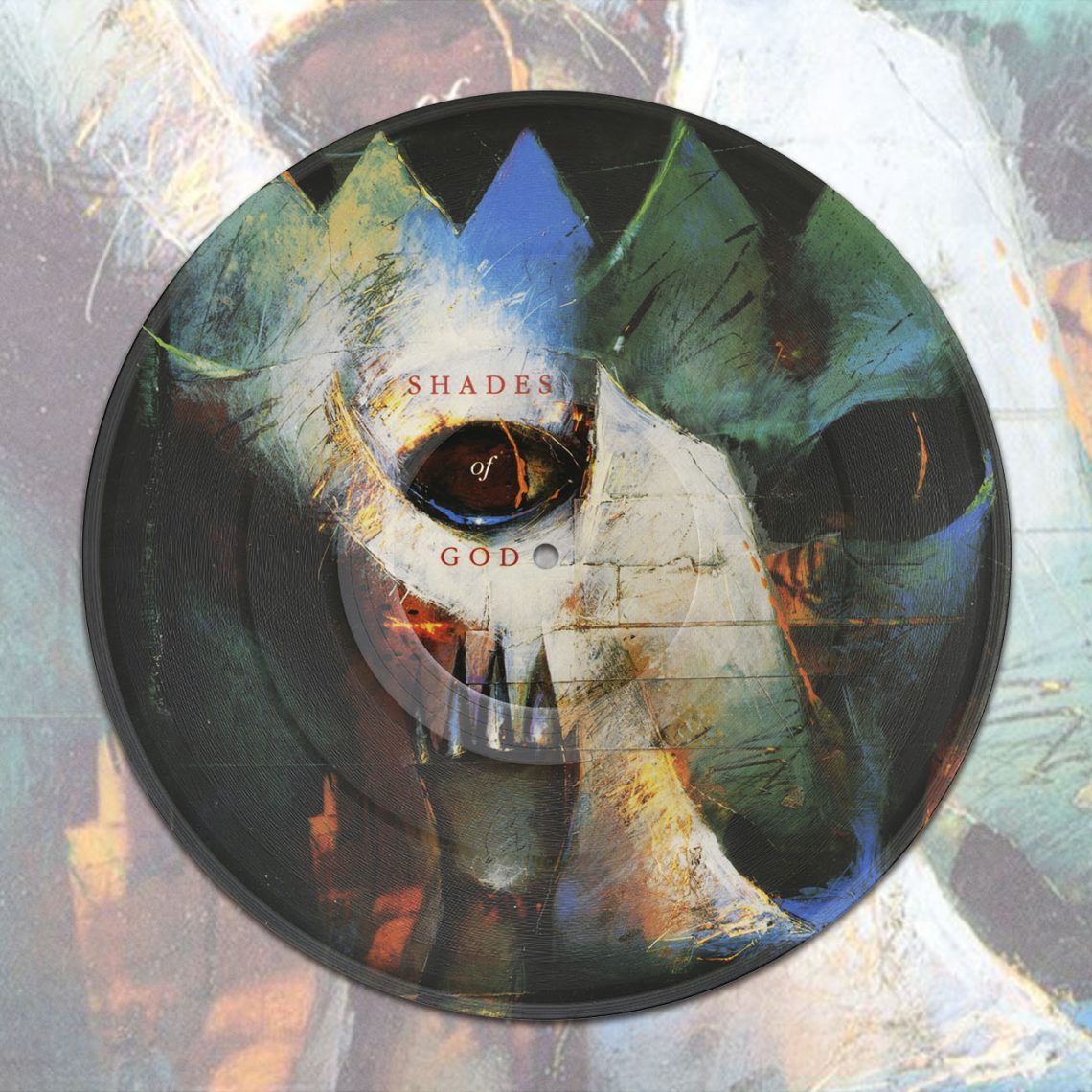 It was with great trepidation that I approached the playing of this vinyl as picture discs usually don’t have a very good sound.

That is not the case with Paradise Losts’ Shades Of God re-issue. Completely remastered from the original tapes & sounding so much better than the original 1992 black vinyl.

Not only does this picture disc look beautiful but it sounds beautiful too.  I have never heard a picture disc sound so good. No background hiss or rumble whatsoever. The joys of modern pressing technology.

Frontman Nick Holmes comments:  ‘We recorded Shades of God in a remote farmhouse near Kettering. It was our first album with Music For Nations and producer Simon Efemy and probably the most memorable recording session we have ever done. For the first 3 weeks we had no TV to watch, the internet of course didn’t exist so we had to entertain ourselves with Ouija boards, ghost stories and playing tricks on each other for amusement.  Musically I think it’s one our heaviest albums and very different to Gothic, heading in a more doomy direction, really riff orientated with a vocal style that would eventually lead to Icon.’

20+ years on this album is still as heavy as a tonne of bricks & as rifftastic as it gets.

Paradise Lost are a band that have always re-invented themselves & have never made the same sounding album twice which is part of this bands staying power.

‘Shades of God’ will be released on 12”vinyl picture disc through Music for Nations on 22nd July.   Pre-order – http://smarturl.it/ParadiseLost_MFN