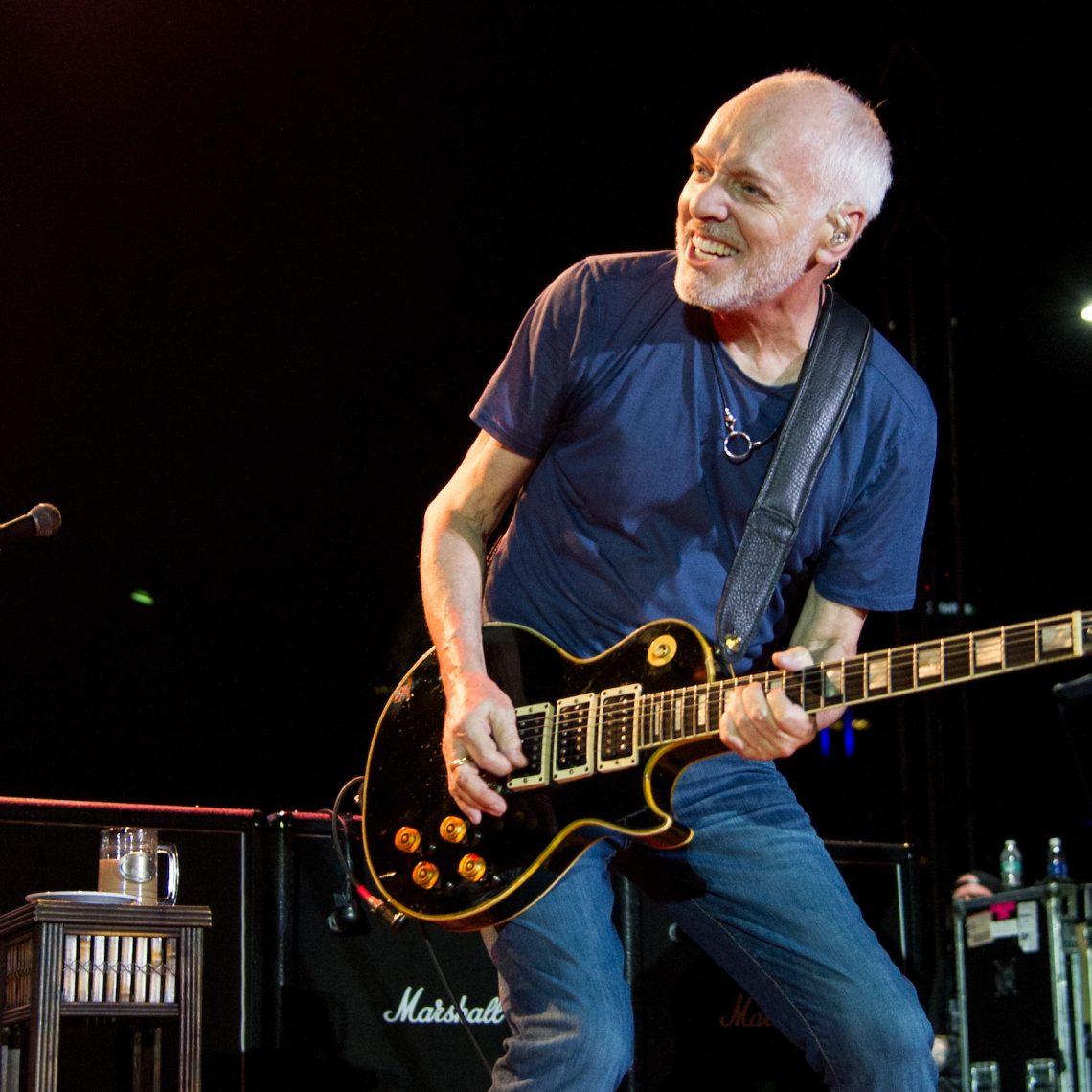 Legendary guitarist Peter Frampton has confirmed UK dates on the Peter Frampton Finale – The Farewell Tour. The run will kick off in Edinburgh on May 24, 2020 and end in London on May 31. Tickets will go on sale on Wednesday 18 December at 10am via www.myticket.co.uk/artists/peter-frampton with VIP packages available at www.frampton.com. 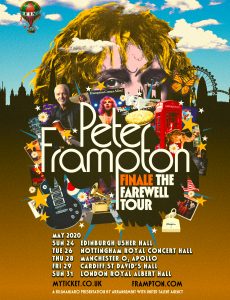 The UK shows are…

Peter Frampton says, “I look forward to seeing my dear friends in the UK next year. My Finale Tour is a trip through my music with my incredible Peter Frampton Band.”

In October of this year, Frampton wrapped the North American leg of the Finale Tour. The new UK dates will round out the tour – after which, Frampton plans to retire from regular vigorous touring due to his diagnosis of the autoimmune disease Inclusion Body Myositis (IBM). IBM is a progressive muscle disorder characterized by muscle inflammation, weakness and atrophy. Frampton discussed his diagnosis with CBS “This Morning: Saturday” ahead of the North American dates and in a part two episode with CBS “This Morning” taped at his Madison Square Garden show last month, watch HERE.

Moreover, All Blues (Universal Music) – Frampton’s first-ever blues album with the Peter Frampton Band – continues to receive widespread critical acclaim. The album remained at the number one position on the Billboard Blues Albums Chart for 15 weeks, marking Frampton’s best overall sales numbers and chart positions since the release of his Grammy Award-winning album ‘Fingerprints’ in 2006. USA Today raves, “All Blues captures Frampton at full technical and emotional power.” The album is available HERE. The vinyl version includes the bonus track “I Feel So Good” (written by Big Bill Broonzy, originally performed by Muddy Waters) and is also available now as a limited edition translucent blue colour pressing exclusively at PeterFrampton.com.

All Blues was recorded with Frampton’s longtime touring band, made up of Adam Lester (guitar/vocals), Rob Arthur (keyboards/guitar/vocals) and Dan Wojciechowski (drums). The album was recorded at Frampton’s studio in Nashville, Studio Phenix, and was co-produced by Frampton and Chuck Ainlay. It features collaborations with Kim Wilson, Larry Carlton, Sonny Landreth and Steve Morse.

Peter Frampton remains one of the most lauded artists in rock history. This year, The Music Business Association presented him with the Chairman’s Award for Sustained Creative Achievement at the Awards & Hall of Fame Dinner that is part of the Association’s annual conference – Music Biz 2019. Frampton was also honoured with the Les Paul Innovation Award at the 2019 NAMM Show’s 34th annual TEC Awards and celebrated the 43rd anniversary of his fifth solo album, Frampton Comes Alive!, one of the top-selling live records of all time (over 17 million copies sold worldwide).

1.  I Just Want To Make Love To You (featuring Kim Wilson)