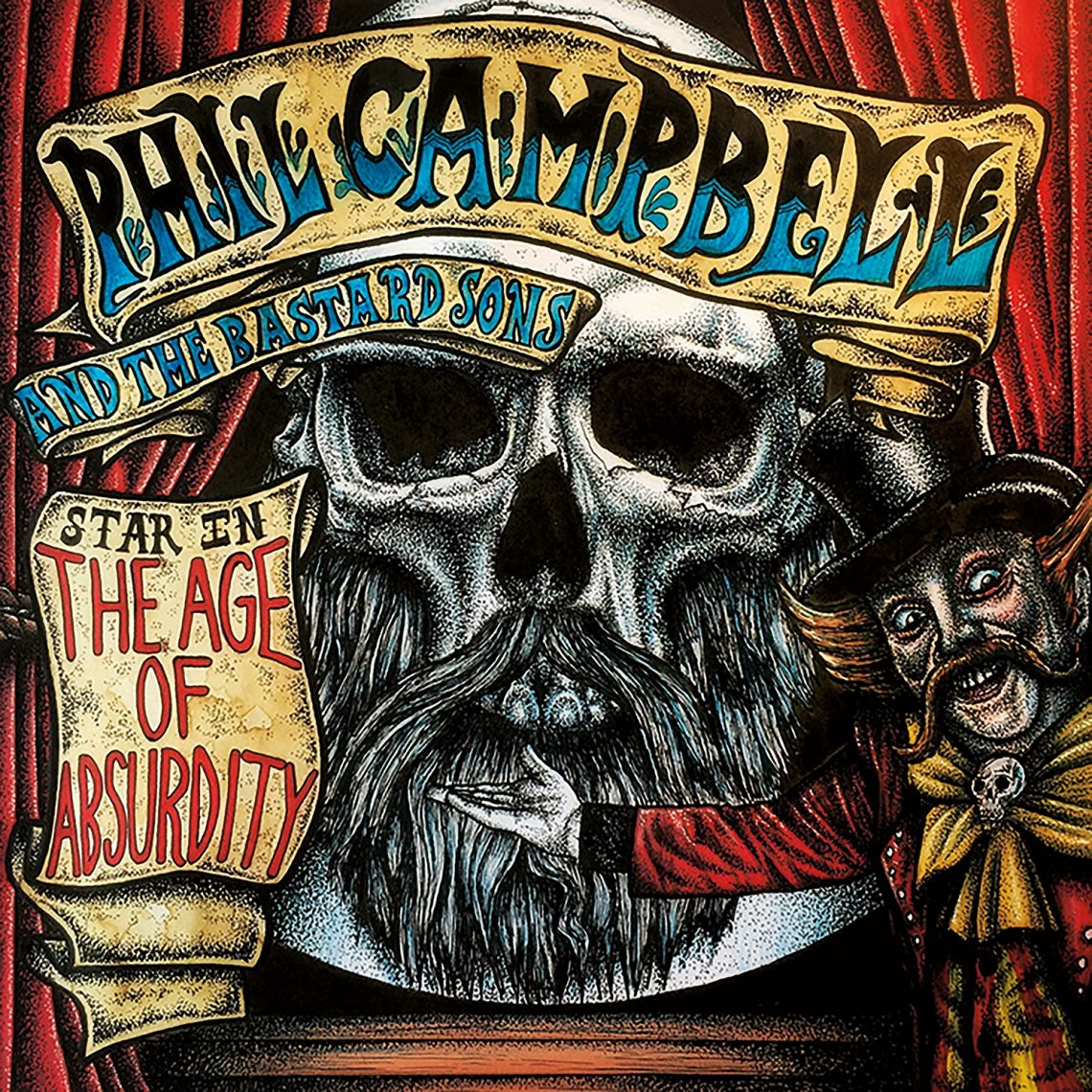 Over the past couple of years, the world has sadly lost one of the biggest bands in heavy rock history…since as recently as 2015 we’ve had to raise our horns, down our whiskey’s and say goodbye to not only the icon himself, Lemmy Kilmister…but also his associates Phil “Philthy Animal” Taylor and “Fast” Eddie Clarke in quick succession…but collectively you knew them as MOTORHEAD. Considered by many as the ‘classic’ line-up, Motorhead went on to become one of the biggest names in rock and metal with a career spanning decades…and their legacy will live on forever, but not just through their back catalogue…oh no. One of their longest serving members, one Mr Phillip Anthony Campbell is thankfully, still alive and kicking and he’s got some new music for us all to enjoy in 2018! Returning with his newest band PHIL CAMPBELL AND THE BASTARD SONS (He’s literally playing with his three sons; Todd, Dane and Tyla and completed by STATES AND EMPIRES vocalist Neil Starr) they’ve recently unleashed their debut album and are ready to rock you old-school…let’s prepare ourselves for “The Age Of Absurdity”…

The album opens up with “Ringleader” and right away we’re greeted with a fuzzy guitar intro leading into some traditional, good ol’ fashioned hard rock riffs…this will immediately bring back fond memories of early Motorhead with its frenetic pacing, walking a fine line between rock ‘n’ roll and dabbling in thrash…the chorus has a southern rock tone to it allowing for key changes and there’s a decent solo to boot, it’s a solid start indeed. Likewise with “Freakshow” which follows up right behind it with very much more of the same general tone, although it focuses far more on groove and it’s got a huge hook during the chorus allowing for a really catchy track overall. The real highlights though however are “Gypsy Kiss”, with its bass-driven, short sharp delivery…really channelling all of that Motorhead heritage into a brief yet ballsy piece of music, and “Get On Your Knees”…with it’s simplistic, no-nonsense approach allowing you to rock out like it was intended; with a beer in hand and your heads banging in unison; there’s nothing to not enjoy about this.

The lesser tracks are only really affected by contrast if anything…”Dark Days” for example does no wrong in utilizing a sultry, deep southern blue’s tone throughout, with the harmonica adding a great level of character, while closing track “In The Dark” is undeniably emotive, with a clear feeling of pain oozing from the slower, melancholic guitar playing but at over six minutes it stands out here as being just a touch lengthy, it just feels like it drags along more than all before it, but really that’s only because the rock ‘n’ roll within has been as enjoyable as it has been. There’s no frills with this album and that’s it’s charm, it’s back to basics, old-school rock ‘n’ roll, acting as both a trip down memory lane and a refreshing reminder that sometimes, less is more. Well done ya’ bunch of bastards.

Phil Campbell And The Bastard Sons – The Age Of Absurdity: Album Info 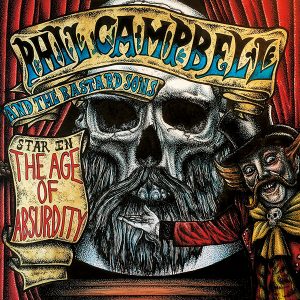 For all things Phil Campbell and the Bastard Sons Click HERE & to purchase the album, click HERE