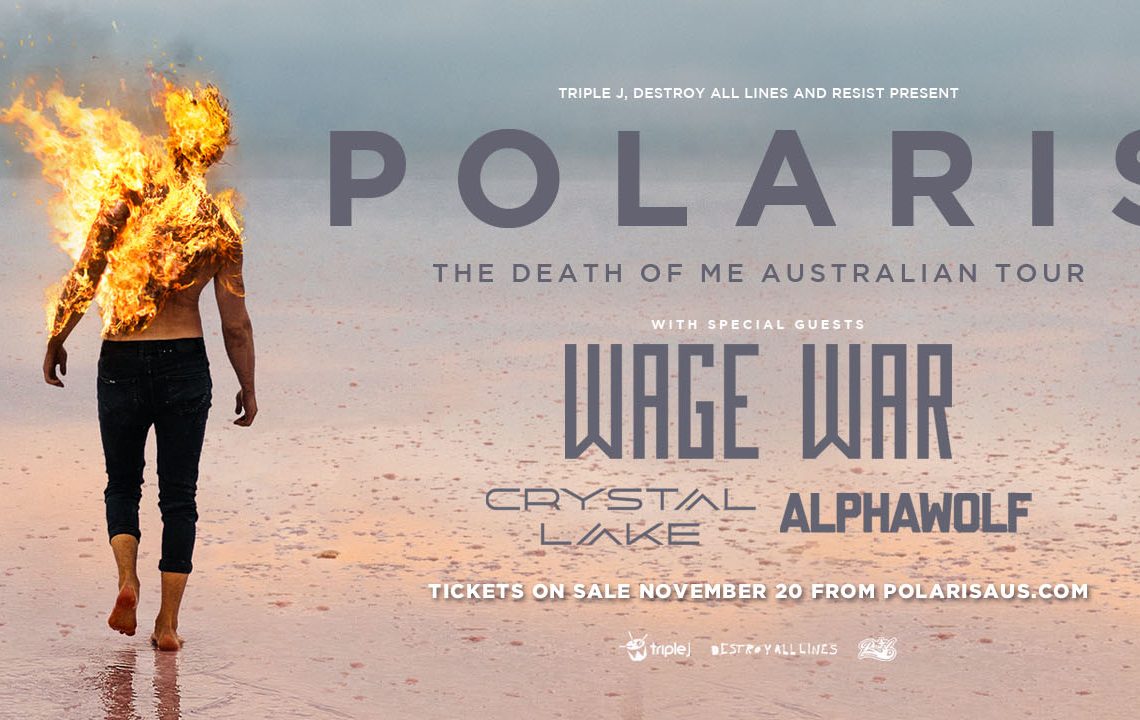 Polaris: The Death Of Me – A Review

So I’ve been tasked with opening myself up to music that I would normally not listen too. For those that know me, I like my rock blues based. And I’m not exactly a massive fan of growling and screaming. However, in the spirit of finding new music I picked up the second album from Aussie metalcorers Polaris.

The band members are:

Being released on the Resist/Sharp Tone label on 21st Feb, ‘The Death Of Me’ follows the bands acclaimed debut album The Mortal Coil released 2 years ago.

And being completely honest with you, I had never heard of Polaris before. Metalcore is not a genre that I have ever delved too deeply into. Do Slipknot count as Metalcore? I mean, I enjoy Trivium whenever I see them live, but i don’t own any of their albums and I’d struggle to name one of their songs even with a gun to my head.

After my first listen to the album I made a few initial notes and here they are for you for complete honesty.

This is how I generally start my review, I listen to the album all the way through (hopefully with no distractions) and make some initial notes, that instant reaction down. I think each of these notes is pretty accurate.

Oh, and I know you know, but that band with 2 singers is Mushroomhead.

One of the real highlights on the album I noticed straight away. “Vagabond” is superb. It uses a combination of both vocalists and it moves by at a pace. In fact, I relayed it a couple of times just to get the full effect. And the guitar solo at the end is superb, it’s well crafted and it maybe the absolute high point of the album for me.

There are a few moments which fell a little short, for example the opener “Pray for Rain” whilst its okay, it felt a little disjointed. A bit like there were two or more songs mashed together. It doesn’t sound bad, but it is probably the weakest song on the album to my ear.

And now I have to address the elephant in the room.

Generally I’m not a fan of shouting, screaming or growling vocals. In fact, there are large chunks of music from a range of bands that I just ignore due to this. This is often quite annoying as the music can be pretty good but when the vocalist starts to scream I just fall out of the pocket I like to get into when I listen to music. If I do feel in the mood to listen to screamy/shouty music it’ll be sparingly.

For example, the best time for me to listen to screaming vocalists is 11.20am on the Sunday of Download when I’m stood, swaying slightly, in one of the tents surrounded by hundreds of like minded idiots who are over tired, feet hurting, burger for breakfast and still pissed from last night. This is the perfect time for my little mind to accept someone growling or screaming at me for half an hour.

So I was surprised by how much I enjoyed this album.

Nero forte is heavy and Corey has a heavy voice with a tendency to growl rather than scream. During the chorus he has an almost falsetto style of singing. The verses tend toward the lower register which compliments the music so well. Corey has perfected the ability to change styles from singing, to growling, to screaming and shouting based on what the song needs. In fact, right now, I don’t think I could name a better all round vocalist in all of music today and his work on the entire Not Long For This World album is some of his best work. Ever.

On “Vagabond”, the music is slightly lighter but still heavy enough. However, it is in the vocals where there is a real difference. Jamie Hails seems to growl and scream at full volume and close to the top of his range. Throughout the song (and in almost the entire album) he doesn’t change much about his way of singing. There doesn’t seem to be much nuance going on with his style. I know it’s not quite like for like, but it’s near enough.

The good news is that Jamie Hails hasn’t been around for as long as Corey Taylor, I mean he’s been #8 for the best part of 25 years and he’s learned that screaming at full volume all the time isn’t always the best approach. I can see no reason why Jamie can’t grow into his voice and discover a more nuanced approach whilst still maintaining his aggression and passion he currently displays.

Oh and did I  mention that I really like “Vagabond”? And the solo at the end is really superb, props to Ryan Siew (I think he was born in 1997/8, I wear socks older than this kid).

I think Polaris have a very bright future and if you want to be one of the cool kids you’ll buy this album and get yourself a ticket to one of their UK shows. Personally I’m hoping to see them in The Fleece in Bristol in early May, who knows I may be able to wrangle a back stage pass and interview (Please make it happen boss, after all, Santa said I’ve been a good boy).

As I’ve said I was surprised how much I enjoyed this album. I had a pre-conceived notion in my head that I wouldn’t be able to get past those screaming vocals. However, I have found myself revisiting the album time after time. “Vagabond” is on my heavy playlist and “Martyr (Waves) “and “All of This is Fleeting” may join it.

Am I a convert to Metalcore? No. However, I will definitely give this genre more time in the future. 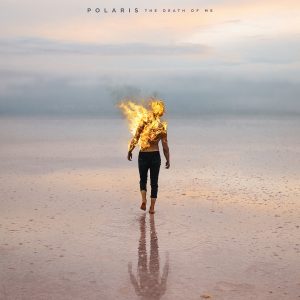