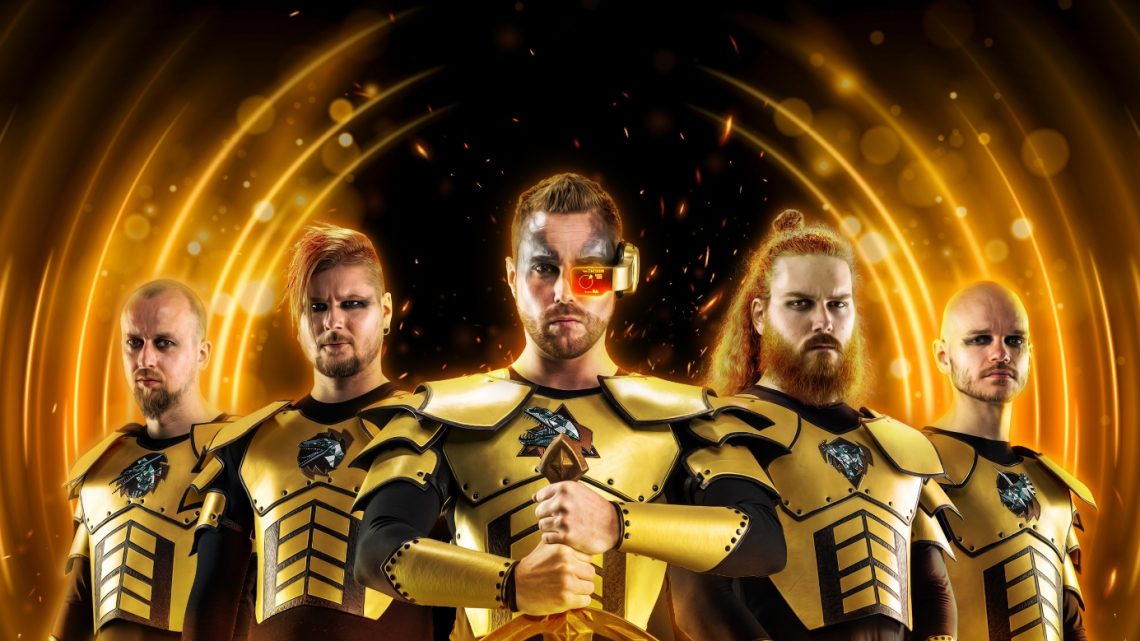 Prepare yourself for another battle of fantastical might with German power metal space warriors VICTORIUS! Leading the listener into a far-out world of myths, tales and battles with new allies to save mankind, their new album, Dinosaur Warfare Pt. 2 – The Great Ninja War, merges the worlds of the band’s Dinosaur Warfare – Legend of the Power Saurus EP and previous album, Space Ninjas from Hell. This otherworldly amalgamation blends the thrilling plot of their new opus with grand storytelling, forcing you to wonder if you’re listening to an album, or experiencing the next huge blockbuster action hit, on record!

Out June 24, 2022 via Napalm Records, this adventurous ride sees the mighty dinosaurs rise again to fight against the evil space ninja clan Sunbladers. Led to the battleground by a magical mammoth, the laser dinosaurs unite their power on earth and in the sky to halt the ninja’s second try to enslave mankind!

Today, VICTORIUS deliver the album’s smashing first single, “Dinos and Dragons”! The track offers epic tunes and catchy, intense speed metal guitar solos that herald their next battle against the evil space ninja clan Sunbladers. Stay tuned for their next move in this ongoing feud!

VICTORIUS on “Dinos And Dragons”:
“Sharpen your sword and saddle your dinosaur! We´re proud to present you the first song and video from our upcoming new album! ‘Dinos and Dragons’ combines all trademarks VICTORIUS is known for: Speed, crushing guitars and an epic chorus that will get stuck in your head! As it continues the story of the dinosaurs as well as the space ninjas, we thought this is the perfect song to give you a first taste of what the new album is about! Also the great work of director Mirko Witzki and his team visualizes this song perfectly. As said, this is just a first taste. To be continued…”

Dinosaur Warfare Pt. 2 – The Great Ninja War sets off with a monumental introduction, cracking open this mystical world as it flows into “Victorious Dinogods”. The track initiates battle with relentless power metal as the mighty dinogods resurrect to protect mankind against the space ninja attack. Luckily, the dinogods don’t stand alone, as they are proudly joined in battle by the “Mighty Magic Mammoth”, awakened by a fiery comet. But wait, there are more brothers-in-arms (and songs) on their way – like “Jurassic Jetfighters”, “Triceps Ceratops” and “Tyrannosaurus Steel”. The three join forces to fight the ninjas and their fearsome dragon, as fabled on smashing track “Dinos and Dragons”, spiced with an intense guitar solo praising the tradition of speed metal with a remarkable virtuosity. A foreshadowing of what’s to come when the ninjas take command is described with “Katana Kingdom Rising”, setting off with stomping drums that lead to an anthemic chorus. Strong symphonic elements are witnessed on “God of Roar” as well as on the powerful track “Night of the Nuclear Ninja”, which tells the story of the space ninjas transforming into even deadlier, nuclear versions of themselves. This is when another grand figure joins the fold: the giant “Powerzord”, a mighty robot lord, who comes to the aid of the dinosaurs in battle with the aim of finally freeing mankind from the space ninja threat. Will the dinos and their brave supporters manage to prevent the nuclear ninja kingdom from rising? Find out on Dinosaur Warfare Pt. 2 – The Great Ninja War – a roaring good time for all!

VICTORIUS on Dinosaur Warfare Pt. 2 – The Great Ninja War:
“Mighty Dinosaurriors! Get ready for the next chapter of our epic quest! Dinosaur Warfare Pt. 2 – The Great Ninja War is nothing more than the most ambitious album we´ve ever made. 12 songs full of speed, melodies, hooks and epic-ness! Together with producer Lars Rettkowitz we’ve created the soundtrack for an intergalactic Power Metal adventure you can´t escape from. The war rages on! Choose your side!” 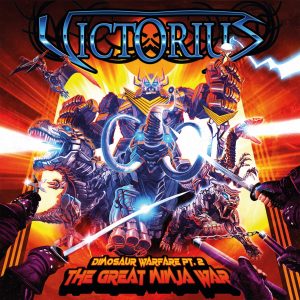 ON THE BLUE CRUISE 2023 ANNOUNCED